Will Julian Edelman, Patriots be punished for faking a head injury against the Bills? 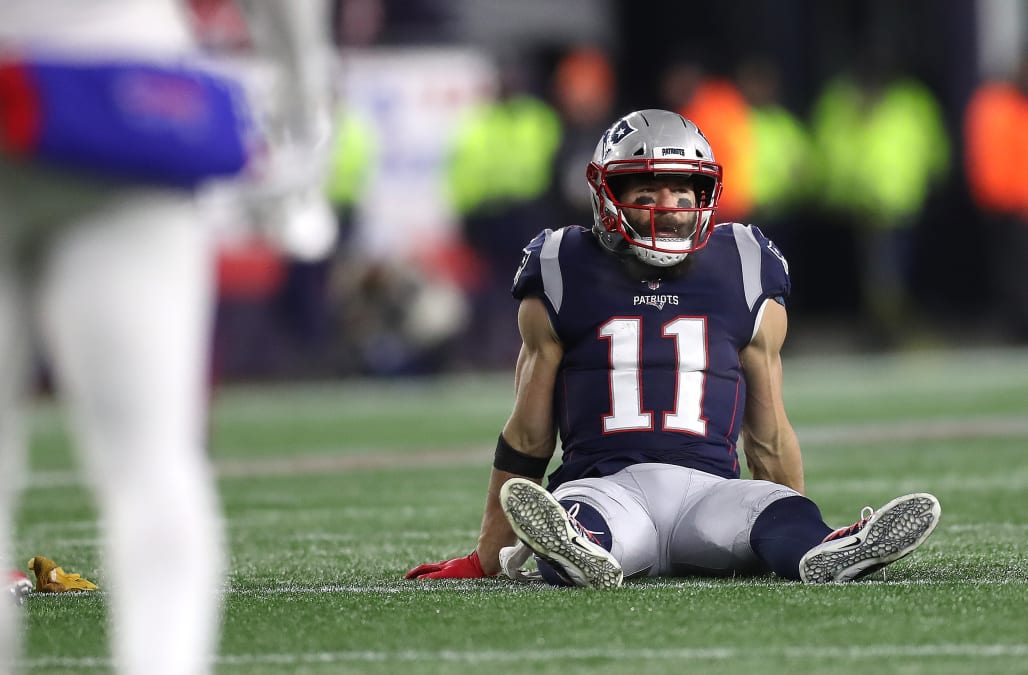 In fact, he quickly admitted to it after New England’s 24-17 win against the Buffalo Bills on Saturday night.

In the third quarter, Edelman collided with safety Jordan Poyer and fell straight to the ground — and remained totally still almost as if he had been knocked unconscious. Once he saw penalty flags had been thrown, Edelman jumped back up.

Not sure the OPI was intentional on Edelman. Looks like maybe he's just protecting himself. But I also get why it has to be called. Stalls the drive but Folk buries a long FG and #Patriots retake the lead, 13-10. pic.twitter.com/blbWEZFlDy

“I was trying to sell it,” Edelman said, via NESN. “Maybe they didn’t see it. Then three flags were literally in my face. That sell didn’t work and it got me taken out for a quarter.”

Edelman was called for offensive pass interference, bringing back what would have been a touchdown from Benjamin Watson. He was then pulled from the game and taken to the locker room to be evaluated for a concussion.

While he was fine, Edelman defended the play.

“Those are tough plays,” Edelman said, via NESN. “It’s a bang-bang play. It’s a slant-flat. They were in man coverage, and you’re trying to set up your guy, and all of a sudden you come off and you break off of it and you’ve got that guy right up in your face. And you try to protect yourself, and then I saw three flags. Those are tough plays.”

Should Edelman be punished?

Neither Edelman — who had 72 yards on five receptions in the win — nor the Patriots have been punished for his actions yet, though there is some precedent to do so.

Then-Pittsburgh Steelers wide receiver Emmanuel Sanders was fined $15,000 in 2012 after faking an injury during their game against the Cincinnati Bengals. Sanders suddenly grabbed the back of his leg and fell to the ground during the fourth quarter of that game, though received no treatment and returned to finish out the game. The Steelers were also fined $35,000 for the incident.

Edelman’s situation is different than Sanders’ was in 2012. Edelman clearly took a big shot from Poyer, one that could have caused significant damage. He also wasn’t faking his injury to earn a free timeout for the Patriots — which is prohibited in the rule book — but rather to try and get out of an offensive pass interference call.

Regardless, the league could hit Edelman and the Patriots with a fine here if they choose — especially since Edelman was so candid about the incident after the game.

While it’s not clear if anyone will be penalized or not, one thing is certain: Faking an injury, especially one to the head, isn’t generally a good idea.