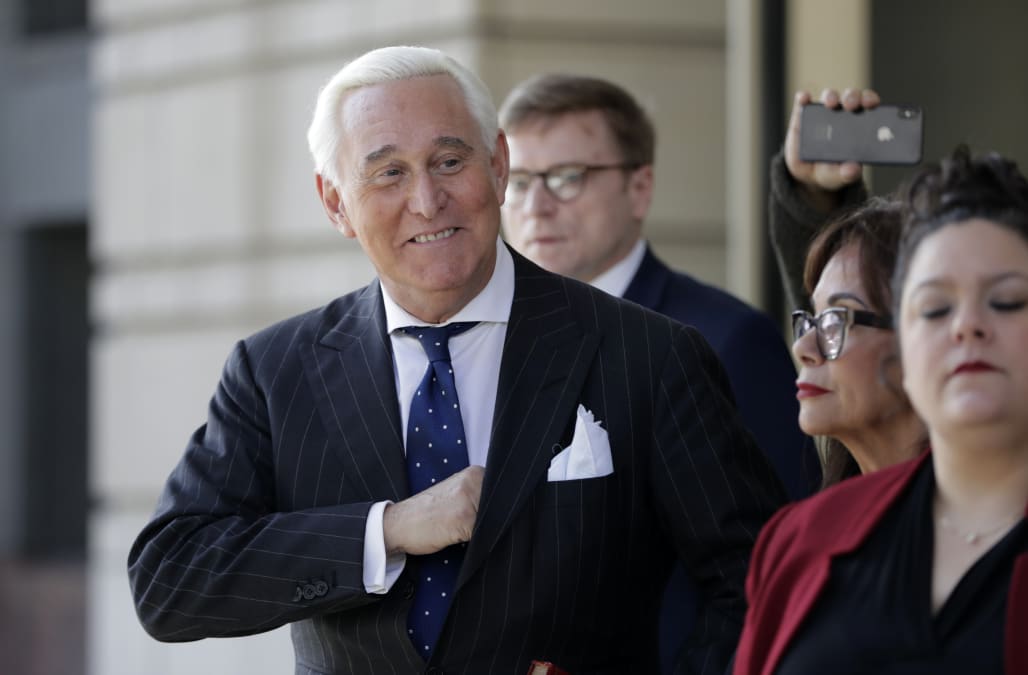 Trump, talking to reporters following a video teleconference with members of the military at his Mar-a-Lago resort in southern Florida, first said he "hadn't thought of it" when asked if he would pardon Stone, but then lambasted the criminal case against him.

"I think it's very tough what they did to Roger Stone, compared to what they do to other people on their side," Trump said.

"I've known Roger over the years. He's a nice guy. A lot of people like him, and he got hit very hard, as did General Flynn," Trump added, referring to his first national security adviser who pleaded guilty to lying to the FBI during special counsel Robert Mueller's probe of Russian interference into the 2016 election.

Trump added that "a lot of other people...got hit very, very hard."

"And what they did to so many others is very unfair, and now we found out there are a bunch of dirty cops," Trump said, referring to a Justice Department internal watchdog report that found that the FBI mishandled parts of its application to monitor a Trump campaign aide as it was probing possible Russian interference in the 2016 election. The report, however, also found that the overall investigation was justified.

Stone served early on as an adviser to Trump's 2016 campaign and has called the case against him politically motivated.

Stone was found guilty last month on seven counts against him —including witness tampering and making false statements — that were related to his pursuit of Russian-hacked emails in 2016.

Prosecutors portrayed Stone, 67, as a serial liar who tried to bully witnesses into not cooperating with authorities. They charged Stone with making false statements, obstruction and witness tampering in a case that was an offshoot of Mueller's Russia investigation.

Stone was the sixth Trump aide or adviser to be convicted of the charges brought as part of Mueller's probe.

His sentencing is set for Feb. 6, and he faces up to 20 years in prison.