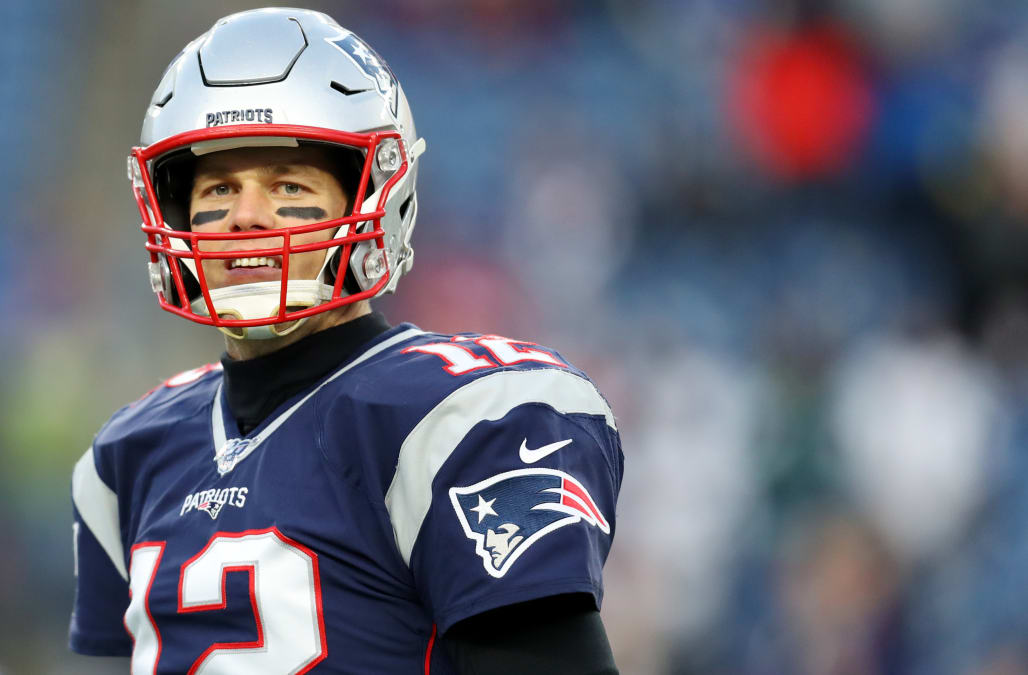 In 100 years of the National Football League, no player has been to and won more Super Bowls than New England Patriots quarterback Tom Brady, now considered by many to be the Greatest Of All Time.

But even he still looks up to someone.

Brady was recently named to the NFL's All-Time Team as one of the best quarterbacks to ever play the game. Brady, who has kept a chip on his shoulder after being drafted in the sixth round and dislikes G.O.A.T. talk, used the honor as an opportunity to praise the quarterback he grew up idolizing in Northern California: Joe Montana.

"It feels surreal today to be on this list alongside my idol," Brady wrote on Instagram on Tuesday. "I’m very honored and humbled."

The Patriots veteran shared the heartfelt words along with a brief memory of watching Montana play in person at the 1981 NFC Championship game in San Francisco — a matchup that became famous for "The Catch" made by Dwight Clark with less than a minute remaining in the fourth quarter.

"I’m sure there’s a kid out there somewhere who’s looking at this list, watching tape of me and Joe and making plans to knock both of us down a spot," Brady continued. "That’s why football is the best."

When I was 4 years old I watched Joe play at Candlestick Park on Jan. 10, 1982 and saw “The Catch”, one of the greatest plays in football history. It feels surreal today to be on this list alongside my idol. I’m very honored and humbled. I’m sure there’s a kid out there somewhere who’s looking at this list, watching tape of me and Joe and making plans to knock both of us down a spot. That’s why football is the best.

Brady and his Patriots won the AFC East division title on Saturday and are currently vying for the No. 2 seed in the AFC playoffs as the 42-year-old quarterback looks to add another Super Bowl ring to his current six, which is an NFL record. Montana finished his career with four.

More from Aol.com:
Packers star gets emotional after dominating Vikings to win division
Will Julian Edelman, Patriots be punished for faking a head injury?
It's official: The Seahawks are bringing back Marshawn Lynch