It's official: The Seahawks are bringing back Marshawn Lynch 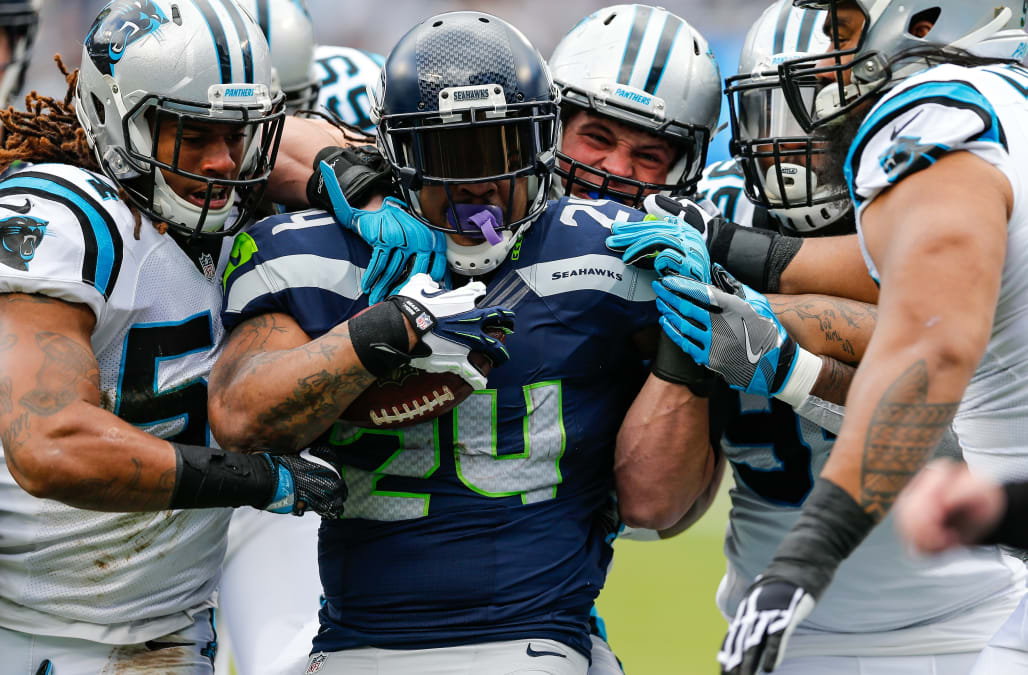 Beast mode is back.

Marshawn Lynch has agreed to a deal with the Seattle Seahawks, marking a return to the team where he made his moniker famous with a rumbling playoff run against the New Orleans Saints.

His agent Doug Hendrickson tweeted a copy of the contract on Monday night. Terms of the deal were not disclosed.

The Seahawks signed Lynch along with Robert Turbin after learning that starting running back Chris Carson will likely miss the playoffs with a hip injury suffered Sunday against the Arizona Cardinals.

With Rashaad Penny and C.J. Prosise also sidelined with injuries, the Seahawks found themselves desperate at running back as they face a Week 17 showdown with the San Francisco 49ers for the NFC West crown and a potential first-round playoff bye at stake.

Prosise suffered a broken arm against the Cardinals and Penny suffered a torn ACL in Week 14. The injuries left rookie Travis Homer as the only healthy running back on the roster. Homer has eight career carries for 52 yards.

Lynch, 33, hasn’t played in the NFL since ending last season with the Oakland Raiders on injured reserve with groin and core injuries. He played his previous two seasons in Oakland after a six-season stint in Seattle where he starred for the 2013 Super Bowl champions.

Lynch played four of his five Pro Bowl seasons with Seahawks after a midseason trade from the Buffalo Bills in 2010. He retired in 2016 only to return in 2017 to play for his hometown Raiders.

Lynch wasn’t a workhorse in Oakland, but he was effective when healthy, tallying 1,267 yards and 10 touchdowns while averaging 4.3 yards per carry over the course of 21 games.

Whether he can remain a viable NFL running back at 33 coming off a season that ended on injured reserve is yet to seen. But the options in Week 17 were few for the desperate Seahawks, and there are worse ideas than giving a trusted team icon another shot.

More from Yahoo Sports:
Panthers fans pay for 'Keep Cam in Carolina' billboards
Report: Marshawn Lynch traveling to Seattle to 'discuss' reunion with Seahawks
Doug Pederson celebrates win over Cowboys by kicking fan out of news conference: 'Is he credentialed?'