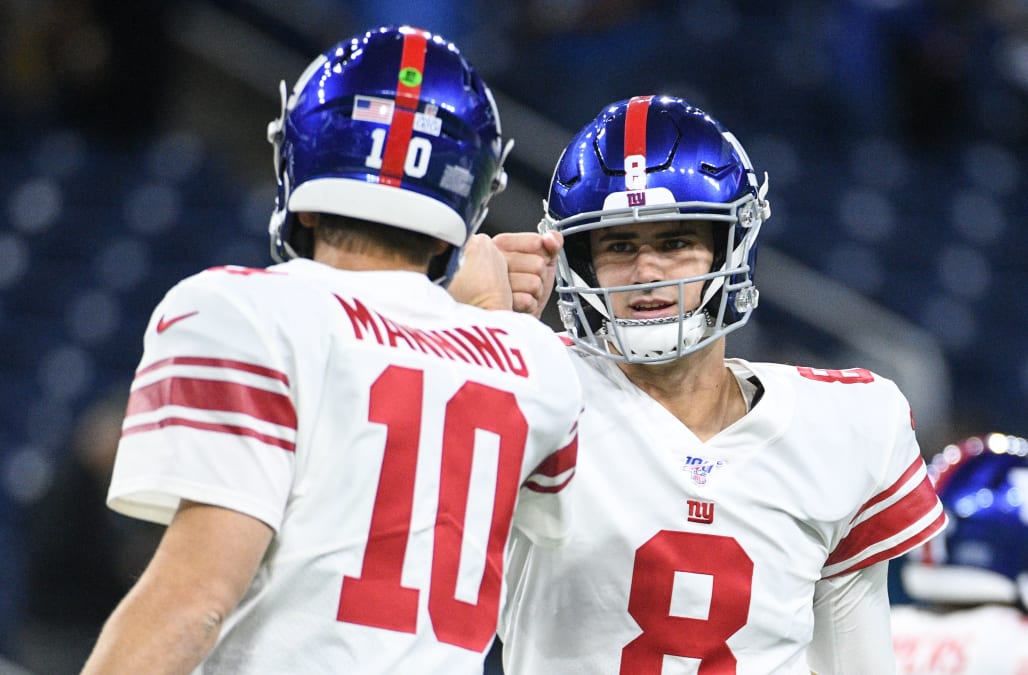 A two-game winning streak absolutely warrants a party — at least, if you ask Eli Manning and Daniel Jones.

Videos surfaced early Monday morning that appeared to show the two New York Giants quarterbacks playing drinking games at a bar after their overtime defeat of the Washington Redskins on Sunday.

Two-game winning streak for the Giants, so Eli Manning and Daniel Jones hit the bar to play some flip cup 🤣

According to those who posted the videos, the two were playing flip cup at a bar in Hoboken, New Jersey, as lights flashed. Music in the background ranged from dance tunes to throwback songs from the early 2000s.

Manning, 38, seemed to be keeping up just fine with his 22-year-old counterpart as he danced and tossed napkins into the air.

Giants head coach Pat Shurmur wasn't too happy with his quarterbacks' partying, however — not because he believes it will affect their play, but because he thinks he should have been invited.

Pat Shurmur on Eli Manning, Daniel Jones and teammates celebrating in Hoboken bar late Sunday night: “They should have invited me.”

Shurmur also confirmed that the men in the footage really are Manning and Jones.

While the Giants season has largely been dismal, their win over Washington on Sunday was worth celebrating. The teams ended the fourth quarter tied at 35 points apiece, with New York ultimately winning the high-scoring matchup 41-35 after a touchdown in overtime.

Neither the Giants nor the Redskins will be playing in the postseason.