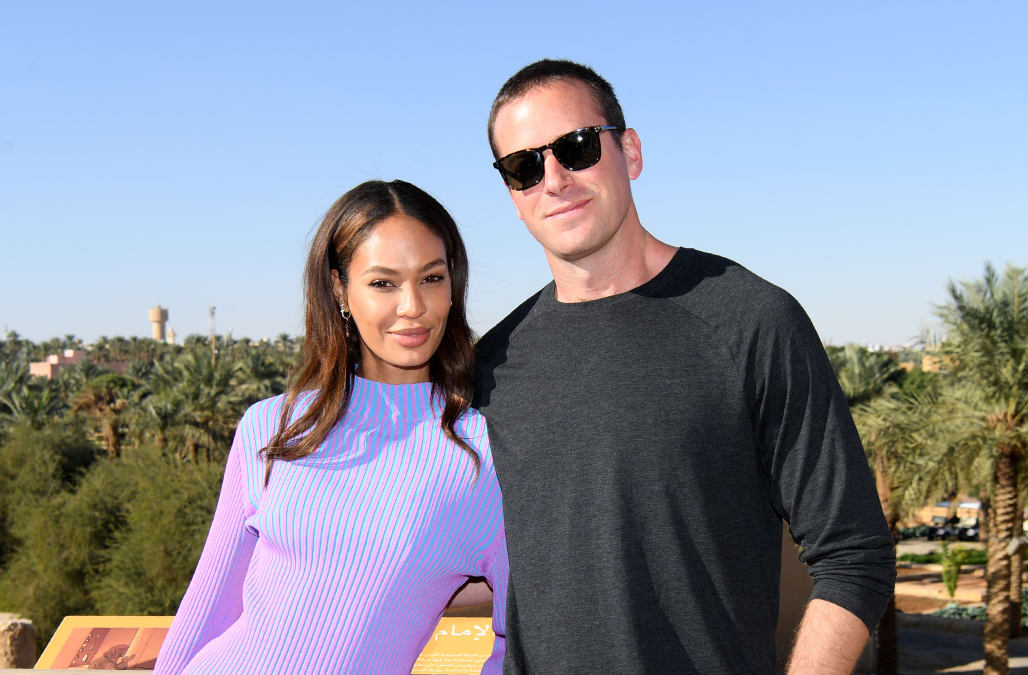 DIRIYAH, Saudi Arabia — Supermodels and social media mavens, their makeup artists and hair stylists in tow, posed at a concert in leather pants, chunky sweaters and trendy black combat boots. What was unusual about these Instagram posts was that they were all deliberately tagged in Riyadh, Saudi Arabia.

The bevy of Instagram stars, former Victoria's Secret models, including Alessandra Ambrosio, and Hollywood actors like Ryan Phillipe were invited to Saudi Arabia over the weekend to promote the kingdom's most eye-popping effort yet at showcasing the dramatic changes taking hold in this country, where more than half of its 20 million citizens are under 25 years old.

The public relations campaign aims to showcase Crown Prince Mohammed bin Salman's efforts to reform the conservative kingdom, but also comes amid the crown prince's sweeping crackdown on criticism and political expression inside the country. The fierce clampdown on civil society spilled over into the public eye last year with the murder of Washington Post journalist Jamal Khashoggi in the Saudi consulate in Istanbul.

The changes spearheaded by the crown prince are a staggering pivot from just three years ago, when religious police would storm restaurants playing music and harass women in malls for showing their face or wearing red nail polish.

Now, the kingdom has movie theaters and concerts. Women are allowed to drive and travel without male permission, and they can sit with men, unsegregated at restaurants. The kingdom began issuing tourist visas this year.

Female visitors are not required to wear the conservative black-flowing robe known as the abaya and headscarves in public, but are asked to dress "modestly" and to avoid tight fitting clothing.

The blast of glossy social media posts helped draw attention to the visit's purpose — to promote MDL Beast, a three-day musical extravaganza in Riyadh that drew more than 130,000 visitors on its first day alone, according to the General Entertainment Authority.

The Diriyah festival, which opened a month ago, has included sporting events like the world’s heavyweight boxing championship.

A popular social media account, Diet Prada, named and shamed some of the celebrities present, accusing them of allegedly accepting six-figure sums for attendance and geo-tagged posts to “rehabilitate the image of Saudi Arabia."

When asked by The Associated Press, the entertainment authority that licensed MDL Beast said some people had been compensated for promoting the event, but denied such high sums were paid to individuals.

Earlier this year, hip-hop star Nicki Minaj pulled out of performing in the kingdom over concerns about women's rights, gay rights and freedom of expression. The crown prince has come under fire internationally for the country's war in Yemen, which has led to the world's worst humanitarian crisis, the arrest of women's rights activists, clerics and writers and the killing of Khashoggi in Turkey.

Many welcome the reforms, while those who do not are often unable to publicly criticize the moves.

Those who dared have been detained and their social media accounts shuttered. In this absolute monarchy, the king holds final say on major decisions.

More from Aol.com:
Kyle Shanahan gives emotional speech to 49ers after death of C.J. Beathard's brother
21 of the most ridiculously strict rules the royal family must follow
Original 'Last Man Standing' cast member phasing out of the show: 'She hasn't been back, unfortunately'