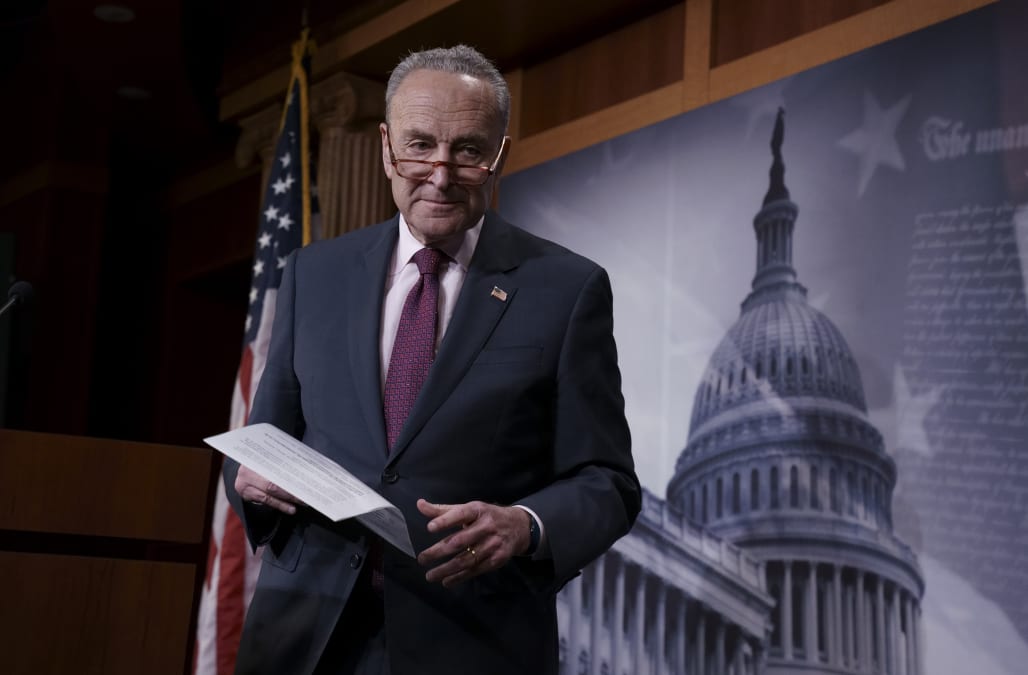 WASHINGTON, Dec 23 (Reuters) - U.S. Senate Democratic Leader Chuck Schumer on Monday outlined the kinds of documents he would like to have introduced as evidence in the upcoming impeachment trial of President Donald Trump, including emails and other communications held by the White House and State Department.

In a letter to his 99 fellow senators, Schumer wrote that denying the Senate these documents "would be to turn a willfully blind eye to the facts" in the abuse of power and obstruction of Congress charges against Trump that were approved by the House of Representatives last week.

On Thursday, Senate Majority Leader Mitch McConnell, a Republican, said that he and Schumer were at an impasse over the Democrat's demand for four administration witnesses to testify and for documents to be entered into the trial record.

The Republican president was charged with abuse of power and obstructing Congress' investigation. He has said he did nothing wrong.

His trial in the Senate is likely to start in January but no exact date has been set as Democrats and Republicans are at loggerheads over the rules for a trial.

Examples Schumer listed of potentially important documents were records between Trump and Ukraine President Volodymyr Zelenskiy related to the "scheduling, preparation for, and follow-up from" their April 21 and July 25 telephone calls.

Schumer also listed email communications related to "several occasions" in which National Security Council officials "reported their concerns to the NSC legal advisor about the decision to delay" almost $400 million in U.S. security assistance to Ukraine.

Detailed notes, emails and text messages that State Department witnesses told House investigators have been withheld by the administration also were included in Schumer's letter.

McConnell said on Monday that Republicans had not ruled out hearing witnesses in the impeachment trial, as sought by the Democrats, but wanted to leave the decision until after the trial begins.

Trump was impeached on two charges over his pressuring Ukraine to announce an investigation of former vice president Joe Biden, a potential Democratic candidate to run against Republican Trump in the November 2020 election.

There is little chance Trump will be convicted and removed from office through a trial in the Republican-led Senate, but the impeachment proceedings could resonate at the ballot box in November. (Reporting by Richard Cowan Editing by Alistair Bell)