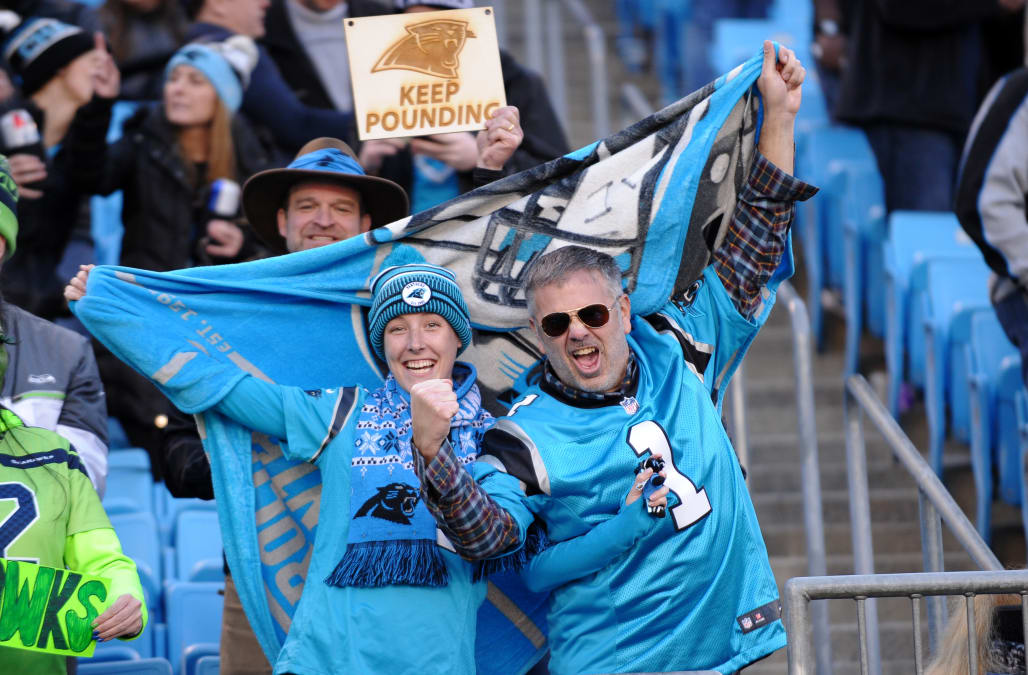 On Monday, electronic billboards near Bank of America Stadium in Charlotte began telling him just that.

Via Fox Sports 1340, fan Jesse Hardy III launched a Go Fund Me campaign earlier this month. “Keep Cam in Carolina” had a goal of $8,000 to purchase billboard space along the highways near the Panthers’ stadium and team facility.

If the goal amount wasn’t met, all money would have been donated to Newton’s foundation.

But Panthers fans and the community at large stepped up and the billboards went live on Monday. Monetary donations came in, including from a local Chevrolet dealership; Grace Outdoor Advertising provided a free week of coverage for the fundraiser, and a second company, Adams Outdoor Advertising, reduced its weekly price from $950 to $800.

Newton underwent surgery on December 12 to repair a Lisfranc injury in his left foot. His current contract ends after the 2020 season, but there have been rumors and speculation that this could be his last year with the Panthers since the team has younger quarterbacks Kyle Allen and Will Grier.

Allen had 17 touchdowns and 15 interceptions in 12 starts while Grier had three interceptions Sunday against the Indianapolis Colts in his first career start.

‘They got to get rid of me’

Despite his injury and recovery from surgery, Newton has once again held numerous events to give back to the city he’s called home for nearly a decade, holding his annual Thanksgiving Jam for hundreds of families and last week visiting schools and shelters, donating thousands of dollars and sharing his spirit.

As he served men at the shelter, chatting briefly with them, one said, “I’m just saying — they don’t appreciate you” while another was surprised to see Newton there, believing that it wasn’t true that the 2015 NFL MVP would be there that day.

He told Jonathan Jones of CBS Sports that just as the men at the shelter (and now, fans who donated to the billboards) want him to stay, he doesn’t want to leave.

“That's the plan. That's where I want to be. …You can't get rid of me that easily,” Newton said.

Later, he was stronger.

“Listen let me tell you something,” Newton said. “In order for me to leave, they got to get rid of me.”

More from Yahoo Sports:
Report: Marshawn Lynch traveling to Seattle to 'discuss' reunion with Seahawks
Doug Pederson celebrates win over Cowboys by kicking fan out of news conference: 'Is he credentialed?'
Dak Prescott prevents coin-toss controversy by yelling 'DEFER' as loud as possible