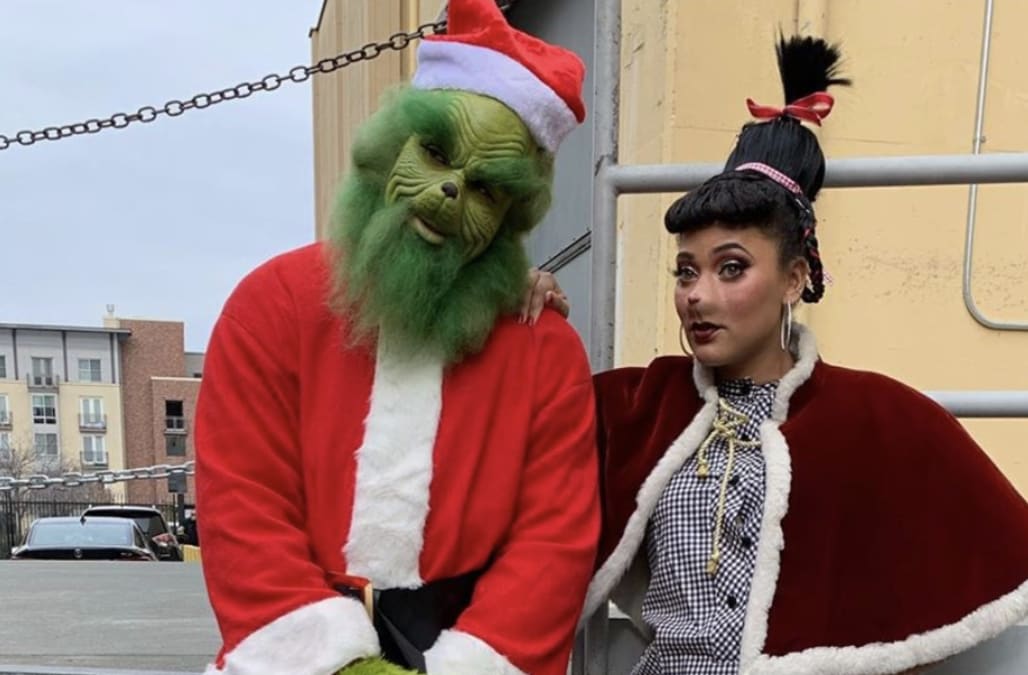 Just ahead of the winter holiday, the Golden State Warriors guard posted a photo on Instagram of his intricate Grinch costume that has left him totally unrecognizable.

"Christmas with the Currys!" the three-time NBA champion captioned a slideshow of photos, which also included his wife, Ayesha, who dressed up as Cindy Lou Who, another character from the famous Dr. Seuss stories.

Christmas with the Currys! the Grinch, Cindy Lou Who and Max (aka Rez). Thanks to everyone on the team that helped bring the 7th version to life. More to come @eatlearnplay 🙏🏽

The costumes served a larger purpose besides bringing Halloween vibes to Christmas. "Christmas with the Currys" is an annual event hosted by the family that has now hit its seventh year.

According to Curry's foundation, this year's event was able to bring gifts to over 500 Oakland-area families. He posted several photos from the day on social media, as well:

Grinch love the kids!!! Thanks again to everyone that help make this happen - @rakuten @chase @underarmour @warriors! #christmaswiththecurrys

The Curry family going all-out with costumes is nothing new. Despite suffering a broken hand the day before Halloween, Curry still pulled off a perfectly executed group costume with his wife and three children. The family of five dressed up as characters from the "Toy Story" movies, with Curry's Buzz Lightyear get-up even utilizing his injured hand.

Curry has been sidelined from the Warriors since Oct. 30 but was recently able to rejoin the team to continue his injury rehab.