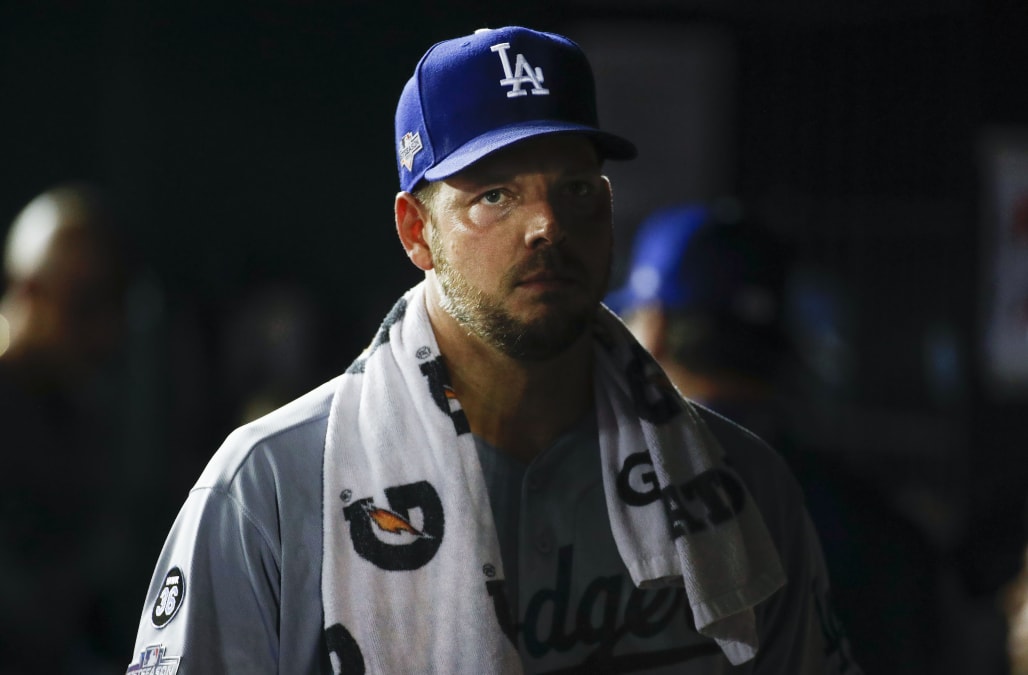 Major League Baseball pitcher Rich Hill and his wife were arrested outside of Gillette Stadium ahead of the New England Patriots game on Saturday, the Boston Globe reports.

Hill's wife, Caitlin, allegedly attempted to enter the stadium with an oversized bag multiple times and via several different gates prior to New England's game against the Buffalo Bills and refused to leave when directed to do so by police. Hill, 39, was then charged with disorderly conduct when he attempted to stop officers from putting his wife into a police vehicle.

The couple was arraigned on Monday and Hill's felony charge was dismissed. He and his wife were ordered to pay $500 each in fines for their actions.

The NFL's bag policy states that fans can only enter stadiums carrying clear bags that do not exceed 12"x 6"x12". Smaller bags, roughly the size of a hand, do not need to be clear in order to be allowed into stadiums.

Hill, a Massachusetts native, pitched for the Boston Red Sox from 2010-2012 and again in 2015. He most recently played for the Los Angeles Dodgers and is currently a free agent.