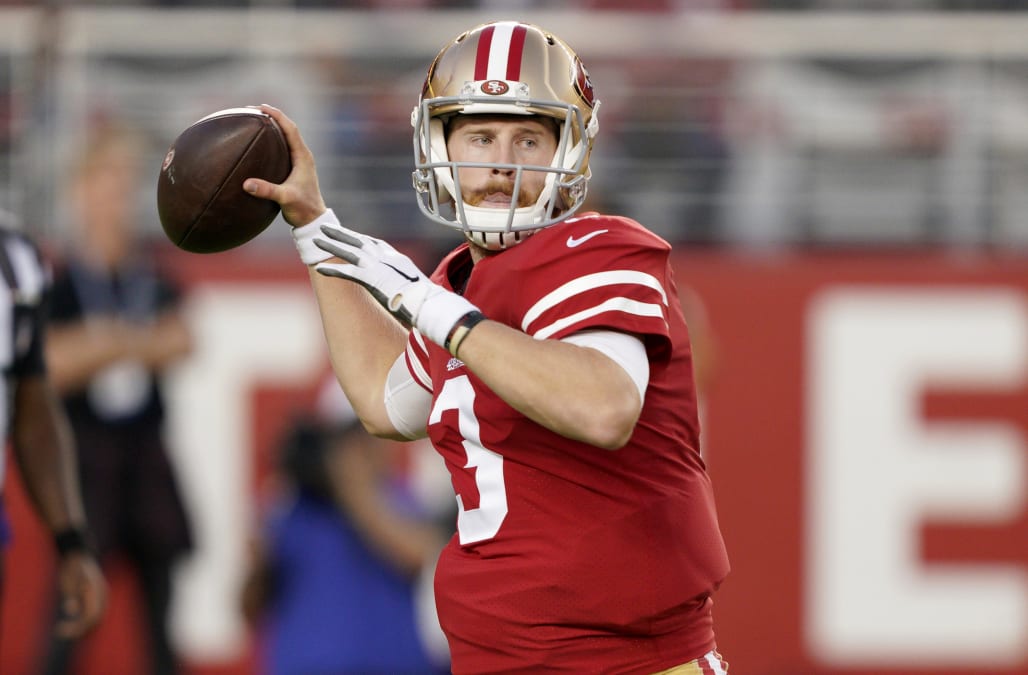 Tragedy struck the San Francisco 49ers family on Saturday when Clayton Beathard, the younger brother of quarterback C.J. Beathard, was fatally stabbed outside of a Nashville bar.

49ers head coach Kyle Shanahan was emotional while addressing his team and recalling the conversation he shared with Beathard, before the backup quarterback departed team facilities to be with his family.

"I spent an hour with him last night, and he was exactly like any one of us would’ve been last night — distraught, struggling to talk," Shanahan said of Beathard on Sunday. "The last thing he said to me when I walked out the door, he stopped me and just goes, 'You make sure the guys go and win this game.'"

The 49ers posted a clip of the heartbreaking moment between the coach and his team on Twitter. Beathard's teammates were visibly emotional, with several players crying as Shanahan shakily delivered his speech.

For the Beathard family ❤️ pic.twitter.com/Td26FyOEND

Beathard's team did just what he requested of them on Sunday night, defeating the Los Angeles Rams 34-31.

Clayton Beathard, 22, was one of three men stabbed in the tragic incident. Paul Trapellini III, 21, was also killed, while a third unidentified man was treated and released from a local hospital. Police are reportedly still searching for suspects.