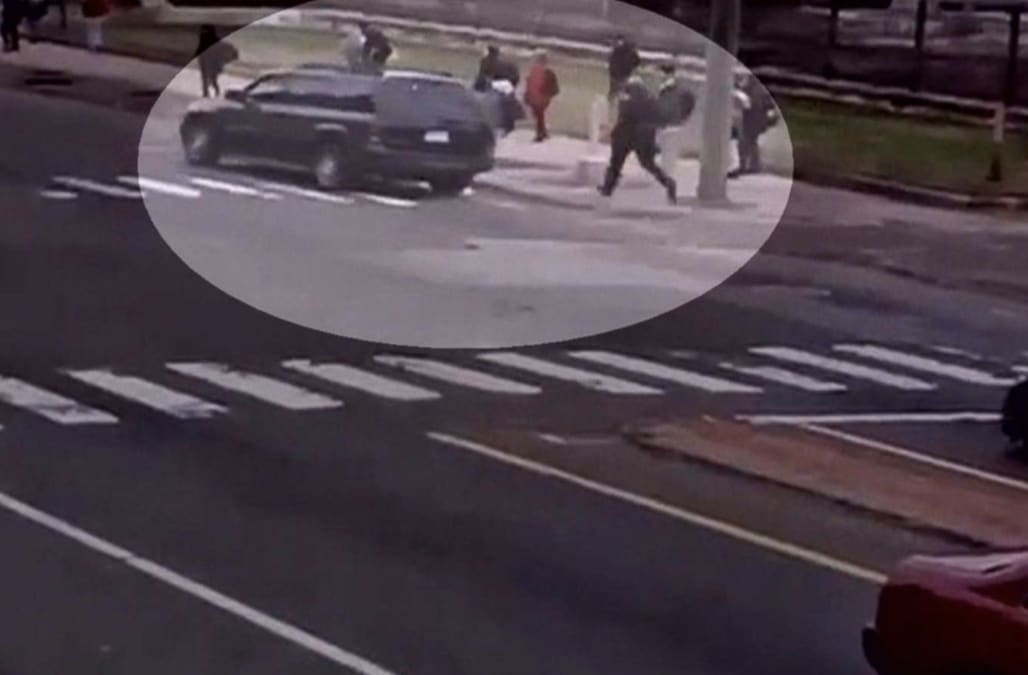 A traffic camera caught the incredible moment a police officer rushed to stop a driverless SUV that was rolling towards a group of teenagers on Dec. 16. "Good Morning America" shared the footage on Monday morning.

In the clip, officer Carlos Carmo Jr. is seen watching a black car pass by him as he patrols traffic near a high school in Bridgeport, Conn., when he starts to chase after the vehicle.

According to a later investigation, the car had been parked when, for an unexplained reason, it slipped out of park and merged into traffic. There was one person in the passenger seat and another in the back seat, police say.

"I was just thinking in my mind, 'I've got to find a way to stop this,'" Carmo told "Good Morning America."

Carmo then grabs ahold of the car's door handle and pulls until it comes to a stop. Carmo sustained minor injuries and was treated, but the group of students walking nearby, as well as the two passengers in the out-of-control car, were unharmed.

Mayor Joseph P. Ganim says Carmo will be recognized for his bravery and selflessness in this unusual emergency situation.