Dad shoots barber over 13-year-old son's haircut: 'They fixed the haircut for free' 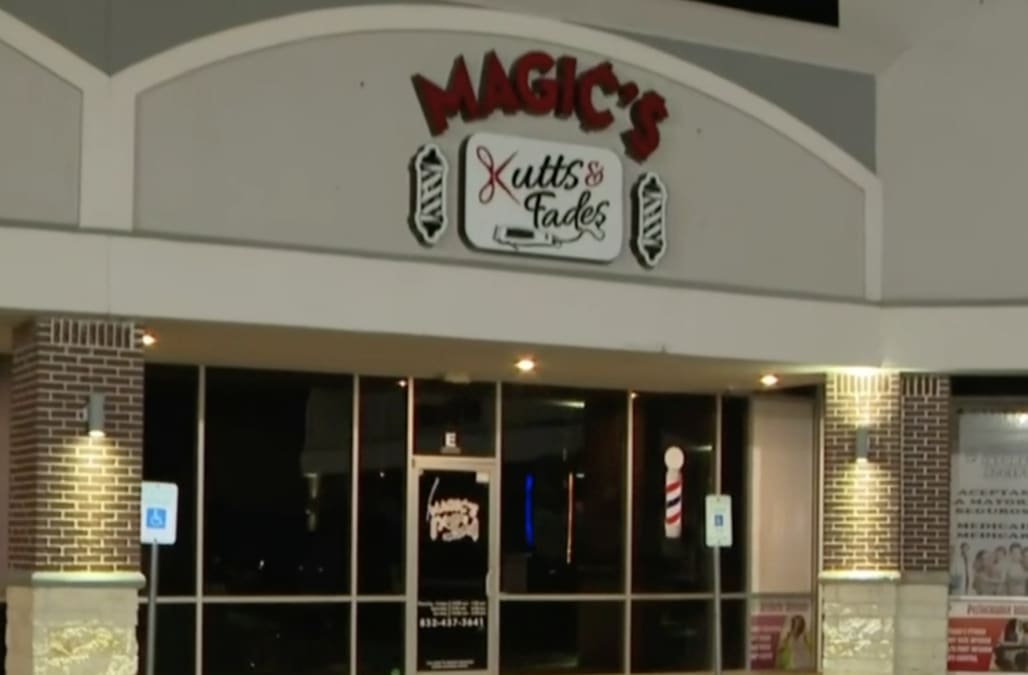 An argument over a 13-year-old boy's haircut led to gunfire at a Texas barbershop on Saturday, according to police.

Deputies are searching for a man who shot a male barbershop employee three times in Katy, Texas, the Harris County Sheriff’s Office said on Twitter. After the incident, which occurred around 5 p.m. on Dec. 21, the customer fled the scene, according to the sheriff's office.

UPDATE: The suspect is a black male. Vehicle may be a gray 4-door sedan, possibly Honda Accord. Witnesses say he shot an employee while arguing over a haircut given to the suspect’s son. #hounews

The dispute was apparently over a haircut given to the suspect's 13-year-old son, Harris County Detective Wallace Wyatt told KPRC.

"He went home, came back. They fixed the haircut for free and then that's when the altercation occurred," Wyatt told the outlet. "That is one of the worst ones I've heard, especially with your son being here, witnessing what you're doing."

The suspect, who police reported to be a black male, left the scene in what may be a gray 4-door sedan, possibly a Honda Accord, authorities said.

The employee is expected to survive and was reported to be in stable condition at a local hospital, according to KPRC.

More from Aol.com:
Carjacking victim dies after cop mistakes him for robber, places him in chokehold
North Carolina man charged with murder after allegedly poisoning wife with eye drops to collect life insurance payout
Jayme Closs kidnapper said teen was 'terrified of me'