Dad shocked by daughter's reaction to 'worst Christmas gift ever' 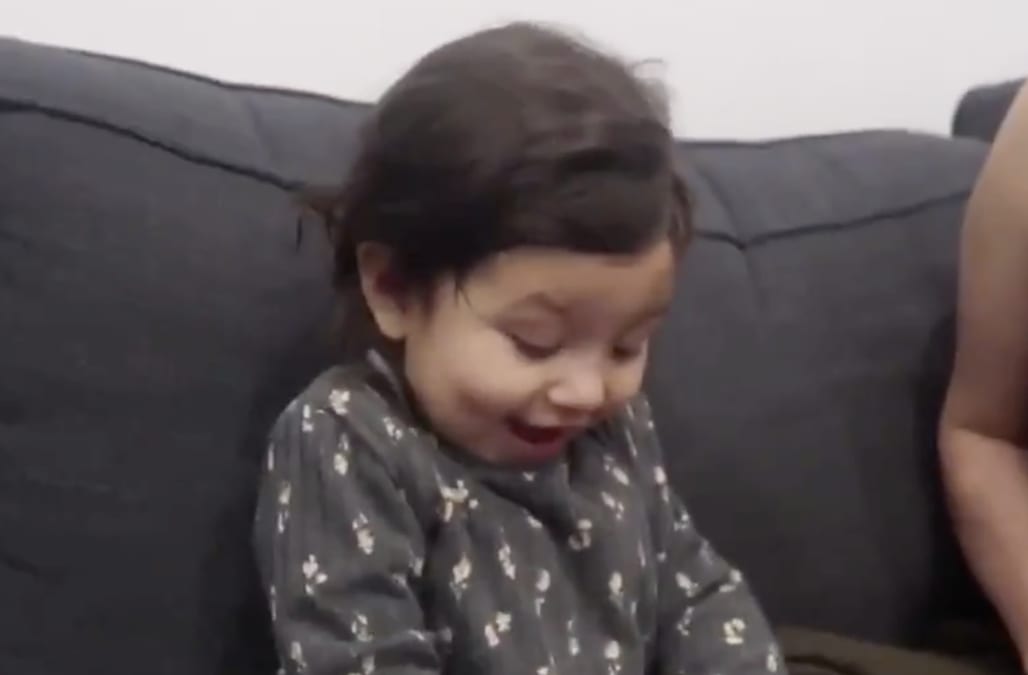 A 2-year-old's unexpected reaction to a Christmas present meant as a joke has gone viral on Twitter.

Justice Mojica, known by as LGNDFRVR on Twitter, was trying to prank his daughter, Aria Mojica, by giving her the "worst Christmas gift ever," he said. To him and his wife's surprise, she absolutely loved it.

"Banana!" the 2-year-old squeals before asking her mom to open it for her.

She then proceeds to eat the banana with a huge smile on her face.

I Tried Giving My Daughter The Worst Xmas Gift Ever & I Didn’t Expect This Reaction 😢 pic.twitter.com/44cJytI83m

"I didn’t think she would get excited for this," Mojica told USA Today. "We knew that she was really grateful, but we were really taken back."

People are obsessed with the absolute pure joy the toddler experiences in the now-viral video when the gift is revealed to be a banana. The video accumulated more than 4 million views in just one day on Twitter, LGND said, and it now has more than 22 million.

"It’s amazing that we were able to make the world smile," he said of the video.

Mojica and his wife produce comedy skits under the LGNDFRVR brand for YouTube, Facebook, Twitter and Instagram. The couple, who used to hide Aria's face, just recently decided to start including Aria in their videos because she has "so much personality," Mojica told USA Today.

Their daughter had been watching videos of kids unwrapping Christmas gifts when he got the idea to wrap up the banana.

"I just wanted to see her reaction. She’s such a character. You never know what she’s going to do," he said. "You can’t make this stuff up. This was a real reaction. It wasn’t a skit. It wasn’t scripted. We were just trying to capture our daily lives. This is who we really are."