Can Amy Klobuchar become a contender? 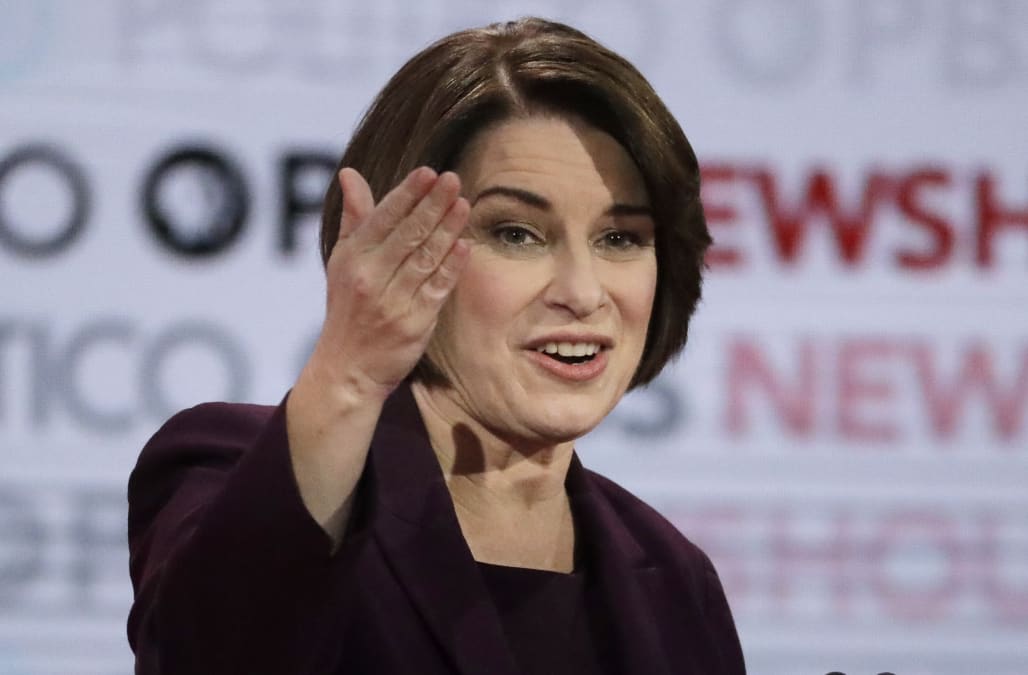 Amy Klobuchar has largely been treated as a noncontender by political pundits since joining the race for the 2020 Democratic presidential nomination. But the senator from Minnesota has hung on even as flashier candidates like Kamala Harris and Beto O’Rourke have dropped out.

Klobuchar, 59, was widely seen as one of the winners of last week’s Democratic debate, scoring points with a strong answer on impeachment and by highlighting South Bend, Ind., Mayor Pete Buttigieg’s lack of experience. She got the biggest polling boost of any candidate after the debate.

Though she’s polling in the low single digits nationwide, Klobuchar is performing better in the crucial first caucus state of Iowa. The most recent polls show her at the top of the second tier of candidates in the state, behind the top four competitors: Buttigieg, Joe Biden, Bernie Sanders and Elizabeth Warren.

[GET INFORMED: How the Iowa caucuses work]

Some political analysts believe Klobuchar’s recent strong performance could be a sign she’s peaking at the right time. A strong showing in Iowa could bring attention to what some see as a strong case that she may be the best suited to beat Donald Trump in the general election. Her commanding victories in Minnesota Senate races suggest she might outperform her Democratic rivals in critical Midwest swing states like Wisconsin, Michigan and Ohio, supporters argue. She also represents an alternative to moderates who might think Biden is too old or Buttigieg is too inexperienced, and for voters who’d prefer a female candidate but are turned off by Warren’s liberal policies.

Despite some momentum, Klobuchar has several challenges to overcome before she can compete with the top tier of candidates. Biden and Buttigieg have so far swallowed up the lion’s share of moderate support, while Klobuchar’s centrist policies, such as her rejection of Medicare for All, make it hard for her to count on much backing from the left wing of the party, some argue. Iowa could provide a boost if she performs well in the caucuses, but a poor showing in the state may spell the end of her campaign, given her polling elsewhere in the country.

Klobuchar is one of five candidates to have met the thresholds in polls and donor numbers to qualify for the January Democratic debate, the last before the Iowa caucuses in early February. Klobuchar and her fellow senators in the race may be pulled off the campaign trail in the weeks leading up to the caucuses to participate in the Senate impeachment trial that could start in January.

She has a better electability case than Biden

“If [Biden’s] message appeals to you — and clearly it does appeal to a lot of Democrats — you owe it to yourself to ask if Klobuchar isn’t a more effective vehicle for that message. She’s younger. She doesn’t have the specific baggage of having supported the Iraq War. She doesn’t have the specific baggage of Hunter Biden. Her policy ideas are broadly continuous with Barack Obama’s, just like Biden’s, and her pitch is electability, just like Biden’s. But unlike Biden, she has a record of winning landslide elections in a Midwestern state.” —  Matthew Yglesias, Vox

“After Harris’s high-flying flameout, Klobuchar and Warren are the only serious candidates left who can fulfill the Democrats’ dream of breaking the glass ceiling and electing a woman president.” — Walter Shapiro, New Republic

She has proved she can win in the Midwest

“Klobuchar’s track record of winning Republican areas in her home state was a boon for her candidacy as the battleground states of Michigan, Pennsylvania, and Wisconsin, collectively known as the ‘blue wall,’ will likely swing the 2020 general election.” — Naomi Lim, Washington Examiner

“Given the choice between an old man who is arguably too experienced and a young man who’s decidedly not experienced enough, wouldn’t voters favor a woman whose age and experience level are just right?” — Meghan Daum, Gen

“Iowans are renowned for waiting until the final minutes to make up their mind. So if you can get people to say that they're still looking at you, they're still paying attention to your campaign, that in and of itself is a fairly significant achievement." — Political scientist Rachel Paine Caufield to ABC News

But the Senate impeachment trial of President Trump, set to begin next month, could keep her in Washington for part of the month, complicating her efforts to replicate the kind of late surge that propelled Democratic nominees in the past.” —  Ken Thomas and Chad Day, Wall Street Journal

Bias against female candidates hurts her case for electability

“For whatever reason — unconscious bias, Hillary PTSD, the fear that other people are sexist — women don’t get that same benefit of the doubt.” — Andrew Romano, Yahoo News

Buttigieg is firmly planted as the moderate alternative to Biden

“This concern over the more liberal candidates in the race has provided an opening for someone like Klobuchar, but Buttigieg seems to be getting more attention from voters.” — Elaine Godfrey, Atlantic

“It’s not a good sign Klobuchar needed space and quiet to make her mark, because one thing you can be sure of is that Trump won’t give her any of either.” — Megan McArdle, Washington Post

Her inoffensive centrism is more appealing to pundits than actual voters

“Minnesota senator Amy Klobuchar has been crowned by mainstream pundits as a Highly Electable Candidate. There’s only one problem — people hate her platform and no one wants to vote for her.” —  Luke Savage, Jacobin

It may be too late to catch up to other candidates

“While Klobuchar has been making slow, steady point by point progress in the polls but with just 45 days to go until the Iowa Caucuses it’s not enough to get her in the top tier.” — Mary Anne Marsh, Fox News

More from Yahoo News:
5 takeaways from the 6th Democratic debate
What Bloomberg's $117 million spending spree has bought him so far
Carly Fiorina: Impeaching Trump is 'vital'