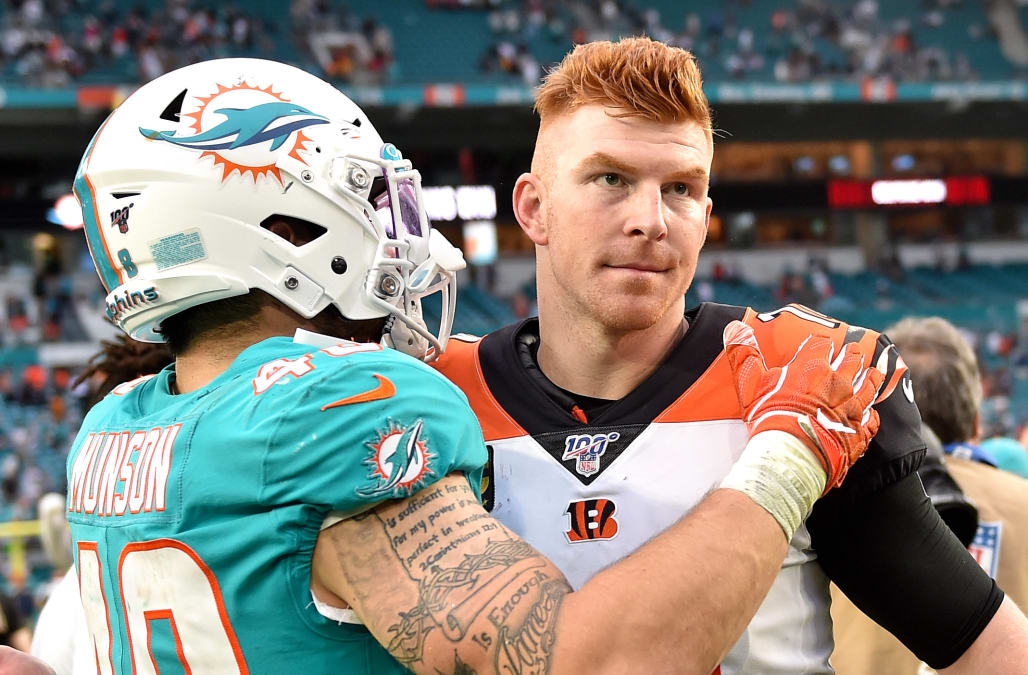 After falling into a 35-12 hole midway through the fourth quarter against the Miami Dolphins, the Bengals rallied and forced overtime behind three quick touchdowns and two two-point conversions.

Eventually, the Dolphins sealed the deal with a field goal to win the game 38-35, handing the Bengals their 14th loss this season.

Though it was another upsetting finish for Cincinnati, the defeat ended up being cause for celebration for many Bengals fans.

Thanks to the loss, the Bengals now have the No. 1 overall pick in the 2020 draft locked up. And after a miserable season at the bottom of the league, it’s easy to see why fans are happy.

“Those type of fans, they aren’t true fans,” quarterback Andy Dalton said, via ESPN’s Ben Baby. “If you’re a fan of the team, you want them to win. You want them to be successful. Every time you’re out there, you want to win.”

While it makes sense that Bengals players would be offended, especially Dalton, it’s on them.

Cincinnati lost its first 11 games of the season, and didn’t pick up its first win until December against the New York Jets. It hasn’t won since then, either, and will miss the postseason for the fourth straight season.

Dalton hasn’t been any better, either. While he racked up nearly 400 yards and had four touchdowns on Sunday, he was benched earlier this season after a horrendous start to the year.

Many are speculating that Cincinnati could use the top overall pick on Heisman Trophy winner Joe Burrow. The LSU quarterback and Ohio native led the Tigers to the College Football Playoff with 4,715 yards and 48 touchdowns this season. Dalton’s six-year deal with the Bengals is set to expire at the end of the 2020 season, too, adding even more incentive to draft a quarterback if they want to make a change.

While the future of the organization, and a potential new cornerstone player, is on the minds of Bengals fans everywhere, players inside the locker room insist they aren’t thinking about that. They want to close out the year with a win next week.

“At the end of the day, they’re on the outside looking in,” wide receiver Tyler Boyd said, via ESPN. “If they want us to lose, then they ain’t true fans at the end of the day. We don’t worry about that regardless. We’re in it for each other. We’ll continue to ride for each other, these coaches, and everybody helping in this organization. We can’t be worried about what other people saying.”