Alexandria Ocasio-Cortez rails against Trump: 'He has a lot of problems' 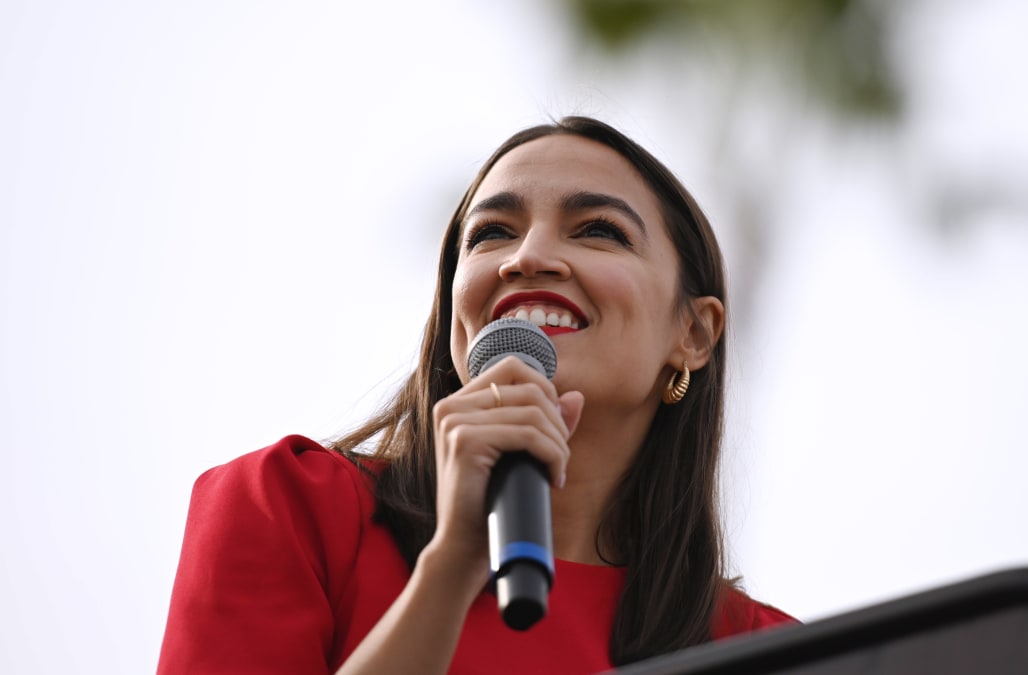 Rep. Alexandria Ocasio-Cortez slammed President Trump in a new interview by laying out all of the issues she believes he has.

Speaking with Noticias Telemundo for a television exclusive on Dec. 22, Ocasio-Cortez said Trump "has a lot of problems."

"He is a racist, he is anti-immigrant and more than that ... his administration is corrupt. He has a track record: he is afraid of strong women, of Latino women, he is unethical," she continued. "I think everyone knows what he believes. It is not good for such a diverse country to have such an intolerant president."

She also expressed why she is backing Sanders in the 2020 election and revealed that she was a community organizer in the Bronx for Sanders during the 2016 presidential campaign.

"I think the themes of this Bernie campaign are positive, not negative," she told Noticias Telemundo.

"Last year I worked in a taqueria, as a waitress, and as a bartender, and now I am a congresswoman," she said. "That is a huge change. But my values are the same. And we are saying the same thing we were saying last year: that we must fight for working families, for health insurance, for education for all children and a fair salary."

More from Aol.com:
Christianity Today editor reveals the point Trump 'crossed the line' for him
White House predicts Pelosi will yield on impeachment delay
Debbie Dingell says Trump 'crossed a line' on her late husband, but she doesn't 'need an apology'