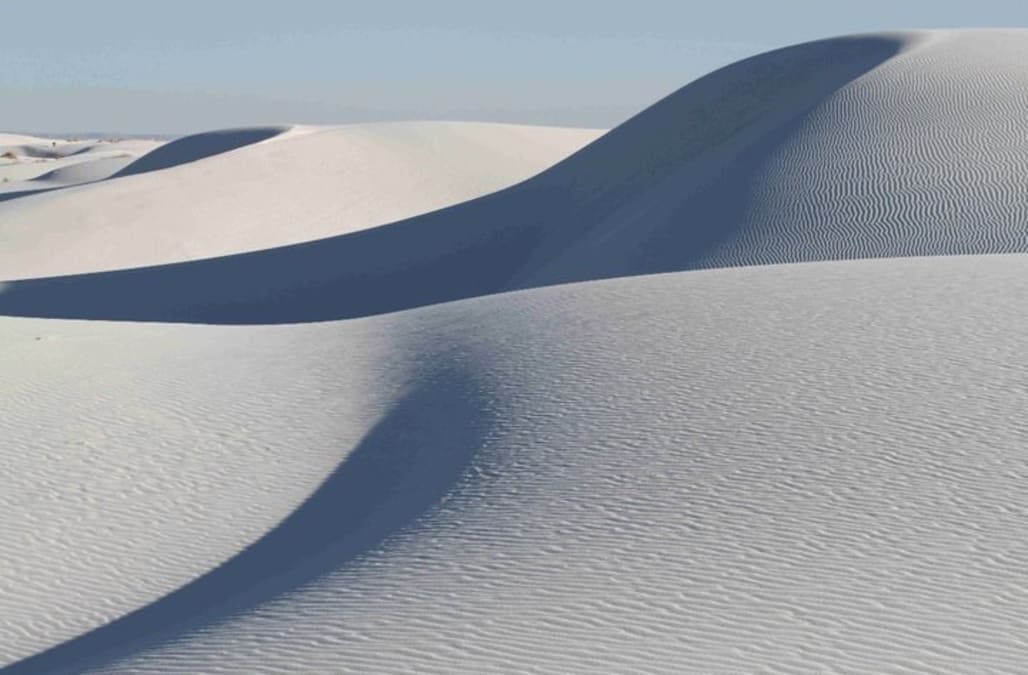 White Sands became the 62nd designated national park Friday with Trump's signing of the National Defense Authorization Act for Fiscal Year 2020, which included a provision on the re-designation, park officials said Saturday in a statement.

“Our staff are very excited for White Sands to be recognized as a national park and to reintroduce ourselves to the American public,” said White Sands Superintendent Marie Sauter. “We are so appreciative of our partners, local communities, and congressional leaders who made this achievement possible and look forward to continued success working together.”

White Sands National Monument was established on Jan. 18, 1933, by President Herbert Hoover to preserve “the white sands and additional features of scenic, scientific, and educational interest.”

According to the statement, White Sands contains not only the world’s largest gypsum dunefield, including gypsum hearthmounds found nowhere else, but also is home to the globe’s largest collection of Ice Age fossilized footprints."

The park, the statement said, “tells more than 10,000 years of human presence, all while providing memorable recreational opportunities."

White Sands sees hundreds of thousands of visitors every year, more than any other park service location in New Mexico. In 2017, White Sands logged more than 600,000 visits and spurred more than $31 million in spending for the local economy.

U.S. Sen. Martin Heinrich, a New Mexico Democrat who was among those who pushed for the re-designation, has said he expected the change would boost the local economy and spur more recognition for the unique spot.

Aside from the name change, the federal legislation included provisions for a land exchange between White Sands and the U.S. Army, which operates an adjacent missile range.

Efforts to establish a national park in the area date back more than a century as some locals wanted to protect the dunes from commercial interests that were attempting to mine the gypsum.

The re-designation came as New Mexico joined other Western states in tapping into the lucrative outdoor recreation industry.

Gov. Michelle Lujan Grisham earlier this year signed a measure that prompted the creation of a dedicated division in state government to focus on expanding outdoor recreation and related economic development.

More from Aol.com:
Boy kidnapped from hospital in 1964 found through ancestry sites
Winning Mega Millions ticket worth $372M sold in Ohio
Store manager rushes to save baby tumbling from counter while women shop for gun