Trump's impeachment has been cheaper than Clinton's 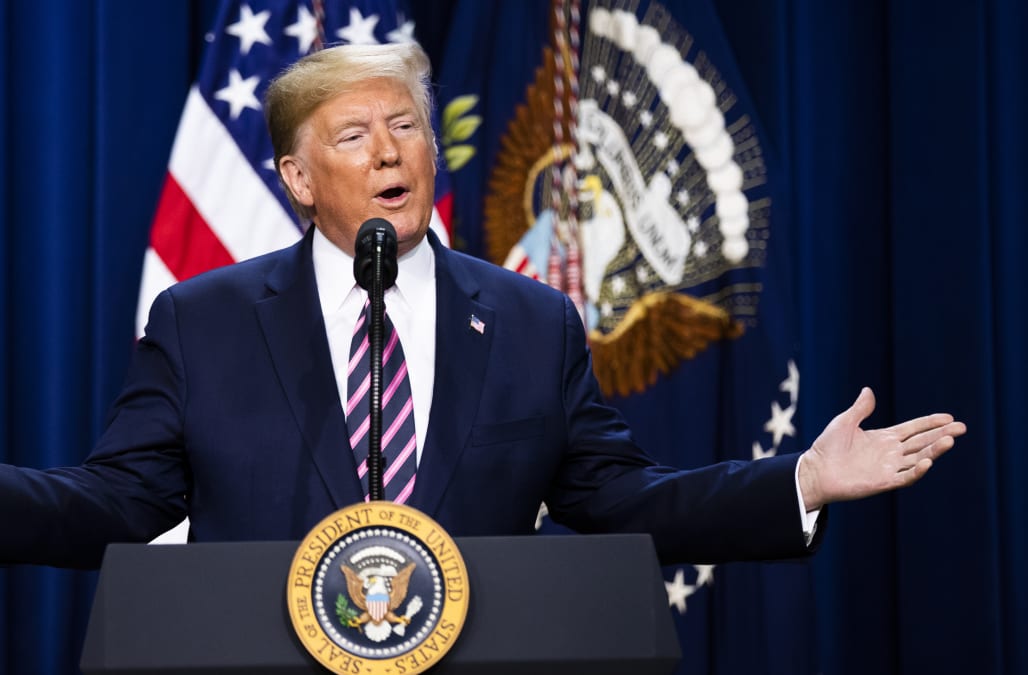 At roughly $2 million, the three-month impeachment inquiry into President Trump might be considered a bargain, when compared to the impeachment investigation and trials of former President Bill Clinton.

Unlike the Starr probe into Clinton, the investigations into Trump were headed up by the House Judiciary Committee, and as such, didn’t cost taxpayers extra money. With the exceptions of the salaries of special counsel Norm Eisen and Barry Berke, the total cost of Trump’s impeachment falls under already existing Congressional budget lines. In other words, the salaries of the Judiciary Committee’s staff would have to be paid anyway.

A Yahoo Finance analysis of salaries of the roughly 80 staff members of the Judiciary Committee comes to $1.83 million for the three months. Legislative aide salaries for each Representative comprising the Committee weren’t counted, as they were still working on their Rep’s legislative priorities during this time.

This cost also isn’t exhaustive. With a Senate trial yet to take place, it’s possible these costs will increase. Also unknown are the costs associated with other aspects of a Congressional investigation, such as transportation, housing, IT needs, and more.

But while the roughly $2 million sticker tag might seem high for just a three-month span, it’s considerably lower than it could have been — and remains a fraction of the cost of previous investigations of American presidents.

When the Ronald Reagan administration was investigated over the Iran-Contra affair, the eight-year investigation led by independent counsel Lawrence Walsh had an eye-popping price tag of $47.4 million.

Clinton’s impeachment also cost taxpayers quite a bit of money: Kenneth Starr’s probe ran up a price tag of $39.2 million. All told, investigations into the Clinton administration were reported to cost American taxpayers upwards of $80 million.

The cost of Trump’s impeachment doesn’t even come close to other investigations into his presidency. The Mueller investigation into possible collusion between Trump, his associates, and Russia cost taxpayers roughly $32 million by the time it was finished, according to reports by the Justice Department.

The relatively short length of time for Trump’s impeachment investigation also contributed to the low price tag. While Republicans decried the speed at which Democrats conducted hearings with witnesses, it means that the entire impeachment process will end up costing less.

What isn’t known, however, is the opportunity cost of the human capital spent investigating “the president’s misconduct,” said Donald Sherman, Deputy Director of Citizens for Responsibility and Ethics in Washington (CREW).

“All the resources being used to address the president’s misconduct and activity can’t be used to address the run of the mill oversight and investigations,” he explained. “Some of the ethically challenged appointees that are leading the agencies aren’t getting the scrutiny it would normally get because Congress is spending an extraordinary amount of resources investigating the president.”

House Speaker Nancy Pelosi (D-CA) has yet to submit the articles of impeachment to the Senate, over concerns about the fairness and impartiality of a Senate trial. It’s unknown when she might take that next step.