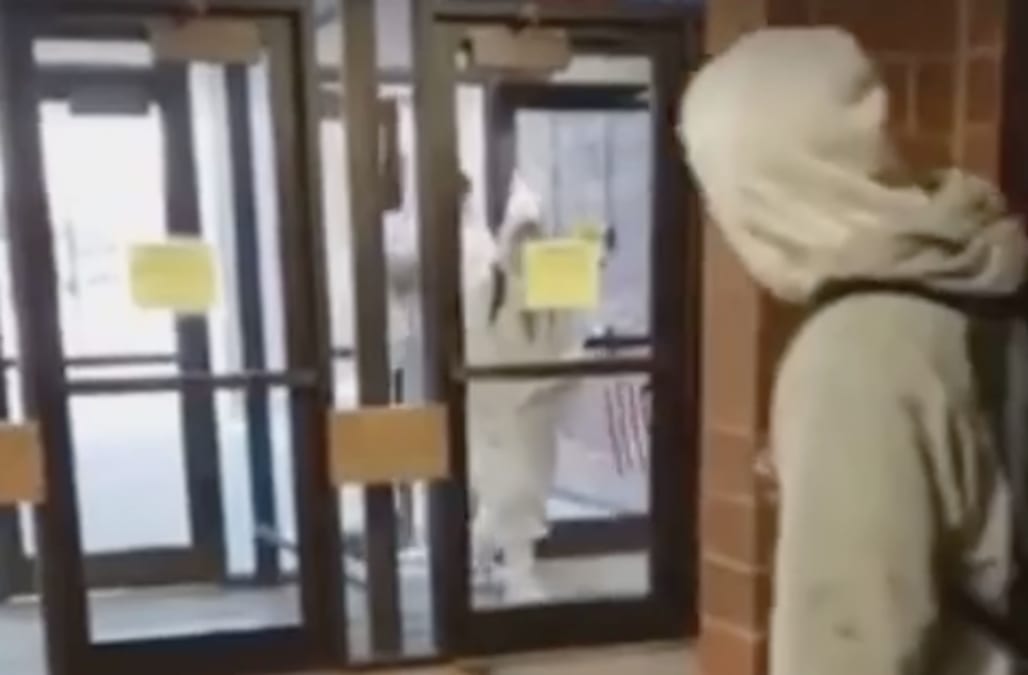 A pair of Wyoming teenagers are facing backlash over the outfits they wore to their school’s spirit day.

The two students, who remain unnamed, showed up to Riverton High School on Dec. 18, 2019, wearing white hoods and robes reminiscent of those worn by the Ku Klux Klan, the Casper Star-Tribune reports.

Both teens — one of which was carrying an American flag — were recorded entering the school in a now-viral Facebook video. Administrators immediately condemned the outfits, which were worn on the school’s spirit day.

Terry Snyder, superintendent of Fremont County School District No. 25, told the Star-Tribune that his district would "not tolerate anything that even begins to look like what it looked like." Riverton High School posted its own statement on Facebook, saying both students had been disciplined.

"One student’s decision does not represent our school or district," the school wrote.

The Washington Post reported that the spirit day was "white-out"-themed, leading some to question whether the students were actually attempting to dress as monks or some other robed figure. However, Wyoming State Superintendent Jillian Balow was unambiguous in her criticism.

"I am saddened and disappointed by the actions of the two students involved in the incident," Balow tweeted the night of the incident. "The facts indicate that they deliberately and intentionally entered the school in attire known to be associated with the Ku Klux Klan. Hateful speech, attire, or behavior is unequivocally unacceptable."

2/4: The facts indicate that they deliberately and intentionally entered the school in attire known to be associated with the Ku Klux Klan. Hateful speech, attire, or behavior is unequivocally unacceptable.

“This hurts our community, state, and nation,” Balow added. “School personnel took swift action to remove the students, investigate the incident, and commence with disciplinary action.”

Riverton High School is located in Riverton, Wyo., a town of 11,000 people where more than 80 percent of the population is white, according to U.S. Census Data. Snyder told CNN that his district needs to consider how it can better educate its students on diversity.

"It is important we teach that respect and understanding and we have additional work to do obviously and we will do that work," the superintendent said.

The school met on Dec. 19 to discuss further action and discipline for the students, VICE reported. However, it is currently unclear what punishment the high schoolers received.