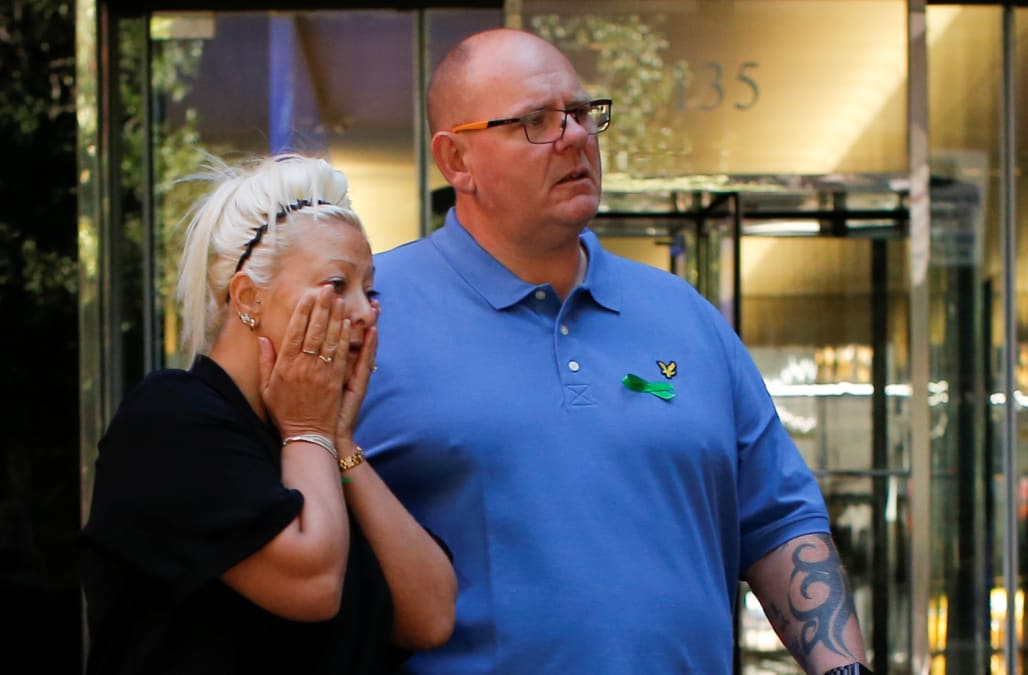 LONDON (AP) — An American diplomat's wife who left Britain after being involved in a fatal road accident that killed a British teenager has been charged with causing death by dangerous driving, British prosecutors said Friday.

The decision to charge Anne Sacoolas, who has claimed diplomatic immunity, caused tension between the U.K. and the United States. British Foreign Secretary Dominic Raab welcomed the move, but the State Department called it unhelpful.

British police say 19-year-old motorcycle rider Harry Dunn died in August when he was hit by a car driven by Sacoolas, whose husband was an intelligence officer at a military base in central England used by U.S. forces. Sacoolas claimed diplomatic immunity and left Britain after the crash.

Dunn's family has urged her to return and face British justice, and met U.S. President Donald Trump in Washington as part of their campaign.

Britain's Crown Prosecution Service said it had authorized police to charge Sacoolas with causing death by dangerous driving “following a thorough review of the evidence available.”

Prosecutors said they had begun extradition proceedings, although it is up to the government whether to formally ask for Sacoolas to be sent back to Britain.

Dunn's mother, Charlotte Charles, said the charge was “a huge step in the start of achieving the promise to Harry that we made.”

The tragedy caused a diplomatic dispute between Britain and the U.S. over Sacoolas' legal status.

Under the Vienna Convention on Diplomatic Relations, families of diplomats are granted immunity from arrest or detention. But British prosecutors maintain that immunity does not apply to dependents of consular officials based outside of London.

But the State Department said Friday that “at the time the accident occurred, and for the duration of her stay in the U.K., the driver in this case had status that conferred diplomatic immunities."

In a statement, the State Department expressed “deepest sympathies” over Dunn's death, but said the decision to charge Sacoolas was not “a helpful development.”

“We are disappointed by today’s announcement and fear that it will not bring a resolution closer,” it said.

Raab, however, called the decision “an important step towards justice for Harry and towards solace for his family.”

“I hope that Anne Sacoolas will now realize the right thing to do is to come back to the U.K. and cooperate with the criminal justice process," the foreign secretary said.