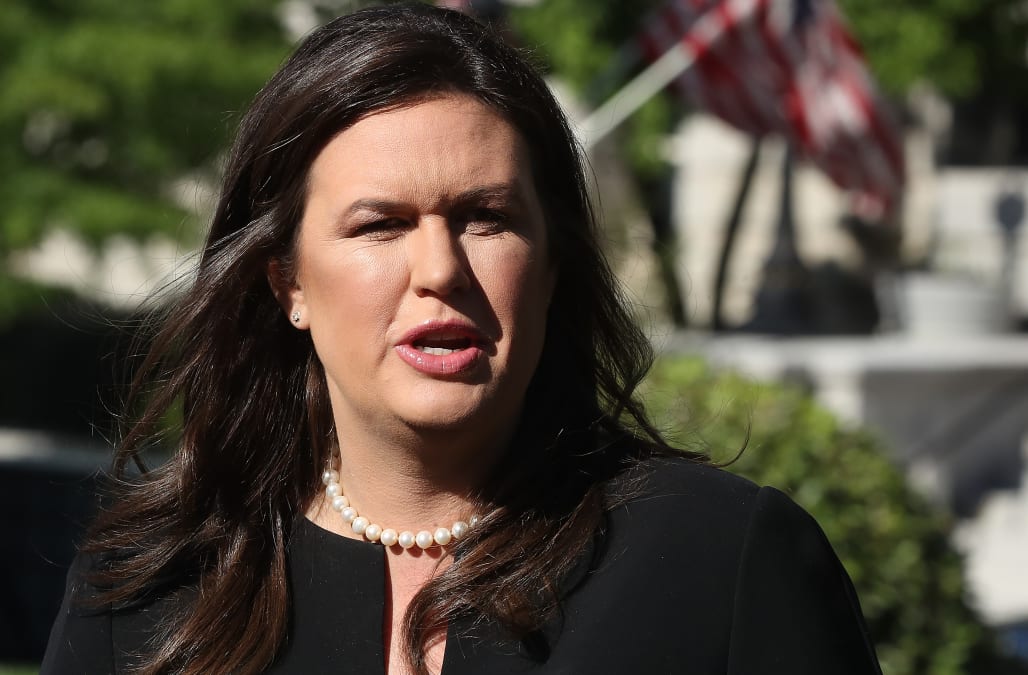 Biden snapped back: “It’s called empathy. Look it up.”

After Sanders’ first message was flooded with furious responses, she insisted in a follow-up tweet that she “was not trying to make fun of anyone with a speech impediment.” Then she deleted the tweet. Then she apologized.

Biden, who has himself battled to overcome stuttering, was actually demonstrating a stutter during the debate. He said he keeps in touch with people who have reached out to him for help. “The little kid who said, ‘I-I-I can’t talk. Wh-wh-what do I do?’ I have scores of these young women and men who I keep in contact with,” he said.

She insisted in a tweet minutes later that she wasn’t “trying to make fun of anyone with a speech impediment.” 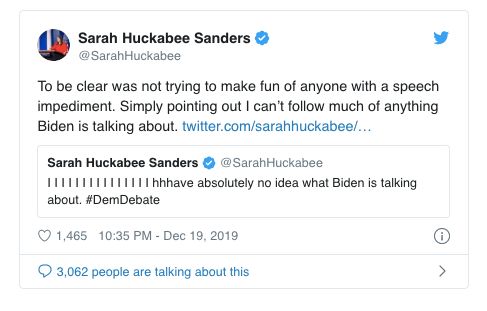 No one was having it, especially Biden.

I’ve worked my whole life to overcome a stutter. And it’s my great honor to mentor kids who have experienced the same. It’s called empathy. Look it up. https://t.co/0kd0UJr9Rs

I actually didn’t know that about you and that is commendable. I apologize and should have made my point respectfully. https://t.co/fbmVAqDoWI

Maybe some of these tweets got to her:

You know everyone can see this, right?

Biden: "You know, I used to be a very bad stutterer... It does not define you. It cannot define you.. Give me your phone number.”

regardless of party, i think we can all agree: more acts like this, less attacking grieving widows.

Joe Biden is not my candidate, but I will absolutely not tolerate disability discrimination & I will immediately come to his defense on this matter.

My 6 year old son spent 2 years in speech therapy & continues to have difficulty with stuttering.

He overcame a stutter as a child and started the Stuttering Foundation. Thanks for mocking the disabled. Republicans are garbage.

I recommend Christianity Today for a starting point.