Boy who was bullied by teacher for having gay dads speaks out: 'I was very mad' 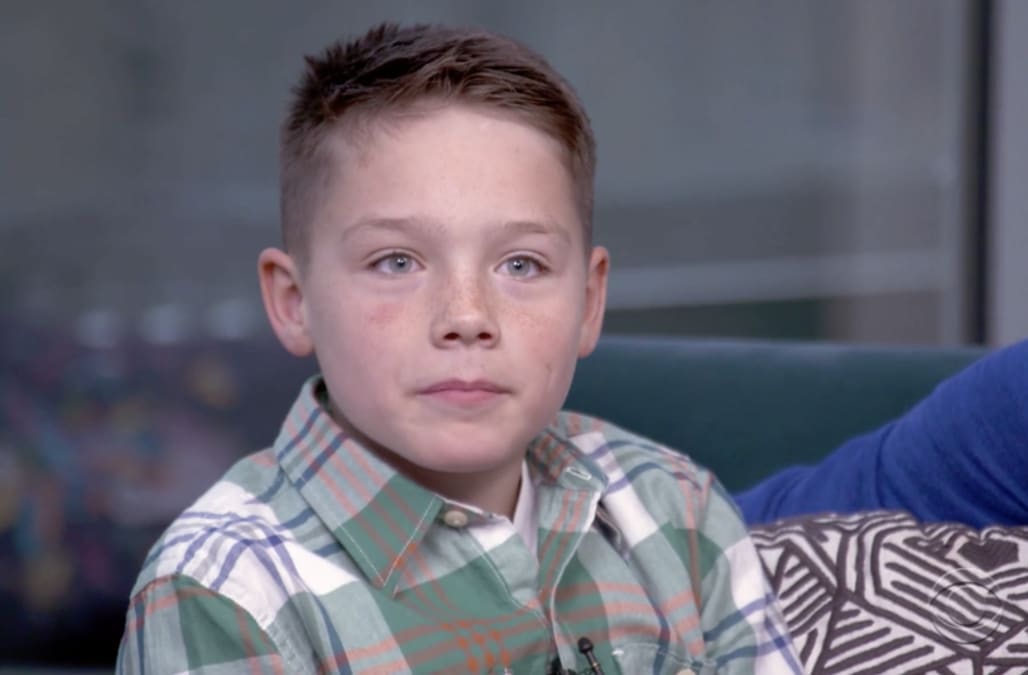 A fifth-grade boy who was the target of a substitute teacher's anti-gay tirade last month is speaking out for the first time since the incident.

In an interview with CBS This Morning, Daniel van Amstel recalled the incident with a teacher at Deerfield Elementary School in Cedar Hills, Utah, who has since been fired, where she told him that "homosexuality is wrong."

Louis van Amstel, a former "Dancing with the Stars" professional dancer, shared his son's experience last month in a video on Instagram. During a Thanksgiving gratitude exercise, the 11-year-old told the teacher that he was "thankful for finally being adopted by my two dads," van Amstel said in the clip.

"She first said, 'Why would you be happy to be adopted by them?' And that's when one of the three kids, ones in my class, they stuck up for me and said let's stop," Daniel told CBS. "But she kept going. And she said, 'Are you going to be gay?'"

Well, it’s done. Please welcome our son, Daniel Ray van Amstel. What a beautiful and emotional moment the court hearing was. @joshua_vanamstel and I pretty much cried most of it, but all happy tears. #proudparents #adoption #merrychristmas

Daniel has been through five foster families and one failed adoption, CBS reported. Louis and his husband, Josh van Amstel, finalized Daniel's adoption this week, Louis announced on Instagram. When the teacher insulted his family, Daniel said he "went red."

"I didn't like what she said," Daniel continued. "I was very mad. Because it isn't — it's not right — nice to insult other families, even if you don't like them. If you don't have anything nice to say, don't say it."

The couple was "disgusted" by the teacher's actions.

Daniel, however, did learn something from the unfortunate experience.

"It doesn't matter what family you have. It just matters if you love them or not," Daniel said. "And yes, I do love them."