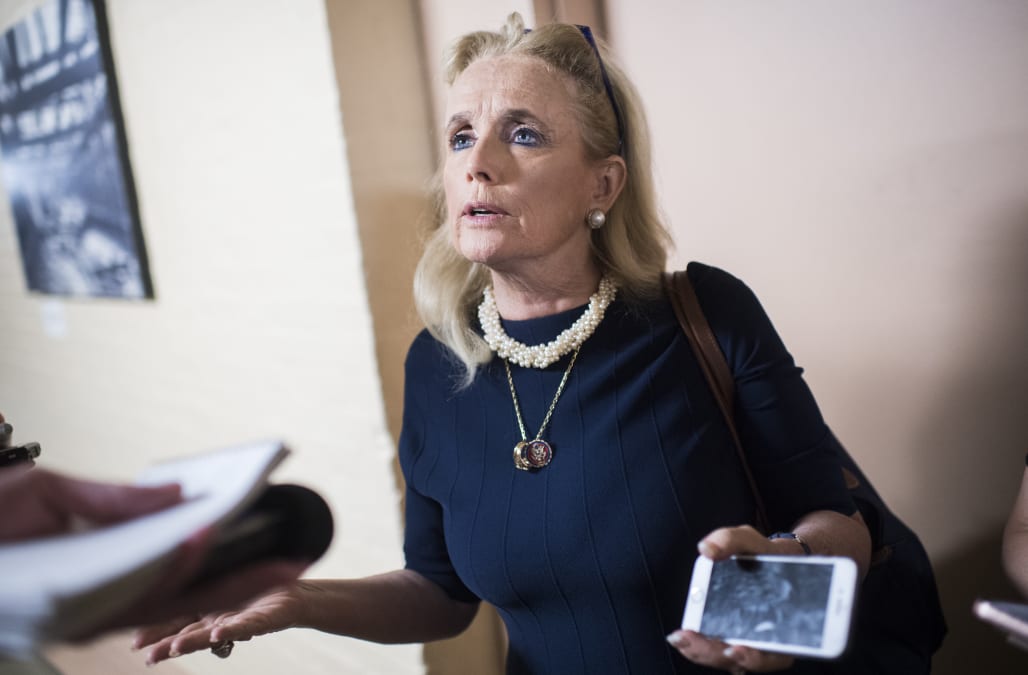 President Donald Trump took a swipe at the late Rep. John Dingell during his raucous impeachment-day rally on Wednesday, drawing a quick rebuke from the longtime Michigan congressman's widow and successor in the House.

Trump told the Battle Creek rally that Debbie Dingell had thanked him profusely for providing “A-plus treatment” after her husband's death in February, including ordering flags flown at half-staff.

He quoted her as saying, “Thank you so much. John would be so thrilled. He's looking down.”

The remark drew wary oohs and aahs from the crowd in Michigan, where John Dingell was a powerful advocate for the state he represented for more than 59 years. The comment came shortly after Debbie Dingell voted in favor of two articles of impeachment against the president.

Trump then offered: “But let's assume he's looking down.”

Debbie Dingell tweeted her response, telling Trump: “Mr. President, let’s set politics aside. My husband earned all his accolades after a lifetime of service. I’m preparing for the first holiday season without the man I love. You brought me down in a way you can never imagine and your hurtful words just made my healing much harder.”

John Dingell was the longest-serving member of Congress in U.S. history.

His widow wasn't the only one upset by the president's comment.

Republican congressman Fred Upton of Michigan, who voted against impeaching Trump, tweeted: “I’ve always looked up to John Dingell - my good friend and a great Michigan legend. There was no need to 'dis' him in a crass political way. Most unfortunate and an apology is due.”