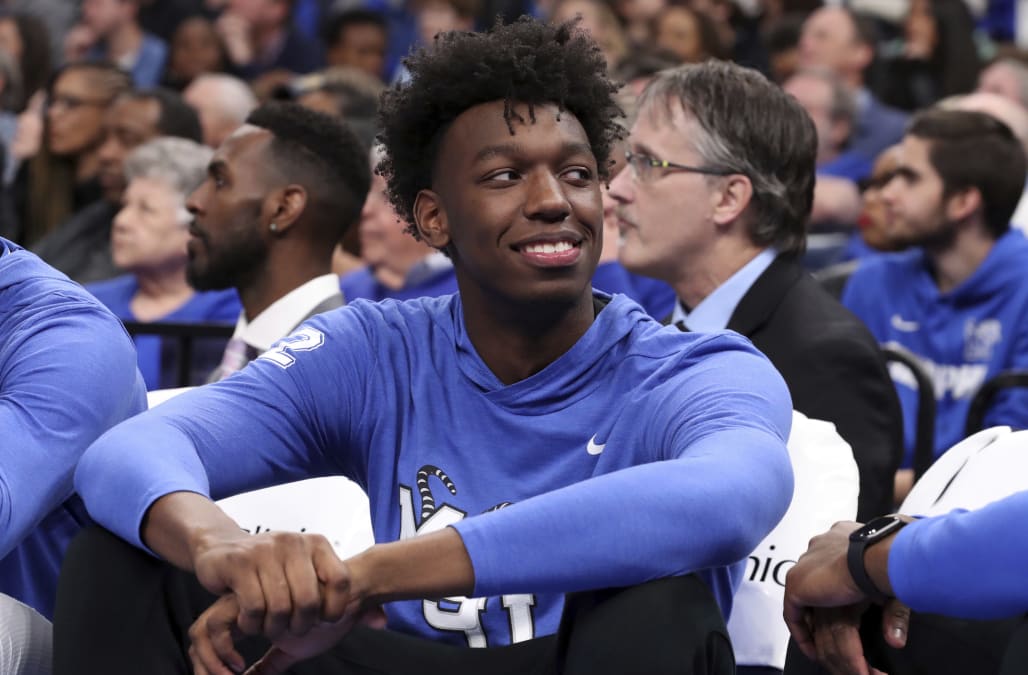 James Wiseman’s collegiate career lasted just three games. The 18-year-old Wiseman announced Thursday he is leaving the University of Memphis so he can begin preparing for the NBA draft.

Wiseman thanked his Memphis teammates and coaches on Instagram. He also admitted his freshman year at the school didn’t go as planned.

Today I formally withdrew from the University of Memphis and I will be preparing for the next chapter of my life. Ever since I was a little kid, it’s been a dream of mine to play in the NBA. Throughout this process, I’ve asked God to ordain my steps and lead me in the right direction. God is my lord and salvation, and throughout this process he has comforted me. This was not how I expected my freshman season to be, but I’m thankful for everyone who has supported my family and me throughout this process. I want to thank the coaches and staff for all their support and my teammates for pushing me everyday at practice. I feel blessed for the opportunity to be a Tiger and for having the honor to play with these special group of guys. I can’t wait to see what all they accomplish this season. The friends and fans of Tiger Nation will always hold a place in my heart. #GoTigersGo 🐯🔵🐯

The NCAA suspended Wiseman for 12 games in November after it was revealed Wiseman’s family accepted $11,500 from Anfernee “Penny” Hardaway in 2017. Hardaway was coaching at Memphis East High School at the time, and Wiseman was in the process of transferring to the school.

A year later, Hardaway took the head coaching job at the University of Memphis. He recruited Wiseman — a 7-foot center — to Memphis for the 2019 season.

(Photo by Hannah Foslien/Getty Images)
Up Next

Though Hardaway’s payment to Wiseman’s family occurred before either party was at the University of Memphis, the NCAA ruled it a violation due to Hardaway’s connection to the school. Hardaway gave Memphis — his alma mater — a $1 million donation in 2008. That was enough for the NCAA to consider Hardaway a booster for the school.

The NCAA initially ruled Wiseman as ineligible, but Wiseman filed a lawsuit that allowed him to play until his case was heard. Wiseman eventually dropped that lawsuit and was ruled ineligible by Memphis. The NCAA issued Wiseman’s 12-game suspension soon after. As part of his suspension, Wiseman must donate $11,500 to a charity of his choice. Had he remained with Memphis, Wiseman wouldn’t have been eligible to play in games until January.

Wiseman is expected to be one of the top picks in the NBA draft. He averaged 19.7 points and 10.7 rebounds in his three games with Memphis.