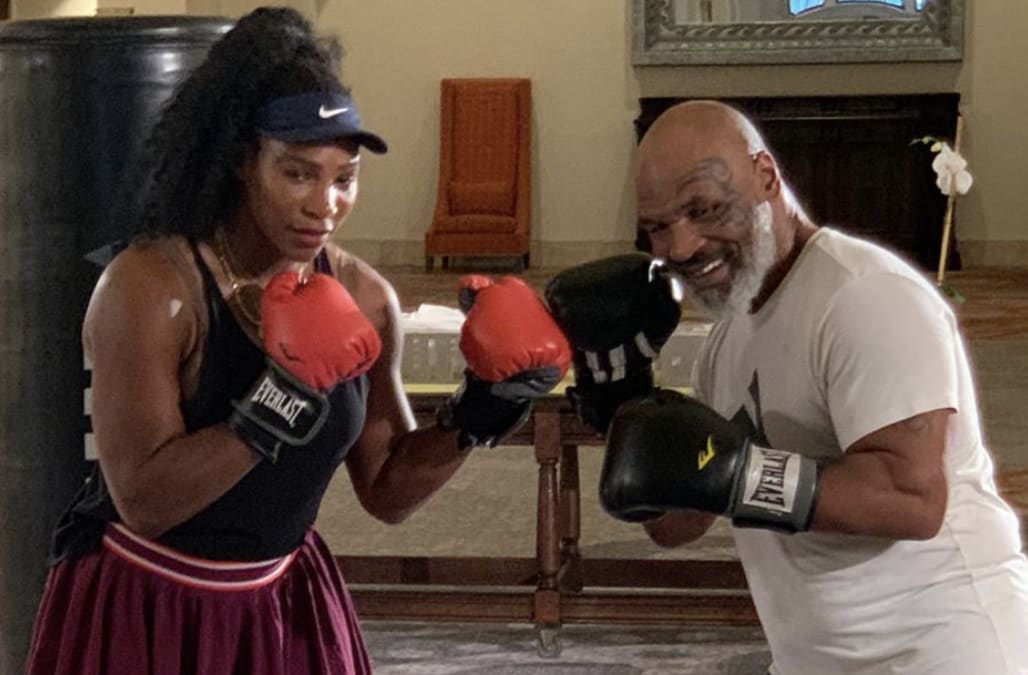 Mike Tyson doesn't seem to be afraid of much, but there's one person he definitely doesn't want to face in the boxing ring.

The boxing legend took to Instagram to share a photo and video from a recent training session with tennis great Serena Williams while the two were in Boca Raton, Florida.

"I don’t want to get in the ring with this GOAT," Tyson captioned the picture of himself and Williams posing, while stating that Williams "has some power" underneath the clip of her punching a bag.

I don’t want to get in the ring with this GOAT @serenawilliams much love and respect. #mouratogloupreseason @patrickmouratoglou @bocaresort

Hitting the bag with @serenawilliams at @bocaresort . She has some power 🥊 #mouratogloupreseason

The 23-time Grand Slam champion also posted two photos and a video of her sparring session with Tyson, which took place at an annual training camp organized by her coach, Patrick Mouratoglou.

"Preseason just got really real," she captioned the clip on her page of Tyson holding the bag while she exerts her power. She chose to leave the posed pictures of the two captionless.

Rising tennis phenom Coco Gauff, 15, was also in attendance at the camp, posting a photo on Twitter of herself with Williams and fitness influencer Shaun T after a dancing workout. Both Williams and Gauff are training for the upcoming ASB Classic in Auckland, New Zealand, beginning on January 6.

Thanks for the workout Shaun T! pic.twitter.com/a3ApvQEAU7