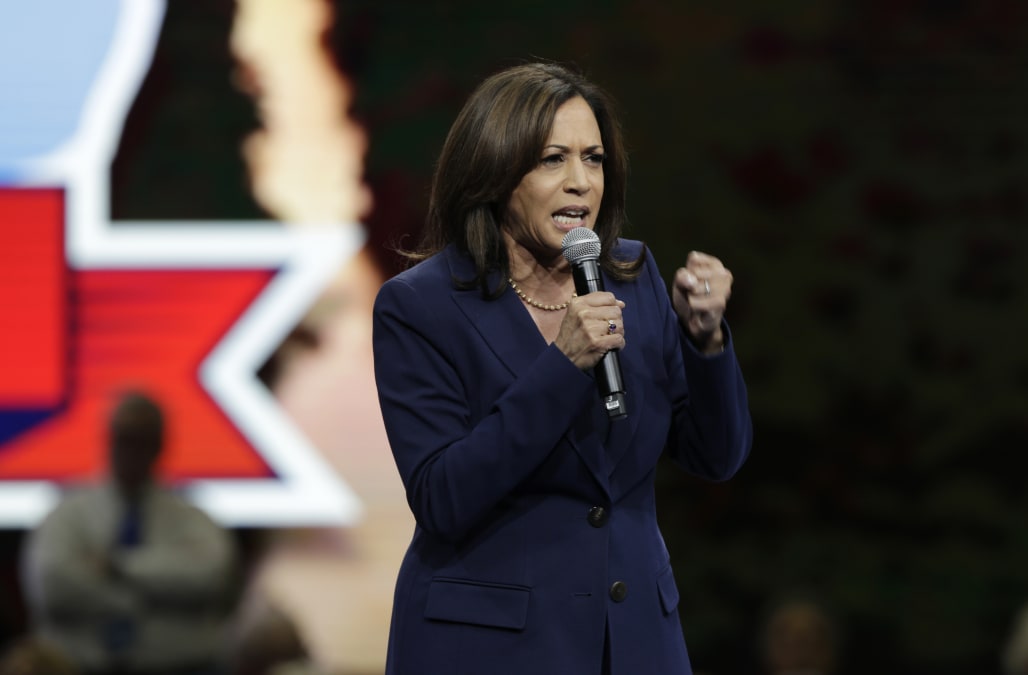 HARTFORD, Conn. — A Republican congressional candidate in Connecticut is receiving condemnation from Republicans and Democrats for a crude remark he said about former Democratic presidential candidate and California U.S. Sen. Kamala Harris in a tweet.

The top two Republicans in the Connecticut General Assembly have called on Robert F. Hyde to drop out of the race for Connecticut's 5th District, the Hartford Courant reported Wednesday. The seat is currently held by Democratic U.S. Rep. Jahana Hayes.

Hyde, who lives in Simsbury, sent a tweet earlier this month that included a crude and sexist remark about Harris' decision to leave the 2020 presidential race. The tweet was first reported this week by a Hartford Courant columnist who runs a daily blog, prompting outrage from both parties.

The tweet about Harris has been taken down. But Hyde, who has less than 1,000 Twitter followers, has shown no signs of ending his campaign. He accused his critics of being “libs” and “RINOs,” a reference to the phrase “Republicans In Name Only. Hyde also wrote that Harris “literally destroyed a great man” on national television, referring Harris' questioning of Supreme Court Justice Brett Kavanaugh during his confirmation hearing.

“And I'm the bad guy over a tweet that was in poor taste that I posted a month ago? It's ok for dems, right? Quick question, do you think I'll ever quit,” he asked in a tweet.