Woman claims she was fired from Starbucks over viral video: 'My manager ended up watching?' 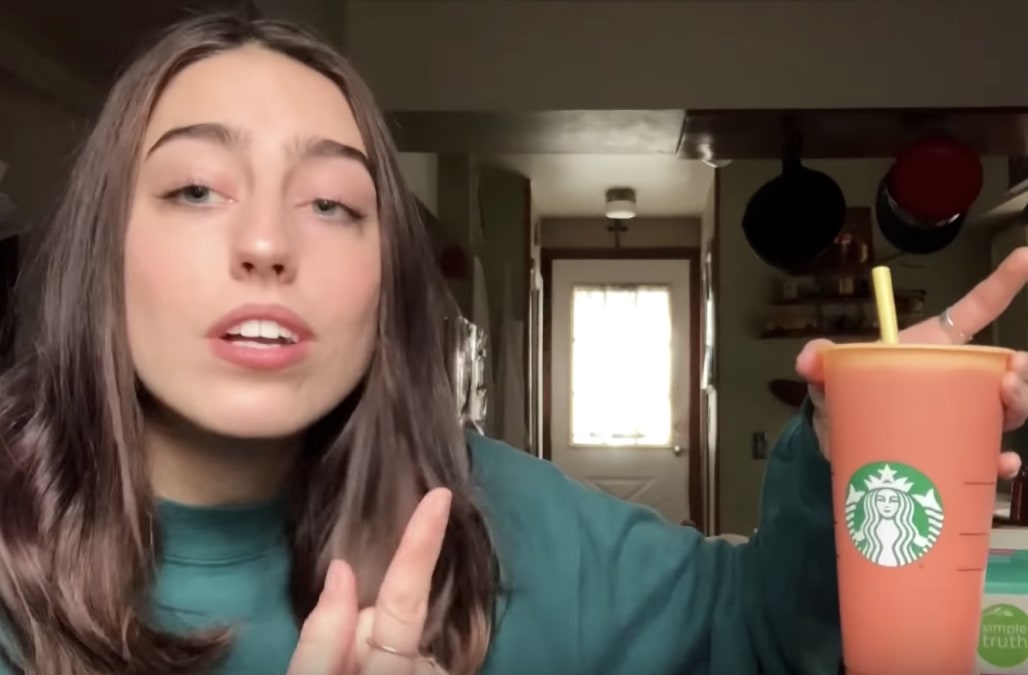 A woman says she was fired from Starbucks after insulting the company on her YouTube channel — a claim the coffee chain strongly denies.

Abegael Milot announced she’d been fired earlier this month, through a video posted to her popular YouTube account. The 21-year-old said she lost her job as a barista after Starbucks became aware of comments she’d made in a previous clip.

That clip, an instructional video on how to make a Caramel Macchiato at home, including Milot saying she thought Starbucks’ coffee tasted "like a**," a comment she claims led to her termination.

But Starbucks says Milot was fired for a much different reason. In a statement to BuzzFeed News, the company said the 21-year-old was fired after admitting to "theft," among other reasons.

Milot has denied Starbucks’ statement though, maintaining that it was in fact her YouTube channel that got her fired. She told BuzzFeed News that after her managers found out about her channel — which has nearly 73,000 subscribers — they told her it was "not a good look" for someone with a "bigger influence" to criticize the chain’s coffee.

In the video announcing her firing, titled, "I got fired from Starbucks because of my channel," Milot tells her followers that several of her co-workers "told on" her after watching her clips.

"What did you gain?" Milot asks in the video. "You didn’t get a raise. You didn’t get a promotion for going to the managers and saying, 'Abby said the [coffee] tastes like a**.'"

Speaking to BuzzFeed News, Milot addressed Starbucks’ theft allegations directly, saying those claims did not come up during her firing.

"That’s a big difference than from what I was told," she said.

The 21-year-old also speculated that the "theft" accusation may have stemmed from some of her other videos, in which she taught followers how to make Starbucks drinks using the chain’s products.

"I’m thinking back to one specific moment in one of my videos where I had syrup that was only served at Starbucks. In the video, I joked around and said 'I got this from work,' but they assumed I didn’t get it [legally]," she told BuzzFeed News.

Milot said her termination made her feel "anxious" at first, and in her video, she complains of her inability to pay her bills without finding a new job soon. But she told BuzzFeed News she’s now found a new job, adding that her current employer offers a much more positive environment.

"[My new bosses are] more personable people; they expressed they don’t even care if I bring my camera in and make a video in store," she said. "They support the creative thing. It was a breath of fresh air."