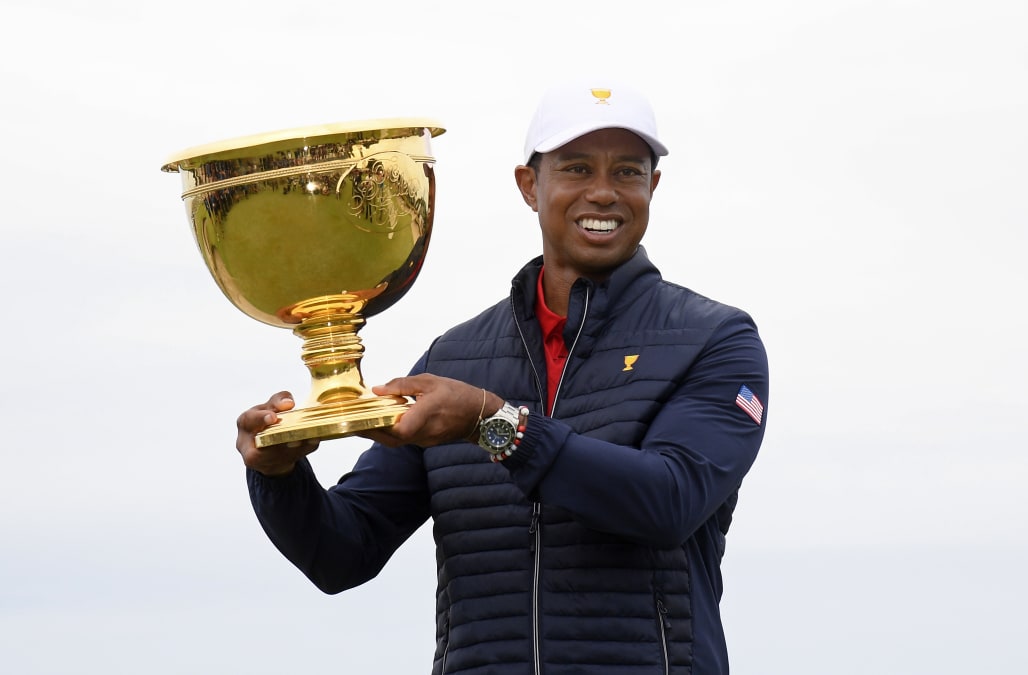 Tiger Woods was the compelling golf story of 2019, a year when Brooks Koepka completed an unprecedented double, Ko Jin-young ruled the women's game and Matt Kuchar's reputation as a good guy took a hit.

It was a minor miracle that Woods was even able to compete again after undergoing a spinal fusion in 2017, a last ditch attempt to alleviate searing pain after several less radical back surgeries had proved ineffective.

That he won again in 2018 at the Tour Championship, eight months after returning to competition, was no mean feat, but it merely set the stage for the main act in April.

In capturing the Masters for his 15th major title, nearly 11 years after his 14th, Woods scaled a summit at the age of 43 that many had presumed would prove too tall an order.

"I still to this day think people don't give him enough credit for what he's been through to get back to where he is," said the Northern Irishman.

"To me, if not the best comeback in sports, it's definitely one of them.

"I've seen him in some pretty tough places. We had lunch in March of 2017 and he was struggling to get up and move and walk around. Fast forward two years and he's winning the Masters."

Woods used his guile and experience to hunt down the leaders at Augusta National, hanging within striking distance before pouncing mercilessly when the front-runners stumbled.

In shooting 13 under par, Woods compiled 22 birdies and nine bogeys. Four of those bogeys came at the same hole, the par-four fifth.

Woods eventually triumphed by one stroke, while 10 players finished within three shots, all of whom could realistically have won had things gone a little differently, such is the fine line between victory and no cigar in a game of inches.

Koepka would have forced a playoff had he holed an eight-foot putt at the last, but he had to wait only a month to rectify that disappointment by winning the PGA Championship at Bethpage Black on New York's Long Island.

In doing so, Koepka became the first player to hold back-to back titles in two majors -- the PGA Championship and U.S. Open -- at the same time.

He finished the year as the clear world number one, even if FedEx Cup champion McIlroy controversially won the PGA Tour's Player of the Year in a vote of his peers after a season that included victories for the Irishman at the Players Championship, Canadian Open and Tour Championship.

While Koepka firmly planted his flag as the world number one, South Korean Ko established herself even more emphatically as the premier women's player, winning four times on the LPGA Tour, including two majors.

If Koepka bludgeons a course into submission, Ko by contrast swings with metronomic accuracy, splitting fairways with her textbook swing and finding the heart of greens with relentless precision thanks to her pinpoint iron shots.

She hit nearly 80% of greens in regulation, 3% more than anyone else, a dry statistic to be sure, but highly significant nonetheless.

Off the course, Kuchar made headlines for the wrong reasons after winning the Mayakoba Championship in Mexico in late 2018.

With only a vague verbal agreement in place, Kuchar felt no compunction about paying David 'El Tucan' Ortiz only $5,000 from his first prize of nearly $1.3 million, evidently feeling he was being rather generous.

Three months later, after being publicly shamed, Kuchar eventually upped the payout to a more respectable $50,000, still small change for a man with career earnings of more than $50 million.

(Reporting by Andrew Both in Cary, North Carolina; Editing by Ken Ferris)

More from Aol.com:
Drone racing is a sport that offers a thrill like no other
South Carolina man who inspired movie "Radio" dead at 73
Snowboarder dies after triggering avalanche