The NBA 2K League is basketball's hottest foray into esports 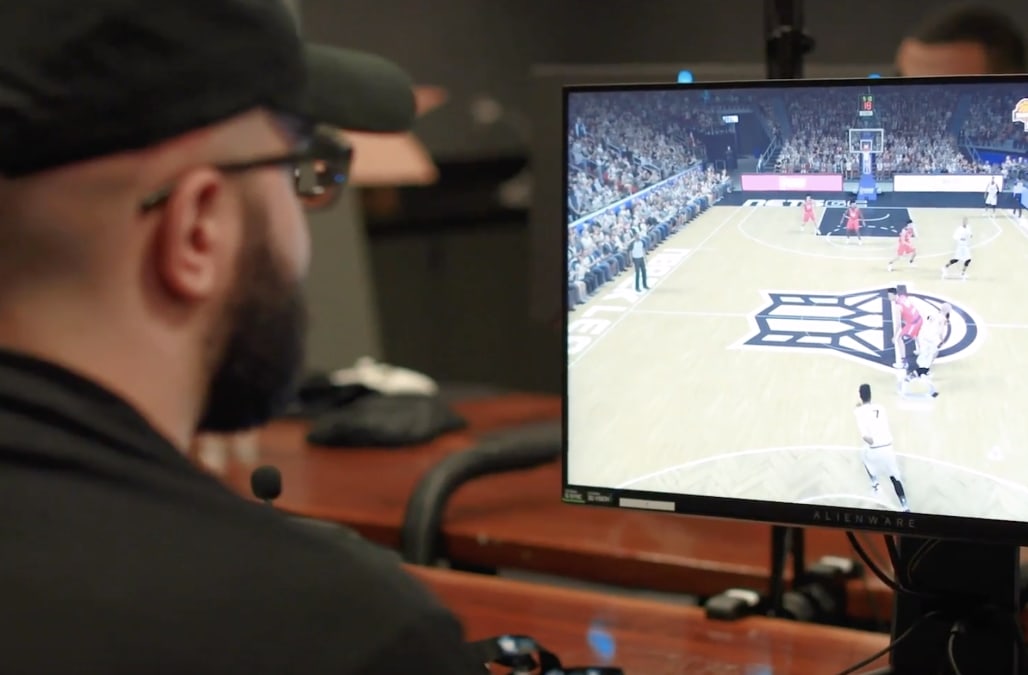 Over the next several months, there was a considerable push to monetize and promote it — from partnering with video live streaming service Twitch in April 2018, to hosting an international event in Hong Kong in 2019. During that same period, 23 teams affiliated with several of the NBA's teams were formed.

In truth, the NBA 2K League's rapid growth over the past two years is a testament to the increasing popularity of esports, which — to the everyday person — is simply defined as competitive video gaming. That fact has not been lost on the league's managing director Brendan Donohue, who previously held positions with the Atlanta Hawks, Milwaukee Bucks, Detroit Pistons and the then-New Orleans Hornets.

"The NBA had been looking at esports more broadly for a while," Donohue told In The Know. "And you started to see these 'League of Legends' events that were filling up NBA arenas, and our NBA owners were like, 'Okay, what's going on in esports?' Like every single month, the number was going up over just esport enthusiasts, you know, three, four hundred million."

As "League of Legends" — a multiplayer online battle arena video game — grew in recognition, so too did NBA 2K, the game on which the league is now based. That, in turn, forced the NBA to pay serious attention to the world of esports, Donohue added.

From there, both the NBA and Take-Two had to figure out how to source the best players around world, Donohue said. Approximately 72,000 players initially qualified for the combine, but, after just a month, both the league and the company were able to pare that number down to 102. In fact, at one point, the players were so good that the NBA and Take-Two had to make the game more difficult to play.

"We realized that we needed a specific mode or specific version of the game, that the gameplay themselves need to be balanced," video game developer Chien Yu said.

Given the advanced tactical aspects of the game, those who are lucky enough to compete in the NBA 2K League train tirelessly to beat their opponents.

"Competing in this esport is just like an everyday sport," Shaka Browne, one of the players, told In The Know. "We're practicing every single day... We might watch film. The coach is going over our plays, tendencies, things that he's seeing during practice."

And as that competition continues to expand, Donohue suggested that the league only has a bright future ahead.

"It is based on a real sport and that sport already has a massive, you know, built-in, like, global audience," he said. "It is truly global."