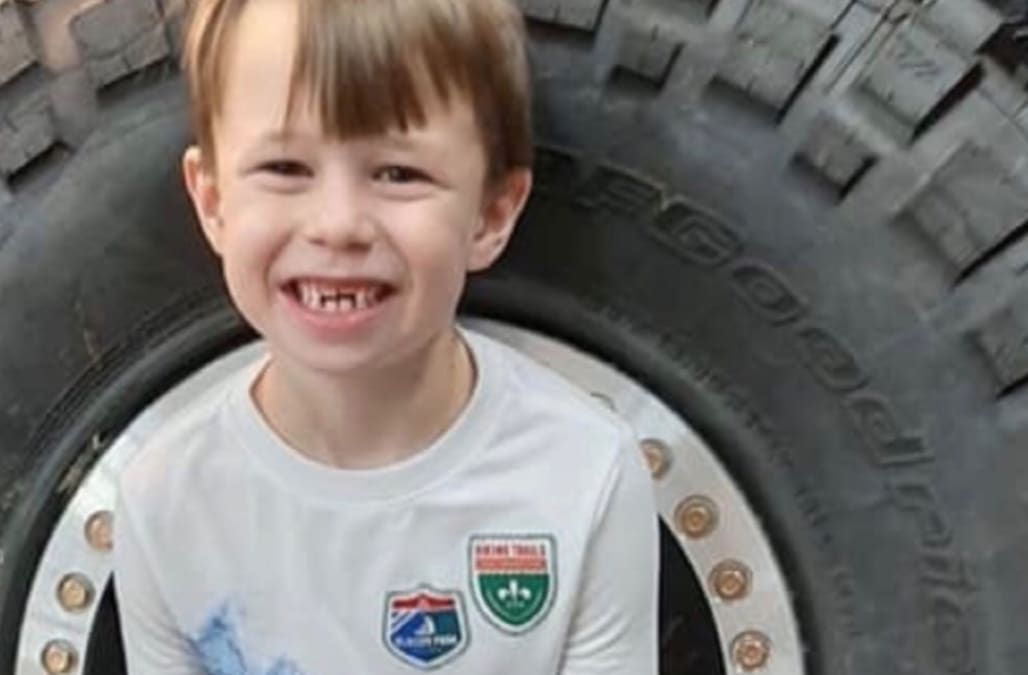 A 7-year-old boy suffered a gruesome demise Saturday after being fatally crushed by a trailer.

The Tennessee tyke was riding on a parade float when he fell off it and was run over by a truck being driven by his father, said the Tennessee Highway patrol on Monday.

Rowan Frensley was struck during the parade finale through the Mount Juliet Middle School parking lot, according to The Associated Press.

No charges have been filed, reported the Tennesseean.

Nearly 20 kids had been riding the trailer at the time of the accident, claimed Mount Juliet minister Eric Moreno.

“I don’t like to describe it,” said Moreno. “We worked with the parents and got the kids to a field and immediately started praying.”

Hundreds of community members convened at a Sunday vigil where Rowan died.

“This kid had the biggest heart,” recalled Tammie Brittain. “His smile could light up a room.”

On Monday, Rowan’s body was transported to a Mount Juliet funeral home with an escort from the fire and police departments.

“He always was the first to want to help and was so full of life,” recalled Cub Scout den leader Brandi Sprague. “He was a great son, brother and friend and is already missed by so many.”