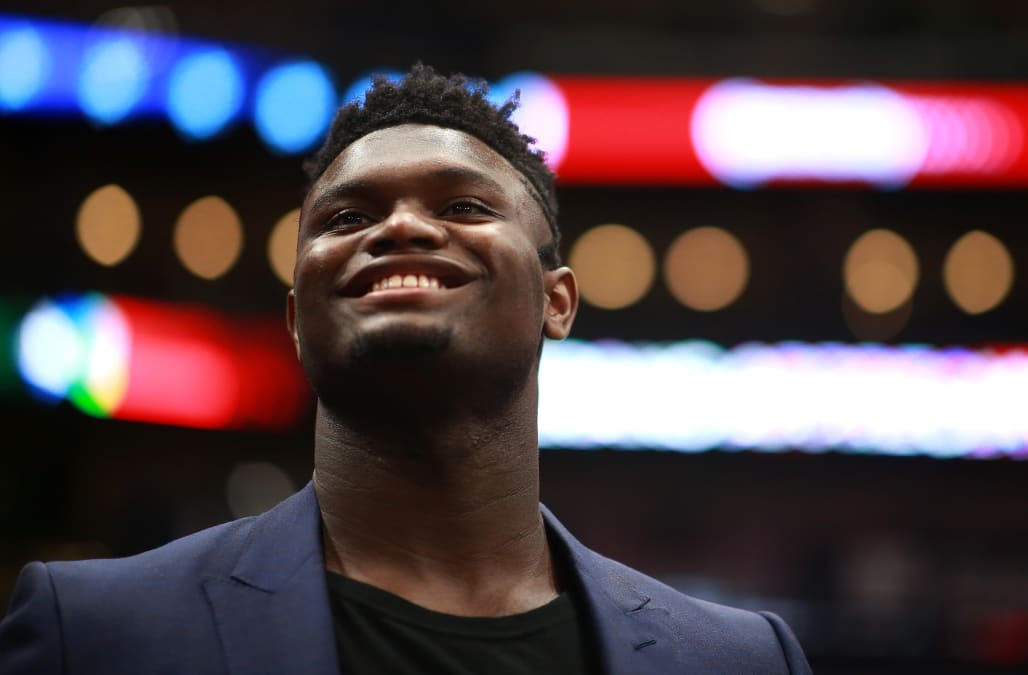 The New Orleans Pelicans haven’t said much about Zion Williamson since his knee surgery. While the team has given updates on Williamson’s progress, it hasn’t announced a return date for its star. The team wouldn’t even speak on the record about Williamson putting in work on the court. It was just a rumor ... until today.

The Pelicans confirmed Williamson is alive and well Tuesday. The team posted video of Williamson putting up some shots during the team’s practice.

The 19-year-old Williamson hit two of his three attempts in that video. Williamson’s third shot may have gone in as well, but Lonzo Ball swatted it away to mess with the rookie.

‘A little ways away yet’

General Manager David Griffin tried to temper expectations when he went on the team’s television broadcast during Tuesday’s game against the Nets.

"We're really excited with where he's at," Griffin said, via ESPN. "He's made really good progress. I know we've reached the eight-week point, and everyone is ready to see him. I think we're a little ways away yet, but today was a really big first step."

The GM said that Williamson is “fully weight-bearing,” and that this would be the time for a setback to occur.

“The teammates, the way they responded to him, the joy he has when he's on the floor is evident,” Griffin said. “And we've obviously needed that."

While the video of Williamson is promising, it doesn’t reveal a lot. He isn’t running or taking part in a scrimmage, he’s just putting up shots. That’s better than nothing, but it suggests Williamson still has hurdles to pass before he can play in games.

Still, it has to come as a relief for Pelicans fans to see their star rookie in action. At 6-22, the Pelicans haven’t been fun to watch this season. Williamson should change that once he’s healthy.

Tuesday’s video didn’t show a lot, but at least Pelicans fans finally have confirmation Williamson is inching closer to a return.