NFL POWER RANKINGS: Where every team stands heading into Week 16 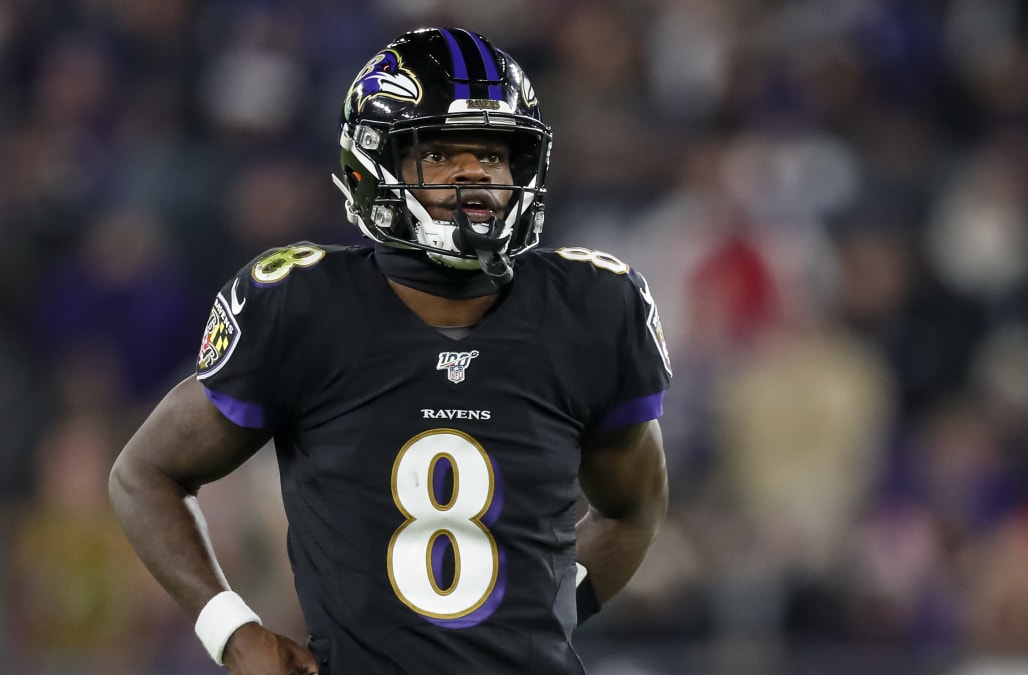 There are just two weeks left in the NFL season.

As we head into Week 16, both conference playoff pictures are muddy, with several teams jostling for one of the 12 postseason spots.

Take a look below at where all 32 teams stand with just two games remaining.

One thing to know: The Bengals have a two-game lead on the rest of the NFL for the No. 1 pick in the 2020 draft. As long as the Bengals don't win a game, they should be in the clear for April.

One thing to know: Washington has now blown big leads against the Eagles twice this season, leaving them with six consecutive losses against Philadelphia. Maybe next year they can finally break the streak against their divisional rival.

One thing to know: Statistically, there has not been much difference between Eli Manning and Daniel Jones this season, but Manning's return to the field the last two weeks has given the Giants some energy. Manning was given the game ball in Week 15 after throwing for 283 yards and 2 touchdowns (and 3 interceptions).

One thing to know: Lions head coach Matt Patricia will now have two seasons at the helm of the team with six wins or less, in a division that only looks to be getting more competitive year after year. But despite his rough start, the Lions front office is reportedly sticking with Patricia heading into 2020.

One thing to know: With Ryan Fitzpatrick likely starting Week 16, it's worth asking what's in store for Josh Rosen. The second-year QB hasn't played since Week 6, and the Dolphins seem likely to pursue a QB upgrade this offseason.

One thing to know: The Jets season may be over, but the team can still play the role of spoiler on Sunday against the Steelers, knocking them out of the playoff picture with a win in New York.

One thing to know: Kenyan Drake had a monster game in Week 15, going for 137 yards and 4 touchdowns. A free agent this season, it seems he may have found a landing spot in Arizona.

One thing to know: The Panthers have now lost six straight games after a somewhat promising 5-3 start to the season. This week, the team is expected to give rookie quarterback Will Grier his first start in what could be an important evaluation for the franchise with questions at the position heading into 2020.

One thing to know: Third-year receiver Mike Williams has made strides this season. Williams has 912 yards on the season, with a ridiculous, league-leading average of 20 yards per reception.

One thing to know: After two straight wins to start his career, Drew Lock suffered his first loss on Sunday, completing less than 50% of his passes on a snowy day in Kansas City. Despite the rough day, though, it feels like the Broncos finally have found a quarterback they feel comfortable investing some time in developing.

One thing to know: The Browns may technically be alive in the playoff race, but things are turning sour quick. NFL Network's Mike Silver reported Browns players were shouting at the Cardinals to "come get me." This, after reports that Odell Beckham Jr. wants out of Cleveland, too.

One thing to know: The Raiders collapsed in the fourth quarter on Sunday against the Jaguars, losing calamitously in their final home game in Oakland ever. Raider Nation made their displeasure known, booing and throwing trash onto the field after the final whistle.

One thing to know: The Jaguars were swiftly handed another "L" after breaking a five-game losing streak. After an arbitrator ruled against the team for fining players for missing offseason medical appointments on Monday, the NFLPA warned players about signing in Jacksonville, noting these types of complaints are common.

One thing to know: With their dramatic win over the 49ers on Sunday, the Falcons now have beaten two of the top teams in the NFC this season, having already beaten the Saints back in Week 10. It leaves one to wonder what this team could have been had they not completely stumbled to a 1-7 record to start the season.

One thing to know: The Colts began the season 6-2, but have lost six straight. Their poor showing on both sides of the ball in Week 15 showed that there are still a lot of improvements to be made to the roster this offseason.

One thing to know: The Chicago Bears faced a desperate situation at the end of their game against the Packers on Sunday, but nearly pulled off a miracle, with a multi-lateral play in the final seconds of regulation falling just yards short of the end zone. Chicago was just one more pitch to Allen Robinson away from keeping their playoff hopes alive — instead, they're now looking forward to next season.

One thing to know: Turnover issues continue to plague Jameis Winston, but he's also had back-to-back 450-yard, 4-touchdown games and supported two 1,000-yard receivers in Chris Godwin and Mike Evans. Has he done enough to keep his job going forward? The Bucs have won four straight.

One thing to know: The Rams have suffered through a season of starts and stops in the year following their NFC title. Heading into Sunday, Los Angeles looked as though they had finally put it together, winning two straight games dominantly and looking like the Rams of last year. Still, they couldn't keep it going against the Cowboys as Dallas obliterated them on both sides of the ball, all but ending their hopes of making it back to the playoffs.

One thing to know: The Eagles' playoff mission is simple: win-out and they're in. Week 16 against the Cowboys could decide the season.

One thing to know: With their loss to the Bills this week, the Steelers' path to the playoffs got a bit more daunting. Pittsburgh still controls their destiny and can secure a spot in the postseason if they win out against the Jets and Ravens to close the year. Should they drop either of those games, they'll need some help from around the AFC to play into January.

One thing to know: The Titans' playoff hopes took a blow with their loss to the Texans. They're not out yet, but they'll have to win out and beat the Texans in Houston in Week 17.

One thing to know: After three straight losses left the Cowboys on the brink of disaster, Dallas finally turned things around on Sunday with a huge win over the Rams, setting up an all-or-nothing game in Philadelphia this weekend with the NFC East hanging in the balance. Hopefully, the Cowboys can avoid another coin-toss snafu this time around.

One thing to know: Texans coach Bill O'Brien didn't rule out J.J. Watt for the playoffs. If Houston can win the division, the return of Watt could give a struggling Texans defense a huge boost in the postseason.

One thing to know: Minnesota has already secured their spot in the playoffs, but still have an outside shot at winning the NFC North if they win out, and the Packers lose out, including in a matchup this weekend.

One thing to know: The Bills secured their second playoff berth since 2000 with a game-winning touchdown over the Steelers. They'll still be in the hunt for the AFC East if they can beat the Patriots this weekend.

One thing to know: After the Patriots blowout win over Cincinnati, Bengals running back Joe Mixon tweeted out that he had been "too scared to ask" Tom Brady to exchange jerseys. Brady responded, saying he'd be sure to send one his way soon.

One thing to know: The Chiefs have won four straight, and their defense is coming together, as they've held all four opponents below 18 points and two of them below 10. They may have gotten a boost with the pick-up of linebacker Terrell Suggs, but he may not report.

One thing to know: Aaron Rodgers and the Green Bay Packers have not won the headlines that the Ravens and 49ers have this year, but they've been just as steady all season en route to securing a playoff spot for the first time since 2016. Should they win out against the Vikings and Lions to close the season, they'll be rewarded with a first-round bye.

One thing to know: Drew Brees lit up the Colts in Week 15, completing 29-0f-30 passes for 307 yards and 4 touchdowns to become the all-time leader in passing touchdowns.

One thing to know: The San Francisco 49ers have three losses on the year, but no team in football is closer to being undefeated. Two of the 49ers' losses have come against game-winning field goals, while Sunday's loss to the Falcons was the product of a Julio Jones touchdown catch with just two seconds left in the game. Despite how close the 49ers are to a perfect season, they're currently a wild card team.

One thing to know: Josh Gordon is suspended indefinitely for violating the NFL's banned substance policy. Gordon was supposed to be a midseason boost to the Seahawks receiving corps. Will Seattle look for outside help, perhaps in the form of Antonio Brown?

One thing to know: Lamar Jackson had another spectacular game on Thursday night against the Jets, throwing five touchdowns for the third time this season and rushing for 86 yards to break Michael Vick's record for rushing yards by a quarterback in a single season.

With just one more win in their final two games of the year, the Ravens will secure the top seed in the AFC side of the playoff bracket, ensuring that the road to the Super Bowl goes through Baltimore.

(Photo by Scott Taetsch/Getty Images)
Up Next

Now, take a look back at the players that wowed the college football world...

The 31 most memorable college football players of the decade >