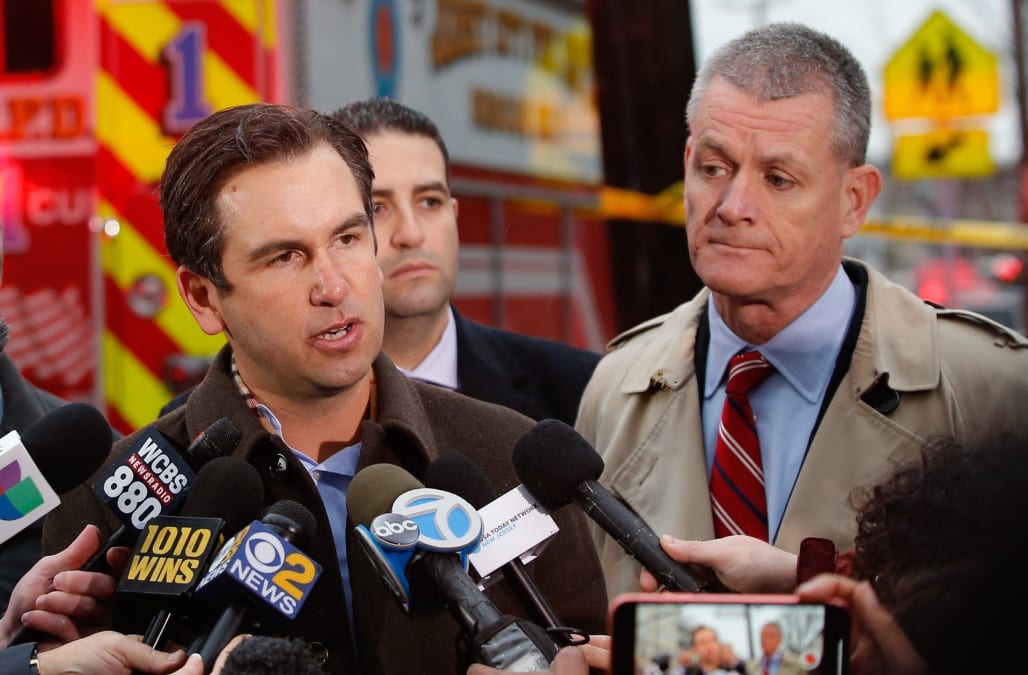 Jersey City Mayor Steven Fulop is calling on a school official who referred to Jewish people as “brutes” in an angry Facebook post to resign.

Fulop denounced the official, Jersey City Board of Education trustee Joan Terrell-Paige, over a lengthy Facebook comment in which she appeared to justify last week’s deadly assault on a Jewish market carried out by two shooters in Jersey City, New Jersey. The attack left six people dead, including the shooters, a police officer and two members of the city’s Hasidic community.

Fulop said Terrell-Paige’s comments had “no place in our schools and no place amongst elected officials.”

“My opinion is she should resign,” he tweeted.

I also said I’m not going to mix words. My opinion is she should resign. That type of language has no place in our schools and no place amongst elected officials. Imagine she said this about any other community - what would the reaction be? The same standard should apply here https://t.co/QMLOlBuarR

Fulop called the shooting an attack on the Jewish community, confirming reports that one of the shooters had posted anti-Semitic comments on social media.

In her Facebook post, Terrell-Paige asked whether people were “brave enough to explore the answer” to why the shooters targeted the Jewish market. She also criticized the sympathy being offered to the Jewish community.

“Where was all this faith and hope when Black homeowners were threatened intimidated, and harassed by I WANT TO BUY YOUR HOUSE brutes of the jewish community,” Terrell-Paige reportedly wrote on Facebook, according to a screenshot captured by a conservative news blog.

″[The shooters] went directly to the kosher supermarket,” Terrell-Paige continued in her Facebook post. “I believe they knew they would come out in body bags. What is the message they were sending? Are we brave enough to explore the answer to their message? Are we brave enough to stop the assault on the Black communities of America?”

She concluded the post by noting that she was speaking “as a private citizen” and not as an elected official: “These beliefs are mine and mine alone.”

Joan Terrell is an elected member of the Jersey City Board of Education, she says that the murders of the Jews in Jersey City may be justified. @jcps_districtpic.twitter.com/H5o0yqpcnO

Terrell-Paige showed no remorse for her comments while speaking to Politico.

When asked by the news site whether she regretted posting her rant, she said, “No, I don’t.”

Board of Education President Sudhan Thomas distanced the board from Terrell-Paige’s comments and denounced “hate” and “bigotry” in a statement to local news site NJ.com.

“Trustee Paige’s comments do not reflect the JCBOE outlook or value system. The JCBOE is home to 30,000 students and 6,000 employees from various ethnicities, religions, cultures and sexual orientation,” Thomas said. “There is no room for any kind of hate or bigotry in Jersey City.”

Terrell-Paige is an elected official whose term on the Board of Education ends at the end of 2020.

I saw this and i’m saddened by the ignorance her comments demonstrate. Her comments don't represent Jersey City or the sentiment in the community at all. The African American community in Greenville has been nothing short of amazing over the last week helping neighbors.