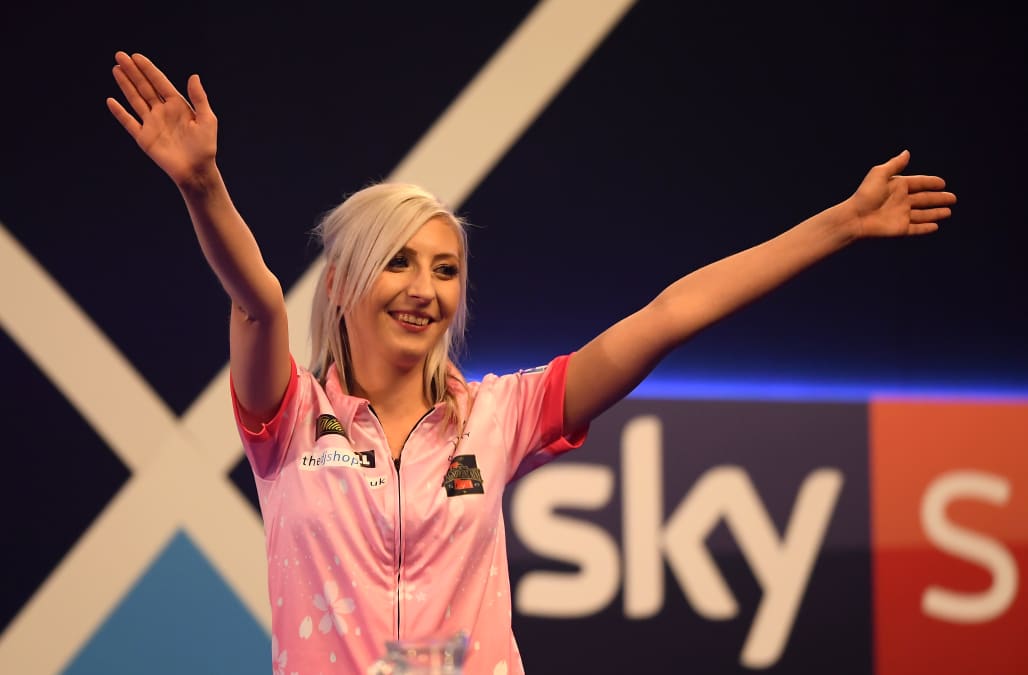 Darts fans are a rowdy bunch.

The crowd at the Professional Darts Corporation World Championship in London Tuesday didn’t disappoint when it witnessed Fallon Sherrock make history in the sport.

Sherrock, a 25-year-old English darts player became the first woman to win a match at the PDC World Championship when she rallied to defeat Ted Evetts, 3-2 in the first round of the sport’s most prestigious event.

When she stepped up and threw her winning double-18 to clinch the match, the Alexandra Palace crowd went nuts.

Fallon Sherrock has become the first woman to win a match at the PDC World Championship.

Just look at these scenes, a history making moment for darts. pic.twitter.com/zqoOeyQLmt

“I’m speechless, I don’t know what to say,” Sherrock said after the match, per The Guardian. “I feel really happy because I have proven something for women’s darts, that women can play the men and beat them, so fingers crossed this is a move in the right direction. I’m over the moon, I can’t believe it!”

Sherrock had established her bonafides on the women’s circuit, having finished as runner-up at the 2015 British Darts Organization Women's World Championship. She is currently ranked No. 4 in the women’s BDO rankings.

Her win on Tuesday amounted to darts history.

Sherrock scored six perfect 180s (three triple 20s) en route to a victory that saw her rally from losing the first game of the match.

According to the Guardian, Sherrock is the fifth woman to compete in the championship and the fourth since a qualification standard put in place last year ensured that two of the 96 entries would go to women.

After defeating Evetts, the world’s 95th-ranked player, Sherrock advances to the second round to face world No. 11 Mensur Suljovic.