Trump praises N.J. Democrat who is switching parties to vote against impeachment 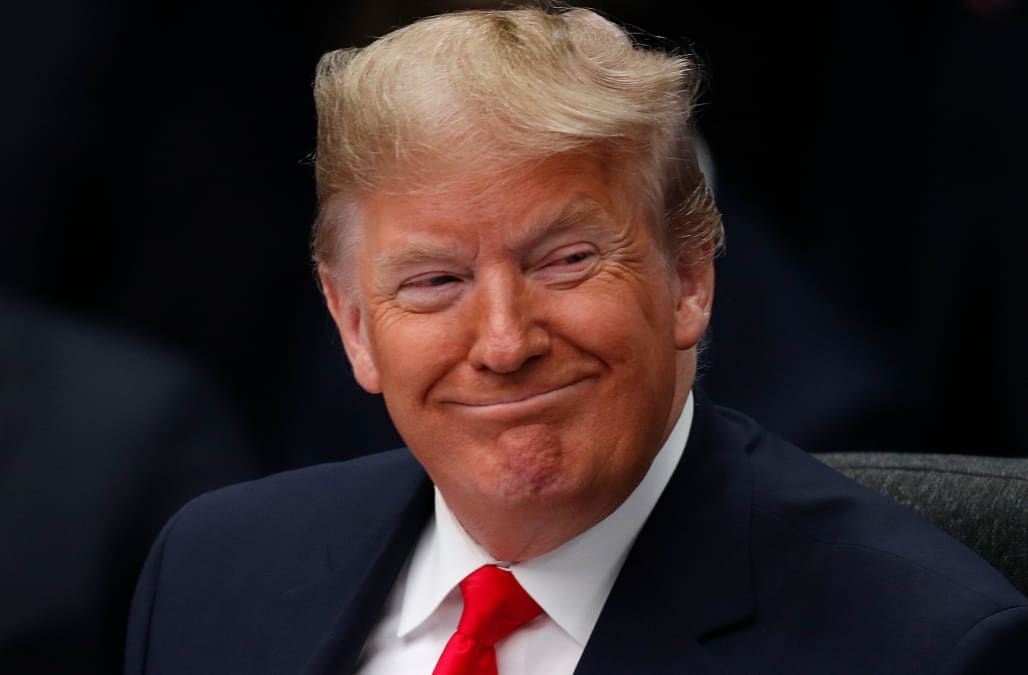 “Congressman Jeff Van Drew is very popular in our great and very united Republican Party,” Trump tweeted. “It was a tribute to him that he was able to win his heavily Republican district as a Democrat. People like that are not easily replaceable!”

In 2018, Van Drew won by 8 points over the Republican nominee in New Jersey’s Second Congressional District, which Trump won by nearly 5 points and previously had been represented by a Republican for 24 years. He faces reelection next year.

Related: Celebrities who are Republicans

Celebrities who are Republicans
"The Middle" and "Everybody Loves Raymond" star Patricia Heaton campaigned for Mitt Romney ahead of the 2012 presidential election. However, in early 2016 as fervor began to swirl around then-candidate Trump, she tweeted of the GOP, "If he's the nominee then it won't be my party."
Candace Cameron Bure is a conservative and even spent time as a panelist on "The View," where she sparred with her more liberal co-hosts. However, during the height of the 2016 election, she said she was "disappointed" in her party and the GOP candidates' behavior.
Curtis "50 Cent" Jackson has said that if his felony conviction didn't prohibit him from voting, he would have voted for George W. Bush in the early 2000s.
While he rarely speaks publicly about politics, Adam Sandler is a registered Republican who donated to Rudy Giuliani's presidential campaign in 2007.
Caitlyn Jenner is one of few vocal transgender supporters of the GOP and has appeared on numerous conservative panel discussions since her transition from male to female. While she did vote for Trump, in October 2018, she said she regrets supporting him, proclaiming, "He has insulted our dignity."
Kris Jenner voted for Hillary Clinton in 2016, but in 2012, daughter Kim Kardashian told reporters, "The parents are Republicans and the children are Democrats so it’s like a political warfare in our household when we talk about politics.”
In addition to endorsing Republican candidates through the years, Vince Vaughn has also said he strongly supports the GOP stance on guns, suggesting that teachers in schools should be armed. He has not explicitly voiced support for Trump.
Cindy Crawford was a vocal supporter of Romney in 2012. However, she has stayed mum on Trump, who graphically discussed her physical characteristics during past interviews with Howard Stern.
In 2012, Kelsey Grammer wasn't nominated for an Emmy for his work"Boss," and he suspected the snub was related to him being a "declared out-of-the-closet Republican in Hollywood."
Actor and rapper LL Cool J attends the 13th Annual Apollo Theater Spring Gala on Monday, June 4, 2018, in New York. (Photo by Donald Traill/Invision/AP)
Up Next

Van Drew made the decision to switch parties after meeting with the president late last week.

At least six members of Van Drew’s staff resigned in protest over his jump to the GOP.

“Sadly, Congressman Van Drew’s decision to join the ranks of the Republican Party led by Donald Trump does not align with the values we brought to this job when we joined his office,” the staffers wrote in a resignation letter.

“He’s putting politics over the Constitution, he’s putting cuteness over courage and he’s cutting and running,” New Jersey Democratic Gov. Phil Murphy said on CNN. “He apparently saw some poll numbers he didn’t like. He’s on the wrong side of impeachment.”

The move also did not sit well with Republicans who were planning to run for his seat next year.

“This is the end of his career,” David Richter, a Republican businessman who has been campaigning for the seat, told the New York Times.

In October, Van Drew was just one of two House Democrats to vote against opening the impeachment inquiry.

The other, Rep. Collin Peterson, D-Minn., says he’s also been approached by top Republicans about switching parties but has no plans to do so.

“I’m staying in the party, in spite of some of the stuff that’s going on that I don’t agree with. I am not going to switch parties at this stage of my career, Peterson told a local radio station. “There have been overtures by the highest levels of the Republican Party in the last couple weeks to ask if I would consider it and I told them no.”