Maria Butina, convicted in U.S. of being Russian agent, gets job as state TV host 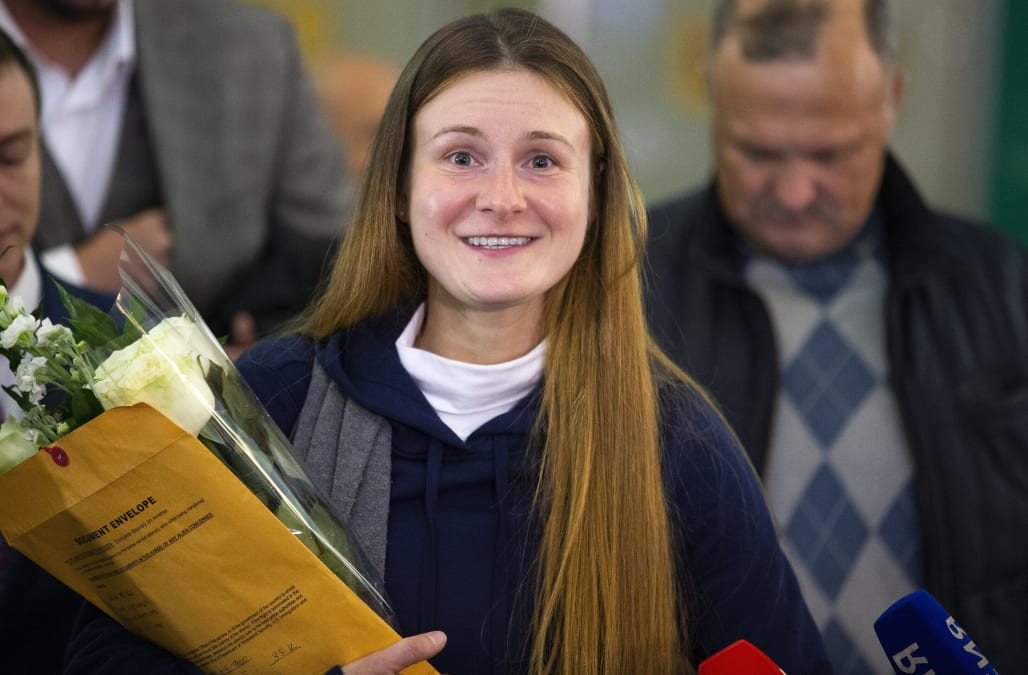 MOSCOW — A Russian woman jailed in the United States for working as a foreign agent and deported to Moscow has been hired by Russia's state-funded RT television as a host for an online show that mocks the opposition, the station said on Tuesday.

Maria Butina, 31, pleaded guilty in a U.S. court last December to one count of conspiring to act as an agent for Russia by infiltrating a gun-rights group and influencing conservative activists and Republicans.

She was deported in October after serving most of an 18-month sentence and met with fanfare in Moscow where officials had called the charges against her ridiculous and said she had been forced to confess.

"Well, I'm home now," Butina says with a grin and wearing a "foreign agent" T-shirt in a promotional clip for the show aired on Tuesday.

The show is called Wonderful Russia Bu Bu Bu, a play on words mocking a similar slogan by prominent Kremlin critic Alexei Navalny who talks of the "Wonderful Russia of the future" when President Vladimir Putin is no longer in power.

"Bu bu bu" roughly translates as "blah blah blah." But "bu" is also the beginning of the word for "future."

RT said Butina had taken part in the show last week and defended the jailing of several Russian opposition activists at anti-Kremlin protests earlier this year.

Putin has in the past warmly welcomed home alleged Russian agents arrested abroad and said in 2010 he had sung patriotic songs with Anna Chapman, a Russian spy arrested in the United States and then freed as part of a major swap.

Officials in Moscow say RT, which broadcasts news in English, Arabic and Spanish, gives Russia a way to compete with the dominance of global media companies based in the United States and Britain, which they say offer a biased world view.

But critics say the channel functions like a propaganda arm of the Russian state, an assertion the station rejects.