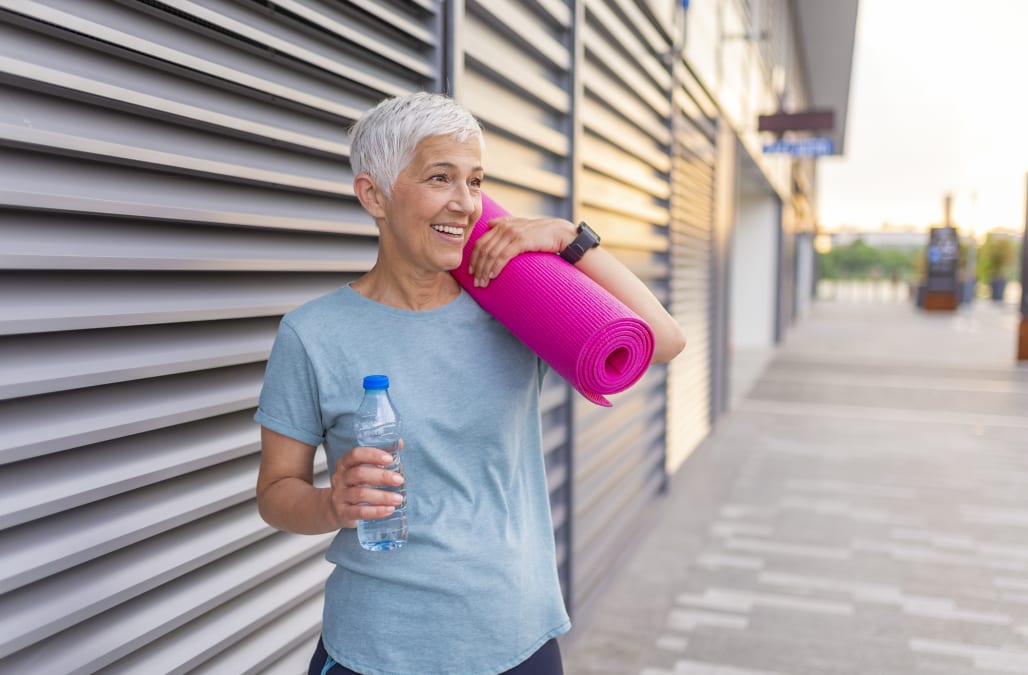 Post-menopausal women who are able to lose even a modest amount of weight — and keep it off — may reduce their risk of developing breast cancer, research published Tuesday finds.

Doctors have long known that obesity increases a woman's chances of breast cancer after menopause. However, this study in the JNCI: Journal of the National Cancer Institute is the first large body of scientific evidence to suggest the effect can be reversed with weight loss.

"What we found was that indeed, women who lost weight and kept it off had a lower risk of breast cancer than women who stayed the same weight," said lead study author Lauren Teras, scientific director for epidemiology research at the American Cancer Society.

The findings could have broad public health implications, given that an estimated 2 out of 3 women in the United States are either overweight or obese.

Teras' research pulled together data from 10 separate studies, which included, in total, 180,000 women over age 50 who were tracked for a decade. Nearly 7,000 of the women were diagnosed with breast cancer during that time.

Weight was measured at the beginning, middle and end of the study to see whether the women lost weight, and if so, whether they were able to maintain that weight loss. The study authors accounted for other risk factors that can impact obesity and/or breast cancer risk, including physical activity levels and whether the women were on hormone replacement therapy.

Women who were able to lose just 4.5 pounds and keep it off were found to have a 13 percent lowered risk for breast cancer.

The larger the sustained weight loss, the greater the apparent impact. Teras said that women who lost at least 20 pounds cut their risk for breast cancer by about a quarter.

Related: Celebs who have had or are battling breast cancer

"This is a really hopeful study," said Dr. Jennifer Ligibel, a breast oncologist at Dana-Farber Cancer Institute who was not involved with the new research.

"It suggests that there are things that individuals can do to potentially modify their risk of developing breast cancer," she said.

The study was only able to show an association between weight loss and reduced risk of breast cancer, not prove cause and effect. But outside experts say the results are important, and give physicians science to back up common-sense health advice for their patients to lose excess weight when possible.

"It gives us more certainty and more confidence that losing weight, even after a certain age, is associated with a lower risk (of breast cancer)," said Karen Basen-Engquist, a professor of behavioral science at the University of Texas MD Anderson Cancer Center.

Other than skin cancer, breast cancer is the most commonly diagnosed cancer in women in the U.S. It's also the second deadliest cancer among women.

The American Cancer Society estimates the average woman's risk for developing breast cancer is 1 in 8, or about 12 percent.

How postmenopausal obesity impacts breast cancer development is not well understood, but it appears to center on hormones. Fat cells make estrogen, which can, in turn, fuel some forms of breast cancer.

Breast cancer experts also say certain other hormones and chronic, low-level inflammation may also play a role in the link between obesity and breast cancer. "There are a lot of things that are different when you have excess body weight than when you don't," Ligibel told NBC News.

While some breast cancer risk is genetic, lifestyle factors can also contribute, such as lack of physical activity, alcohol intake and some forms of hormone therapy. In the new research, the link between weight loss and breast cancer risk was only observed in women who were not taking hormone replacement therapy, said Teras.

"A greater proportion of the women in this study used postmenopausal hormones than do today," she told NBC News. The number of women on hormone therapy has dropped significantly since the early 2000s, when research found that it was linked to an increased risk for heart problems.