Justice Ruth Bader Ginsburg hits back at Trump's calls to stop impeachment: 'The president is not a lawyer' 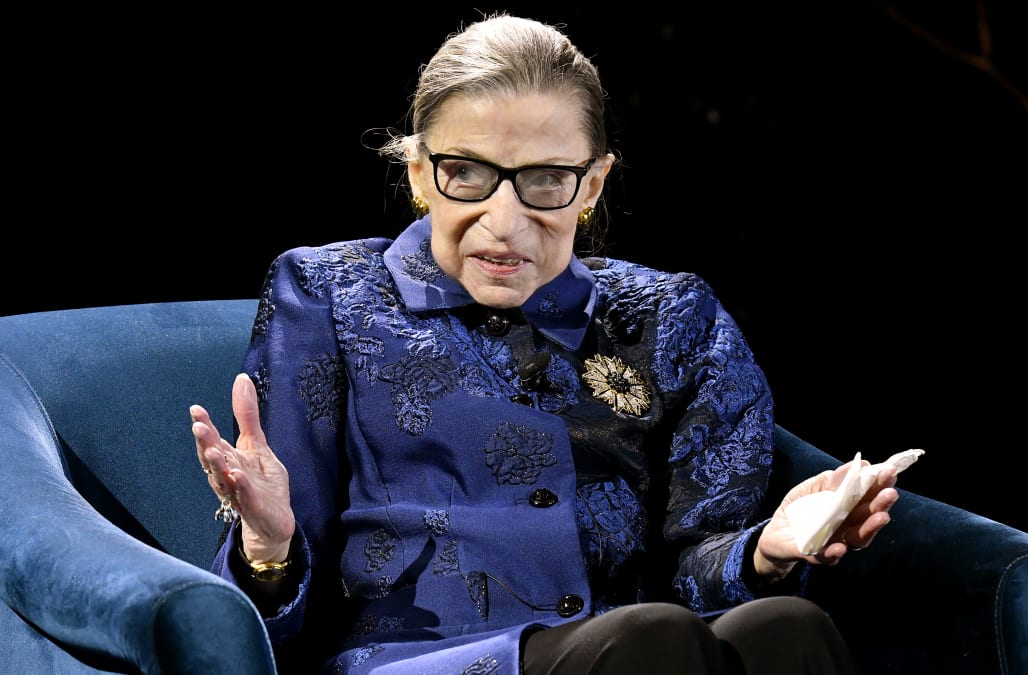 Supreme Court Justice Ruth Bader Ginsburg shut down President Donald Trump's attempts to discredit the ongoing impeachment proceedings against him by saying "the president is not a lawyer" at an event in New York City, CNN reports.

Ginsburg made the remarks at a function where she was awarded the Berggruen Institute Prize for Philosophy and Culture.

On Wednesday, the House of Representatives is expected to take a vote to pass two articles of impeachment against Trump for abusing his office and obstructing Congress.

If the House votes by simple majority to impeach Trump, the Senate will hold a trial determining whether to convict Trump on one or both charges. Ginsburg's colleague Supreme Court Chief Justice John Roberts would serve as the judge in the trial.

In recent days, Trump has embarked on multiple Twitter tirades to defend himself against the charges and denounce House Democrats for, in his view, subjecting him to an unfair and illegitimate "witch hunt."

In Friday comments during an Oval Office meeting with the president of Paraguay, Trump attacked the impeachment process as a "witch hunt," a "sham," and a "hoax."

"It's a scam, it's something that shouldn't be allowed, and it's very bad for our country," he said. "You're trivializing impeachment, and I tell you what, someday there will be a Democrat president and a Republican House, and I suspect they're going to remember it."

In a televised sitdown with French President Emmanuel Macron at the NATO summit, Trump said a Republican Congress would impeach a Democratic president, "because somebody picked an orange out of a refrigerator and you don't like it, so let's go and impeach him."