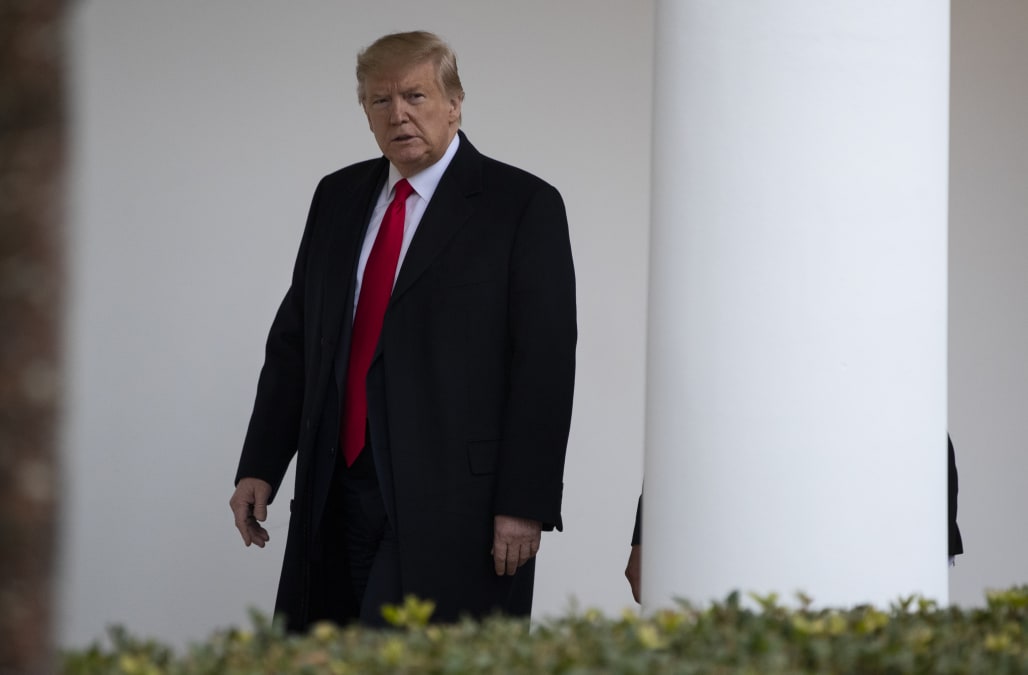 WASHINGTON (Reuters) - The U.S. House of Representatives on Tuesday approved a $1.4 trillion spending package to avert a partial government shutdown that also would raise the U.S. tobacco purchasing age to 21 and permanently repeal several of the Affordable Care Act's (ACA) taxes.

The spending package now heads to the Senate, where lawmakers aim to approve it before current government funding runs out on Saturday, avoiding the type of messy budget battle that resulted in a record 35-day interruption of government services late last year and early this year.

The legislation, worked out between leading lawmakers and the Trump administration, denies President Donald Trump the full $5 billion he requested to help build his signature wall along the U.S.-Mexico border, keeping funding static at $1.37 billion for border barriers.

White House spokeswoman Kellyanne Conway said Trump is nevertheless expected to sign the $1.4 trillion bill this week. "He's very happy with what he's learned the final contents are expected to be," Conway told reporters at the White House.

The crackdown on youth smoking, by changing the minimum age for cigarettes, vaping devices and other tobacco purchases to 21 from the current 18, would give the U.S. Food and Drug Administration six months to develop regulations. The agency would then have three years to work with states on implementing the change.

The largest expenditure in the bill is for the Department of Defense, which would get a total of $738 billion for this year, $22 billion more than last year.

**Click through the following slides to see how social media users reacted to President Donald Trump floating the idea of creating a 'Space Force.'**

The only good thing about Space Force is that it could finally lead to a federally funded Space Jam
LEAKED: Official Space Force uniform. https://t.co/bXkXcmEk0O
"And then he … wait, you won't believe it … and then … then he … HE SUGGESTED A SPACE FORCE!” https://t.co/HVnrXxjtaS
@CBSNews So are we going to have space cadets attending the trump college.
@CBSNews Will there be astronauts marching in the parade?
@ABC I have a great idea! Let’s call it NASA and then NOT cut any funding to it.
Okay. I saw the clip in context. He was kidding about the Space Force -- so we're not getting a real life Starship… https://t.co/qhSkP90qE7
Dear World: We would like to apologize for our extremely dumb American president. Yes, he did say “space force.” N… https://t.co/ecWPzwR7kZ
SPACE FORCE!!!!!!!!!!!!!!!!!
Meanwhile, at Trump’s Space Force: https://t.co/57XxHEdrj9
John Kelly's reaction to Trump proposing a "Space Force." https://t.co/4RAKmiPXmM
tfw you hear the president pitching his exciting new idea about an outer space "Force" https://t.co/FGNWKUx5hP
"DO YOU WANT TO JOIN THE SPACE FORCE?!" https://t.co/wFPdyvijN0
I think we all know who's going to head up the Space Force https://t.co/SMo7YXs3V3
Up Next

As part of that defense package, the Senate on Tuesday authorized the creation of Trump's "Space Force," the first new branch of the U.S. military to be created in more than 60 years. It also gives federal employees 12 weeks of paid parental leave.

The overall spending deal does not include big-ticket benefit programs like Social Security and Medicare, which are funded separately.

The massive spending package comes as the U.S. government is expected to have a higher-than-average budget deficits over the coming decade, fueled in part by diminished revenue resulting from the 2017 Republican tax overhaul.

The nonpartisan Congressional Budget Office projects the U.S. government will have a budget deficit of $960 billion in the 2019 fiscal year, and average annual deficits of $1.2 trillion over the 2020 and 2029 fiscal years.

Some of the money would be used to harden infrastructure against cyber attacks following election meddling by Russia in 2016.

Negotiators settled on $7.6 billion for conducting next year's census, which is done once every 10 years. That would be $1.4 billion more than Trump proposed.

All of the money would fund government programs through Sept. 30, 2020, the end of the current fiscal year.

The legislation would repeal several taxes originally created to help fund the ACA, popularly known as Obamacare, that had been delayed or were only intermittently in effect.

It calls for a permanent repeal of the so-called "Cadillac tax," a 40% tax on generous health insurance plans.

It had aimed to encourage corporations to buy lower-cost plans for employees, but was opposed by many unions that had negotiated their health insurance plans and by businesses who said it was a benefit workers valued. The tax was delayed and never went into effect.

The spending bill would also repeal the 2.3% tax on the sale of medical devices such as catheters and pacemakers, which drew opposition from bipartisan lawmakers who said it hurt innovation at medical device companies.

Another tax to be repealed is an industry-wide health insurance fee of about 2.5% to 3% of premiums collected.