Deputy who slammed student to floor charged with assault 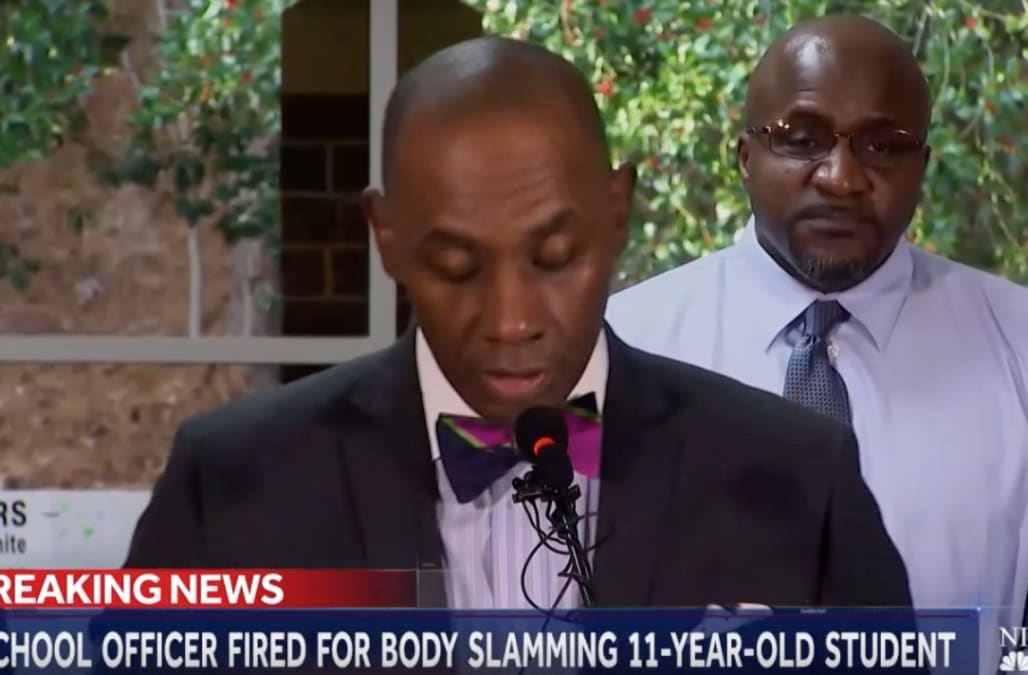 A North Carolina school resource officer seen on video slamming a middle school student twice on the ground has been fired from the sheriff's department and charged with assault, officials said.

Durham also lost his job after footage surfaced of him picking an 11-year-old child up into the air and throwing the student face-first onto the floor at Vance County Middle School, about 45 miles north of downtown Raleigh.

The deputy then picked the child up again and slammed him on the ground a second time before he roughly yanked the boy to his feet, video obtained by NBC affiliate WRAL showed.

The incident happened on Thursday, and the school reported it to the school district that day.

Mike Waters, district attorney for Vance County, said Tuesday that a warrant has been issued for Durham's arrest.

He said Durham was charged with misdemeanors rather than felonies because the boy did not suffer serious bodily injuries.

"As a part of this investigation, we will be seeking to make sure that Mr. Durham does not ever serve as a law enforcement officer here," Waters said.

The boy's grandfather, a pastor, on Monday said, "What happened to my grandson was very bad."

Pastor John Miles said at a news conference Tuesday that was separate from the prosecutor's that the family was disappointed in the misdemeanor charges, but he thanked officials.

Miles said previously that his grandson called his mother after the incident, and that an assistant principal at the school took him home. The boy's mother has said he has a bump on his head from the incident but was not hospitalized.

The Vance County school district said the incident was "unacceptable and egregious."

"We are disappointed, embarrassed and most of all, want to express our apologies to our community that this occurred," the district said in a statement Monday. "No student should ever experience this anywhere, especially not in our schools. We are better than this."