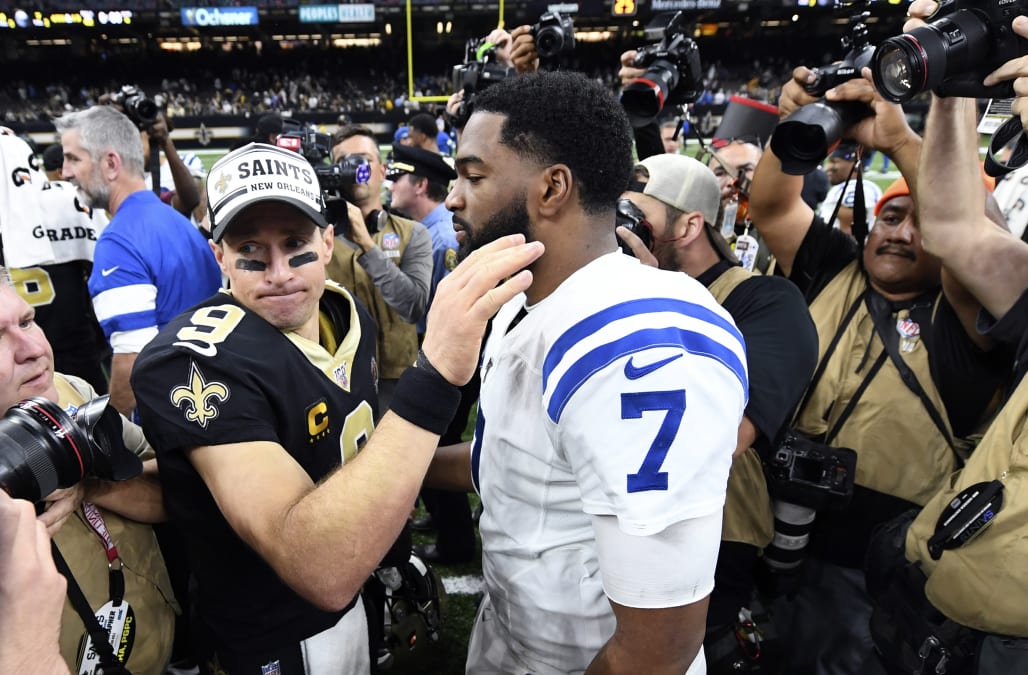 Last season, Drew Brees hit a slump in December. He was approaching his 40th birthday. It was fair to wonder if that was a sign he was finally slipping.

Brees is 40 now and getting better as this season wears on. Monday night will be remembered for Brees setting the all-time passing touchdown record, passing Peyton Manning with his 540th touchdown pass. History will also show that Brees didn’t stagger across the finish line in his chase of the touchdown record. He had one of the best games of his storied career on Monday night.

Brees’ big night led a 34-7 blowout win over the Indianapolis Colts, and the Saints improved to 11-3. They’re still in the race for the No. 1 seed in the NFC.

The records are great and each one adds to Brees’ legacy. So would a second Super Bowl ring, and the Saints are right in the mix for that.

Drew Brees has a magical night

It looked early on like Brees would have a good chance to pass Manning. He needed three touchdowns to set the record and he was sharp from the opening kickoff.

Brees was spreading the ball around and could complete one to Michael Thomas whenever he wanted. Thomas continued his own record march, for the single-season completion record. Thomas had nine catches and a touchdown in the first half. He finished with 12 catches for 128 yards. Brees was rolling, and when he hit Josh Hill for a five-yard touchdown and the all-time passing record early in the third quarter, the game was over.

The offense was unstoppable, and the defense rebounded from a tough day against the 49ers in Week 14. Indianapolis’ offense got nothing going all night. It was a rout. The Saints didn’t even punt until the fourth quarter, when they led 34-0. Brees finished with 307 yards. The Colts got a meaningless touchdown with 3:56 left to ruin the Saints’ shutout bid. That’s about the only bad thing that happened to New Orleans all night.

It was a reminder that the Saints are as good as any team in the NFL. And that Brees, even in his 40s, is still one of the best in the game.

Brees has been great since injury

Brees missed five games after thumb surgery this season. There was a question about how that injury would affect him, especially at age 40. It hasn’t at all.

When Manning won a Super Bowl in 2015, he struggled badly in his final season. Age and injuries caught up to him, and that’s normal. Denver’s historic defense was responsible for that title.

If the Saints win another Super Bowl this season, they won’t be carrying Brees along for the ride. As Brees threw his 541st touchdown in his 19th season, he somehow looked better than ever.