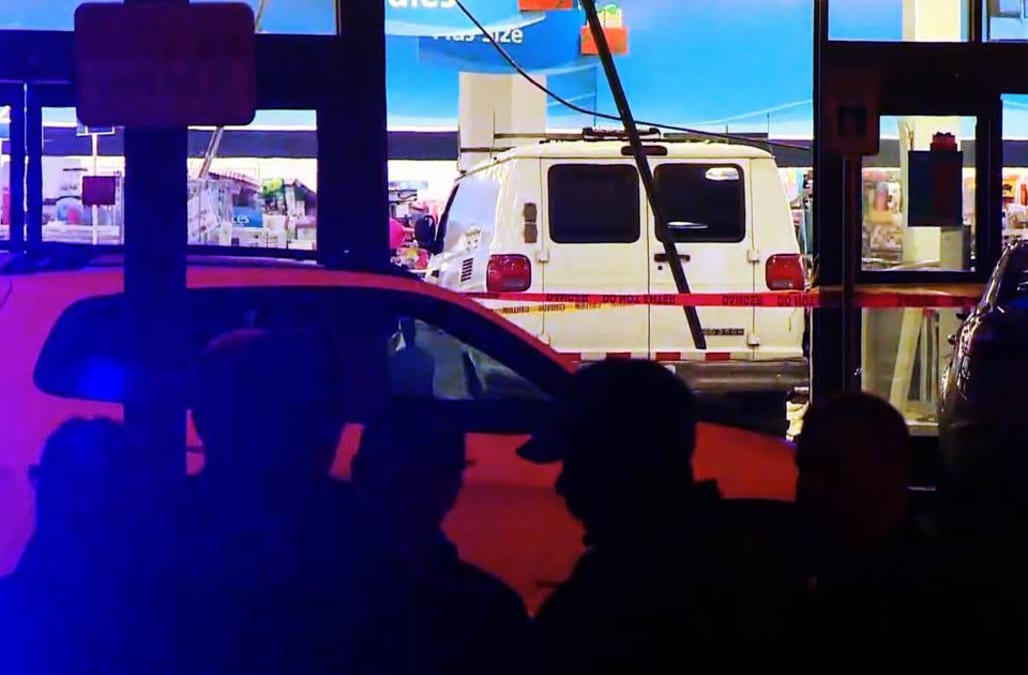 Eleven people were injured, three of them critically, after a man crashed his van into a Washington state clothing store Monday night.

The crash happened at around 9:15 p.m. at the Ross Dress for Less in Burien, about 11 miles south of Seattle. King County Sheriff's Sgt. Ryan Abbott said the driver of the van was waiting in the parking lot as a woman was inside the store shoplifting.

After she ran out and got into the vehicle, the driver took off "at a pretty high rate of speed" striking a car in the parking lot before smashing through the store's front window, Abbott said.

The van went past the registers and came to a stop near the clothing section, authorities said.

The van struck a stroller that had a 2-year-old boy inside it. He was taken to the hospital in critical condition, Abbott said.

Yellow and purple crocuses burst from the ground in a city green next to a concrete sidewalk in Seattle, Washington.

The Space Needle seen at sunset

A 41-year-old man and another person, believed to be in their 30s, were also hospitalized in critical condition. Eight others were also injured in the crash.

"Fire and deputies got here really quickly on scene and were able to start treating victims right away, and that is most likely how we didn't lose anybody. Everybody is alive so far and everybody has been transported and being treated at the best hospitals that we have," Abbott said.

The driver of the van, a 51-year-old man, was arrested for suspicion of driving under the influence and vehicular assault, the sheriff's office said in a tweet. The female passenger was taken into custody on an unrelated warrant and for shoplifting.

The crash remains under investigation.