Woman appalled by package thief's audacious note: 'This is ridiculous' 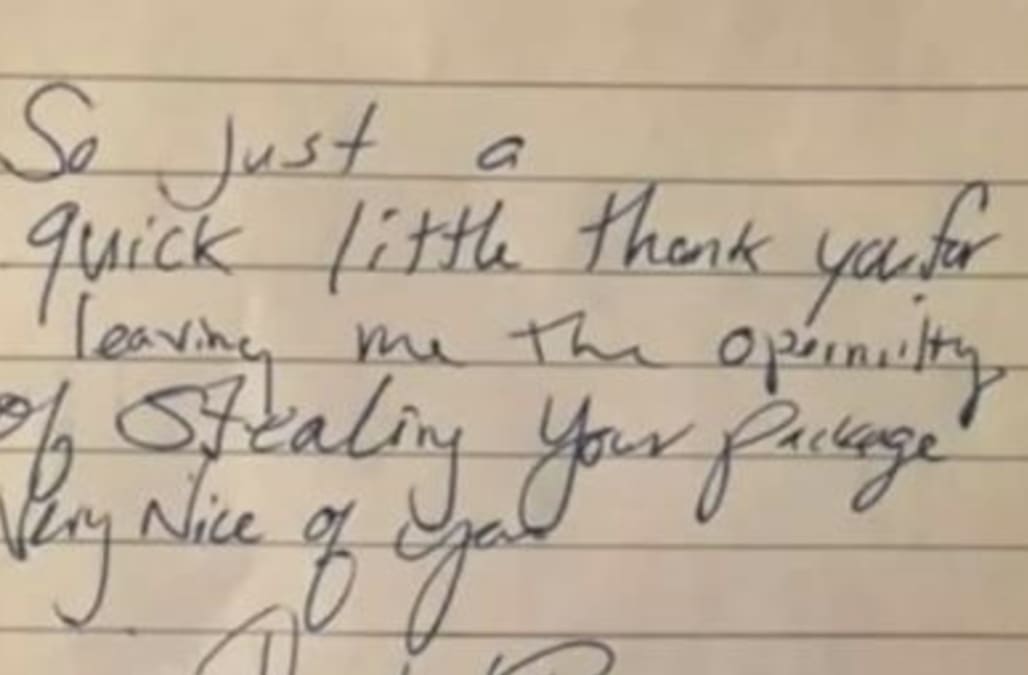 A package thief made a bad situation even worse after they left a note thanking a woman for leaving them the "opportunity" to steal her package.

Hilary Smith's Christmas gift for her boss was delivered to her home in St. Paul, Minn. When she went to retrieve her package from her porch, it was gone — but there was was a note in its place.

"I looked down, and there was a piece of notebook paper folded neatly on the top step, where the package probably should have been," Smith told WCCO.

The package thief not only took the gift but thanked Smith in a handwritten letter that left her "flabbergasted."

"So just a quick little thank you for leaving me the opportunity of stealing your package," the thief wrote. "Very nice of you. Thank you."

The note was signed, "The new owner of your package."

"I do appreciate a nicely-crafted 'thank you' note, but this is ridiculous," Smith told WCCO. "I was angry and confused and quite flabbergasted someone would actually leave a 'thank you' note when they steal a package."

After posting the letter on social media, local police caught wind of the crime. St. Paul Police Sgt. Mike Ernster said police have never seen a thief leave a note like this.

"I don’t know what to chalk it up to. It’s so unheard of," Ernster said.

Ernster urged people to report these crimes as soon as they happen so police can "keep track of them and hopefully solve them."