Suspended videographer in Spygate 2.0 says he had 'no intention' to give footage to Patriots 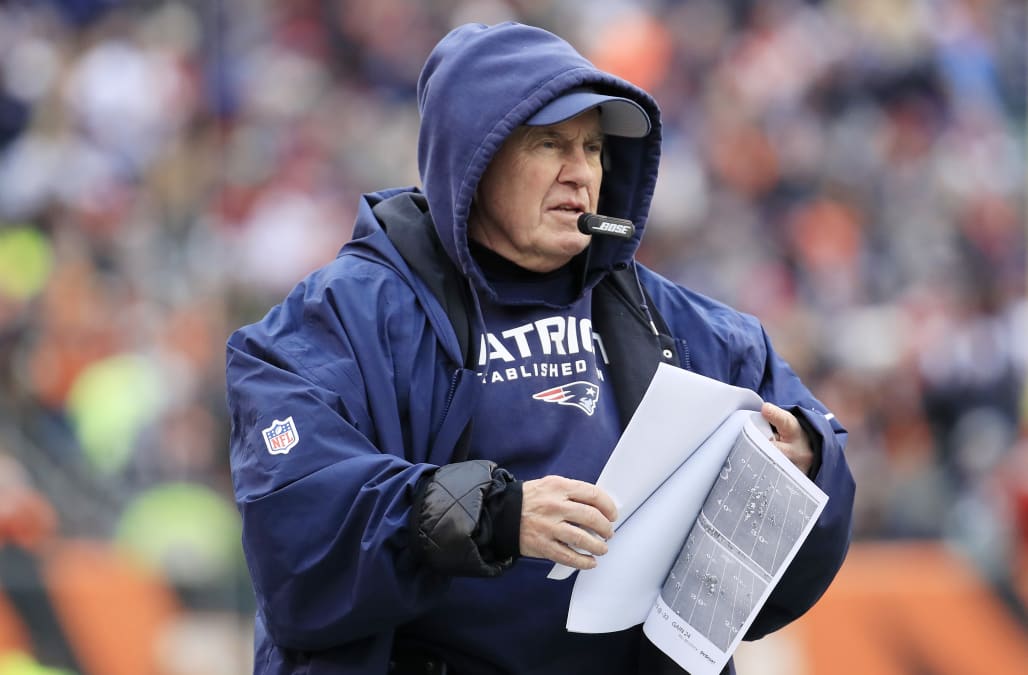 We’re still waiting for the NFL to hand down punishment (if there’s any) for Spygate 2.0, but the videographer who kicked it all off reportedly didn’t have to wait.

According to the Boston Globe, the New England Patriots have suspended the videographer who filmed the Cincinnati Bengals’ sideline during Week 14. The Globe reported that his name is Dave Mondillo, and he’s a longtime employee in the sports and entertainment division of the Kraft Group, part of Patriots owner Robert Kraft’s business empire.

Mondillo and a crew of contractors were at FirstEnergy Stadium in Cleveland last week, ostensibly recording footage of a Patriots advance scout for a team video feature called “Do Your Job.”

“One of the segments was to follow a pro scout throughout his week to show the audience what his job entails,” Mondillo said in a statement on Sunday afternoon. “Before the shoot began, I obtained permission and received credentials and a parking pass for Sunday’s game.

“With permission in hand, we started taping on December 6th — following the scout’s travel through the weekend to Cleveland and obtained footage of him working in his hotel room and interviewed him about his job.”

A Bengals employee then spotted them shooting the sideline from the press box during the game, which is prohibited, and got security involved.

That resulted in an interview with security, and during that interview a member of the crew repeatedly said that the footage could be erased and they could all just forget this happened. Fox Sports obtained both the footage shot and the audio of the interview between the Bengals and the video crew, which they broadcast on Sunday.

FOX Sports has released footage of what the Patriots were filming on the Bengals sideline.

The footage doesn’t look like much, but why were they shooting it to begin with? In his statement, Mondillo said they wanted the footage showing what the scout was seeing for the segment.

“The final element needed to complete the story was to shoot from the press box at Progressive Field to show the audience what his responsibilities are on game day,” Mondillo said in a statement. “We went directly to the press box and set up our camera to get the footage we needed. We interviewed and shot the Patriots scout sitting in a chair watching the action and panned back and forth from him to what he was seeing on the sidelines.

“We also took footage of the field as the intent was to show what he was looking at when he looked through his binoculars watching the game.”

Mondillo said he then went to the bathroom. When he came back, he found his cameraman speaking with security.

“We stopped shooting immediately when asked to do so and cooperated fully,” Mondillo said in a statement. “We had a detailed exchange about who we were and why we were there and what they wanted us to do. I gave the Sony SXS card to NFL security and we complied with their request, packed up and went home.

“I had no intention to provide footage to football operations, I did not provide any footage and I was never asked to do so.”

Regardless of the reasoning, it’s bad news for the Patriots. There’s no timeline for when punishment may be handed down, but it could potentially include thousands of dollars in fines and the loss of a number of draft picks.