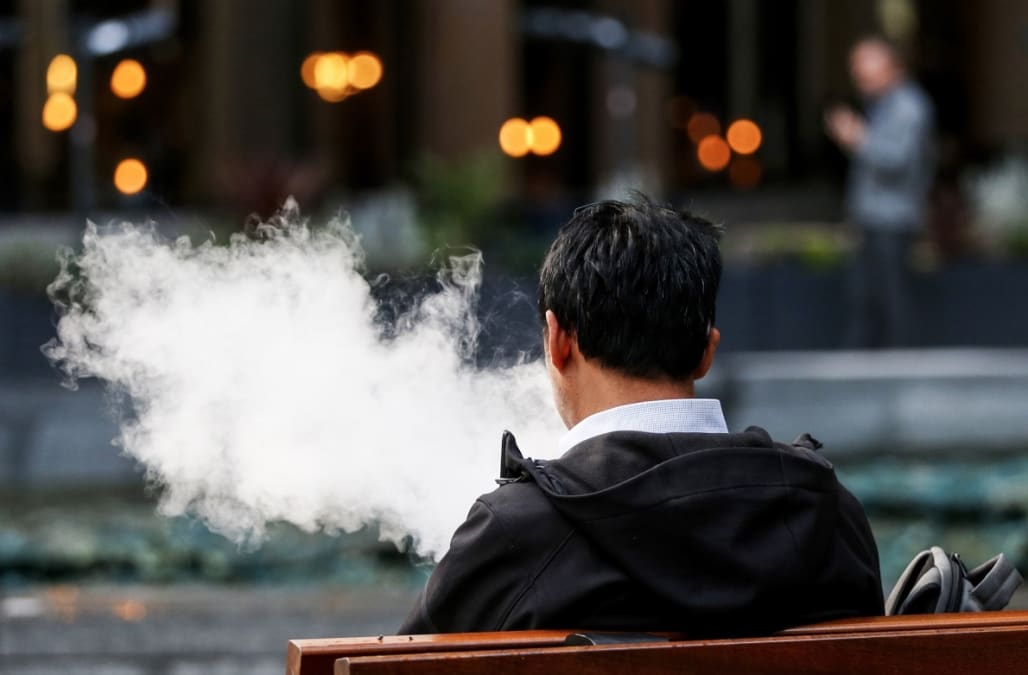 The first study on the long-term health effects of electronic cigarettes finds that the devices are linked to an increased risk of chronic lung diseases, according to research published Monday in the American Journal of Preventive Medicine.

The findings are expected to confound theories that e-cigarettes are a safer alternative for long-time adult users of tobacco.

By 2016, investigators found people who used e-cigarettes were 30 percent more likely to have developed a chronic lung disease, including asthma, bronchitis and emphysema, than nonusers.

"E-cigarette use predicted the development of lung disease over a very short period of time. It only took three years," said the study's author, Stanton Glantz, of the Center for Tobacco Control Research and Education of the University of California, San Francisco.

While the study's focus was on people who vaped nicotine, it's possible some may have also vaped THC products, Glantz said.

Those who smoked regular, combustible cigarettes had a higher risk of developing chronic lung diseases than those who used only e-cigarettes. But the study also found many adult smokers who tried e-cigarettes ended up using both forms of tobacco.

"Most adults who use e-cigarettes continue to smoke," Glantz told NBC News. "And if they do that, they get the risks of the smoking plus the risk of the e-cigarette."

The research adds to a growing body of evidence that vaping can cause physical harm, whether it's chemical burns to lung tissue, toxic metals that leave lasting scars on lungs, vitamin E oil that clogs lungs or even overheated batteries that explode.

The illnesses described in the new research are different from the recent spike in vaping-related illnesses, called EVALI, or e-cigarette or vaping associated lung injury. Last week, the Centers for Disease Control and Prevention reported 2,409 cases across all 50 states, plus Washington, D.C., Puerto Rico and the U.S. Virgin Islands.

Despite months of investigation, no single cause has been identified to explain all of those cases. Carrier oils, such as vitamin E acetate, heavy metals, flavorings and other toxins have all been implicated. The vast majority of cases have involved vaping marijuana's psychoactive ingredient, THC. And in many cases, counterfeit vapes were used.

One factor that's complicated the EVALI investigation is that many patients report using many different products. According to the CDC, EVALI patients have reported 152 THC vape brands.

A separate study published Monday, also in the American Journal of Preventive Medicine, found that the trend of using a variety of products extends to teenagers who vape.

Researchers at the University of Nebraska Medical Center analyzed data from a 2017 survey, which included 14,560 teens. Twelve percent said they had vaped within the previous month. Three-quarters of those kids reported having vaped nicotine, marijuana or multiple substances. The rest said they'd only vaped flavors.

That same survey repeated this year found that the number of teenagers who vape had doubled from 2017.

"Continuous surveillance of youth behaviors and strategies and interventions to reduce youth e-cigarette use are needed," Mohammad Siahpush, a co-author of the research and an associate dean for research at the University of Nebraska Medical Center's College of Public Health, said in a news release.

"The truth is that no form of tobacco is safe," he added.

More from NBC News:
Millions for gun safety research approved by Congress for first time in decades
Americans don't protest in the streets like the French do — yet
'Little tells': Why the battle against deepfakes in 2020 may rely on verbal tics