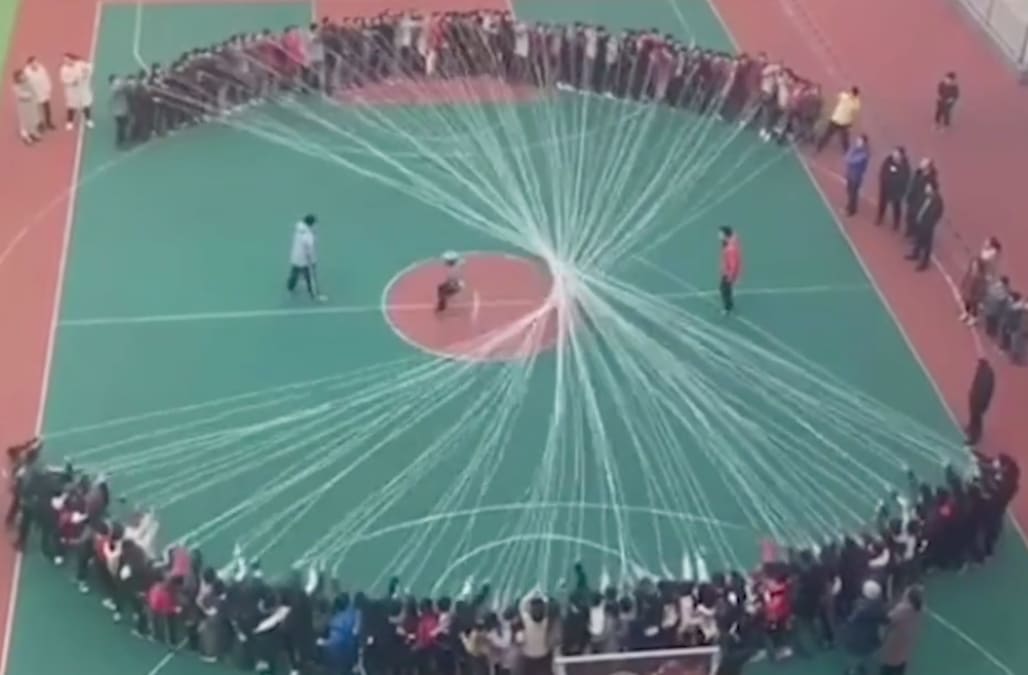 A group of students in eastern China showcased impressive turning and jumping skills, taking the traditional jump rope game to a new level.

The jaw-dropping clip displays dozens of children swinging ropes in unison and counting while one student stands in the center and leaps over them.

The video, which was originally uploaded by Newsflare, was filmed on Dec. 6 in the city of Xuzhou in the Jiangsu province. One of the clips making the rounds on social media has nearly 470K views on Twitter.