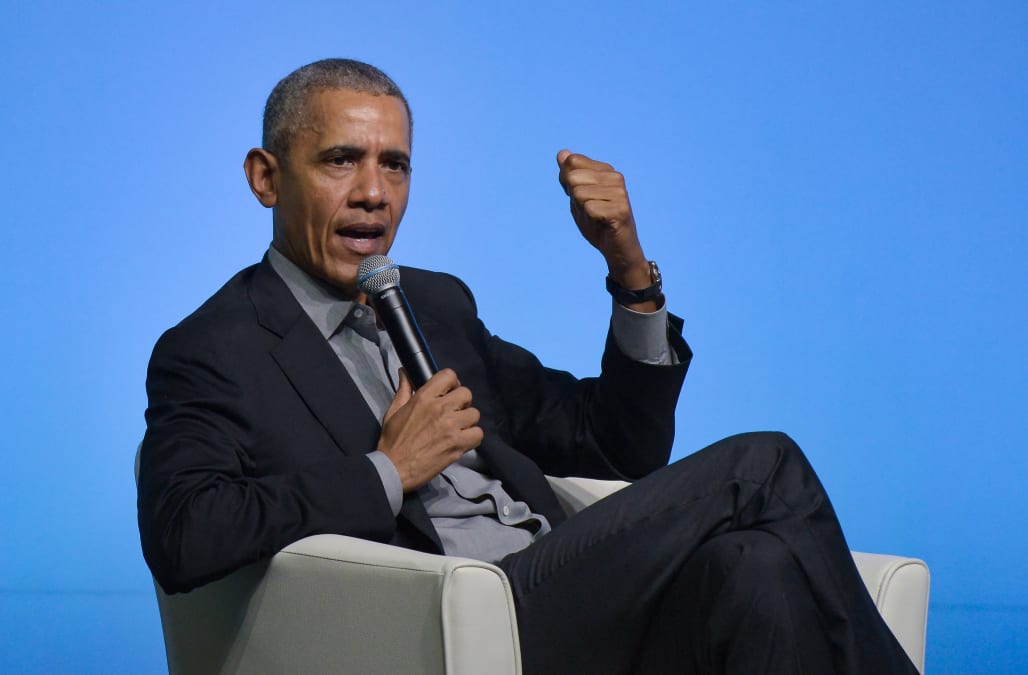 Former President Barack Obama thinks a world run by women would be a better place.

Speaking at a leadership event in Singapore, the former president told an audience that women aren't perfect, but "what I can say pretty indisputably is that you're better than us [men]," the BBC reported.

"I'm absolutely confident that for two years if every nation on earth was run by women, you would see a significant improvement across the board on just about everything... living standards and outcomes," he continued.

Obama also addressed whether he would ever step back into political leadership. He said leaders should recognize when it is time for them to step down and let younger people take the lead.

Since leaving office, the former president and his wife, former first lady Michelle Obama, have set up the Obama Foundation, which, in part, focuses on mentoring young leaders around the world.

The former first lady has recently been visiting Asia to promote girls’ education. She urged girls to fight imposter syndrome and speak up.

"We need women and diverse minds, people who think differently and have different religious beliefs, because truth and the right answers come from diversity of experiences," she said during an event in Malaysia last week.

“Imposter syndrome is a thing in your head.” @MichelleObama shares her personal experience with overcoming that feeling—and tells #ObamaLeaders that they belong. pic.twitter.com/UKlhzUxY4i