Number of Trump's 'false or misleading claims' rose dramatically in 2019 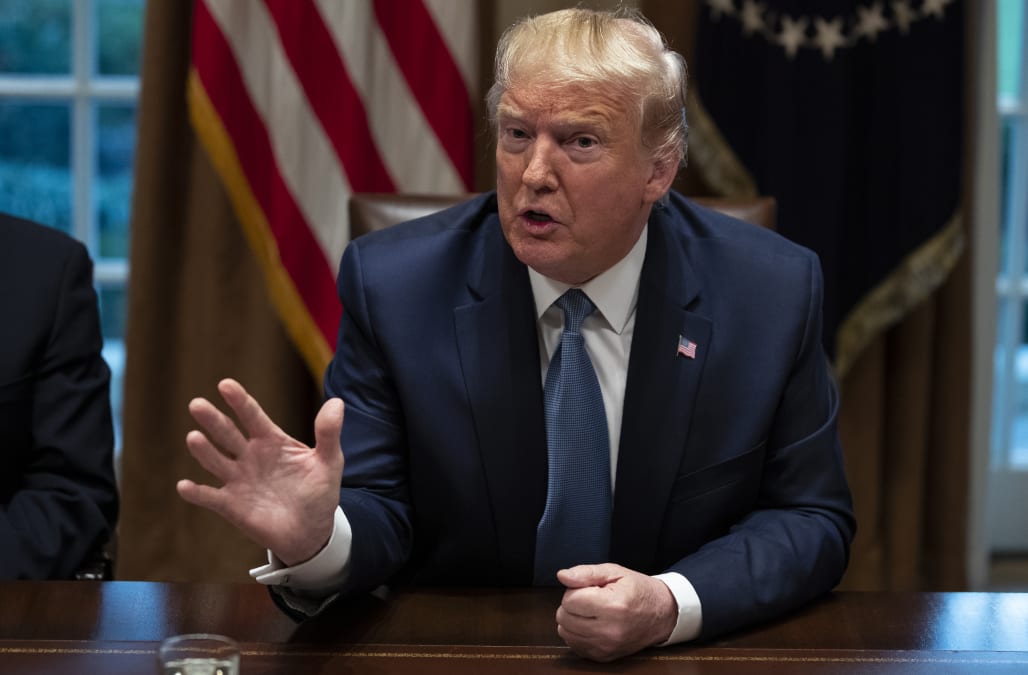 When it comes to telling the truth, it has not been a banner year for the president of the United States.

Over the course of 2019, President Trump has more than doubled the number of false or misleading claims that he made the two previous years, the Washington Post reported Monday.

The paper, which has kept a running count of Trump’s untruths and mischaracterizations of facts, found that Trump “made nearly 1,999 false or misleading claims” in 2017 and another 5,689 in 2018.

As of Dec. 10 of this year, however, that number had risen to 15,413, meaning that, on average, the president has made false or misleading statements 14 times each day he has been in office.

The main reason for the precipitous increase in the president’s falsehoods, according to the Post, is the scrutiny that a whistleblower complaint brought to Trump’s July 25 call with Ukrainian President Volodymyr Zelensky. A transcript of that call confirmed the whistleblower’s account that Trump had requested that Zelensky investigate former Vice President Joe Biden and his son Hunter as well as a discredited conspiracy theory that Ukraine had interfered in the 2016 U.S. presidential election on behalf of Hillary Clinton.

The House of Representatives is set to vote Wednesday on whether to impeach Trump on articles that allege he abused the power of his office by requesting that a foreign power investigate a domestic political rival and that he obstructed Congress by blocking members of his administration from testifying in the impeachment inquiry.

Trump has often criticized the Washington Post and its owner, Jeff Bezos, as members of what he calls the “fake news.” The online retailer that Bezos founded, Amazon, filed a lawsuit last month alleging that Trump’s frequent public attacks had resulted in the company’s loss of a $10 billion cloud services contract with the Department of Defense.

More from Yahoo News:
New Fox News poll on impeachment contradicts the view of its most loyal viewer
Trump impeachment FAQ: What you need to know