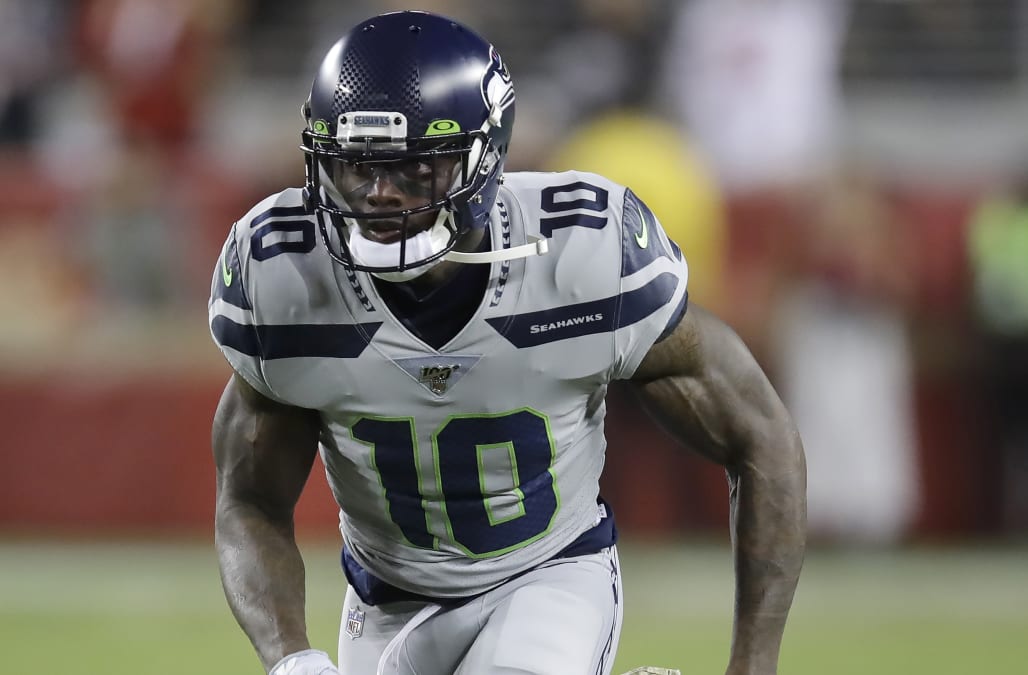 The Seahawks announced the news Monday afternoon. It is not clear what substance prompted Gordon’s suspension.

STATEMENT BY AN NFL SPOKESPERSON:

Josh Gordon of the Seattle Seahawks has been suspended indefinitely without pay for violating the NFL policies on performance-enhancing substances and substances of abuse.

Another setback for troubled receiver

Gordon broke out with the Cleveland Browns after being selected in the second round of the 2012 supplemental draft, but has struggled with substance abuse and mental health issues throughout his career.

Signs of his struggles surfaced during his college career at Baylor, where he was suspended indefinitely in 2011 for testing positive for marijuana. He had previously been cited for marijuana possession after police say they found him passed out in the passenger seat of a teammate’s car in a Taco Bell drive-thru.

After catching 50 passes for 805 yards and five touchdowns as a rookie, the NFL suspended Gordon for the first two games of the 2013 season for violating the league’s substance-abuse policy.

Despite the two-game ban, Gordon posted a remarkable sophomore NFL effort with 89 catches for a league-leading 1,646 yards and nine touchdowns — a performance that announced his status as one of the league’s top talents.

During the 2014 offseason, police in Raleigh, North Carolina arrested Gordon on DWI charges. His blood alcohol level tested at .09, over the legal limit of .08. The NFL later suspended him for the 2014 season before reducing it to 10 games. He played five games for the Browns that season.

The NFL suspended Gordon again for the entire 2015 season for another violation of the league’s substance abuse policy after testing positive for alcohol. That suspension prompted Gordon to write an open letter in The Cauldron detailing his background and struggles with substance abuse amid a wave of criticism.

“Most importantly, I have failed myself. Again,” Gordon wrote.

After missing the 2015 season, Gordon reportedly failed another drug test and had his initial reinstatement request for the 2016 season denied. The league eventually extended his suspension through the first four games of the season.

Instead of reporting to the Brown when he was eligible, Gordon opted to enter an in-patient rehab clinic and missed the entirety of a second straight season.

Gordon returned to the Browns for the end of the 2017 season after being reinstated by the league. He played five games that season, tallying 18 catches for 335 yards.

Gordon played one game for the Browns in 2018 before the team cut ties with him over reported “trust” issues.

The Patriots then traded for Gordon for a fifth-round draft pick. Gordon played 11 games that season for New England, tallying 40 catches for 720 yards and three touchdowns.

The NFL suspended Gordon again in December of 2018 shortly after Gordon announced he was taking a break from football to focus on his mental health.

The league reinstated Gordon in time for the start of this season, where he played the first six games in New England, tallying 20 catches for 287 yards and a touchdown. Gordon then landed on injured reserve with a knee injury before the Patriots released him, allowing him to sign with the Seahawks.

Gordon played five games with the Seahawks, tallying seven catches for 139 yards, including a 58-yard catch on Sunday in a win over the Carolina Panthers.

More from Yahoo Sports:
Suspended videographer in Spygate 2.0 says he had 'no intention' to give footage to Patriots
Bills fans met their playoff-bound team at airport. At 2 a.m. In below-freezing temps
The Giants gave Eli Manning the home farewell he deserves